Why didn’t the death penalty bill see the House floor?

A Senate bill that would eliminate the death penalty in Washington State is no longer in consideration this session, even though it reportedly had strong support in both chambers.

The Senate passed the legislation on a 28-19 vote in February, and the bill made it out of the House Public Safety Committee earlier this month — but it didn’t see the House floor ahead of Wednesday’s deadline for non-budget bills to pass out of the opposite chamber.


Washington Attorney General Bob Ferguson, who requested the bill, said it had the votes to make it out of the House, had it been put to a vote.

“Like many Washingtonians, I’m extraordinarily disappointed the House of Representatives refused to bring death penalty repeal legislation up for a vote,” Ferguson said in an email. “Simply put, the votes are there. We provided House leadership with a bipartisan list of 54 Members committed to voting to abolish Washington’s death penalty. There’s no other way to put it – I’m extremely disappointed.”

So, why didn’t the bill make it to the House floor?

Sen. Reuven Carlyle, the prime sponsor on the bill, said House leadership made the decision.

“There’s absolutely no rationale, justification, or excuses,” Carlyle said. “This was simply a decision by the Speaker not to allow a vote. It’s no more fancy than that. That’s it. It was his individual, personal choice. And he made it.”

Rep. Roger Goodman, who co-sponsored a companion bill, said his caucus was focused on other priorities.

“Our focus and our energy has been on criminal justice reforms that are going to make a difference today to people who are incarcerated, and that are also more important to improving public safety today,” Goodman said.

Goodman named two bills as examples of those reforms: a motor-vehicle theft bill that would reduce incarceration time and increase supervision time, as well as a bill that removes robbery in the second degree from the offenses that are subject to Washington’s three strikes law — both bills passed out of the House this week.

Those reforms, Goodman said, “really make a difference today.” In contrast, Gov. Jay Inslee declared a moratorium on the death penalty in 2014, and the Washington State Supreme Court ruled the death penalty invalid — as it’s applied in the state — last October.

Carlyle, though, sees “emphatic, unequivocal support” from the Supreme Court, the attorney general, and the executive branch as reasons passing the bill should be a priority.

“It’s unfortunate that, virtually, everyone agrees except for the leadership of the House of Representatives,” Carlyle said. “They made an intentional choice not to allow a vote, even though the votes on the House floor are in the majority…I think that’s a sad reflection on the lack of prioritization and urgency that the leadership has placed on modernizing our criminal justice system and joining the global movement away from the death penalty.”

Goodman said that he’s still “very disappointed” that the bill didn’t pass through both chambers this session. And both legislators agree that the death penalty, ultimately, should be eliminated.

“The Legislature needs to have the last word on this,” Goodman said. “…I believe it’s important to get it off the books, as a statement of the Legislature that we’ll never be able to fix it. It’s been invalidated four times already in the last century in this state.”

If Carlyle is correct, and House Speaker Frank Chopp made the decision not to bring the bill to a vote this year, the landscape could look different for the bill next session. Chopp is leaving the post he’s held for 20 years.

“I remain deeply committed to this policy,” Carlyle said. “And, we are going to continue in 2020 to get this done.” 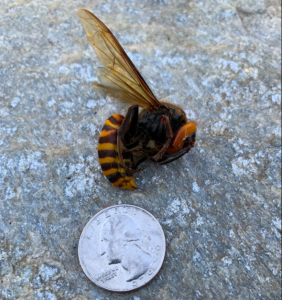 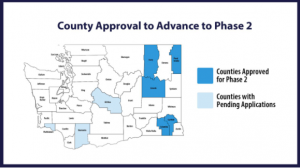