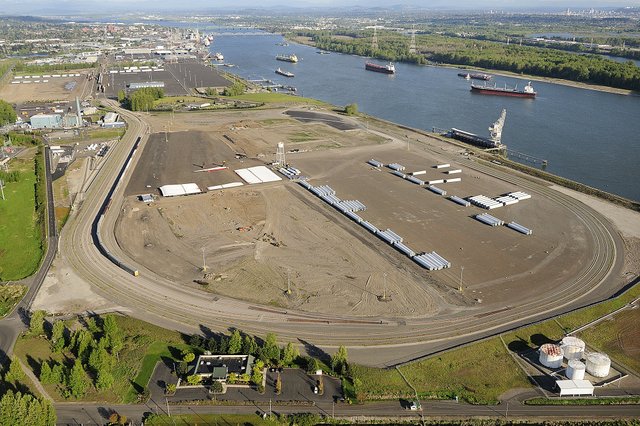 Vancouver Energy has announced it will be ending its four-year pursuit of building the largest oil train terminal in the nation along the Columbia River. They will instead terminate their lease a month early and donate March’s lease payment of approximately $100,000 to local nonprofit organizations.

“While we’re pleased to continue making a positive difference for Vancouver and Southwest Washington through this additional funding for community projects, it’s disappointing we won’t be able to provide the needed family-wage jobs and economic boost for the area that we had envisioned,” said Jared Larrabee, Vancouver Energy general manager in a press release. “We remain convinced that our proposed terminal at the Port of Vancouver USA would have been built and operated safely, and provided immense value to the West Coast and regional economy.”

This project is one of several fossil-fuel energy projects that have hit roadblocks and fierce opposition in Washington over the last few years. In November, the Energy Facility Site Evaluation Council unanimously rejected Vancouver Energy’s application to build the terminal. About a month later, Governor Inslee agreed with the council’s decision.

“The endorsement of the Energy Facility Site Evaluation Council’s faulty recommendation by Governor Inslee is setting an impossible standard for permitting new energy facilities in the state. After over four years of study and tens of millions of dollars, the Vancouver Energy facility and associated state‐of‐the art facilities would have been far superior and more robust with regard to the potential for an earthquake or oil spill, than the crude oil trains that are already moving through the state every day and virtually all existing infrastructure in Washington.”

“Rejecting essential infrastructure on the basis of risks the evaluation council found to be extremely unlikely, and which are inherent to transportation occurring across the country today, is no way to govern.”

Following Inslee’s rejection, is was unclear whether or not Vancouver Energy would appeal the decision in Thurston County Superior Court. But with Tuesday’s announcement, the battle is officially over.