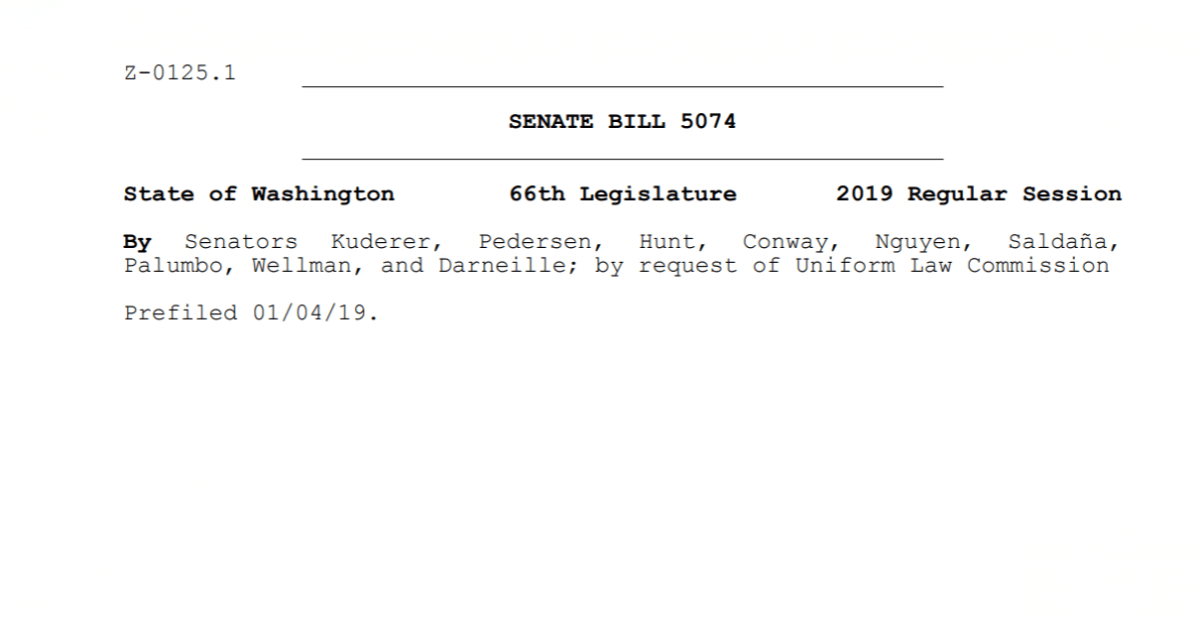 While the Washington Supreme Court evaluates recent arguments in a “faithless electors” case, a bill that would change the laws governing presidential electors is moving in the State Senate.

Presidential electors in Washington sign a pledge to vote for their party’s candidates. Currently, if they vote for candidates outside of their party, they are subject to a $1,000 fine.


In 2016, four Democratic electors voted for candidates outside of their party and were fined. Three of the four challenged the fine — arguments for that case were heard in the state Supreme Court last month.

The bill, which was requested by the Uniform Law Commission and is sponsored by Democrats only, would disqualify any presidential elector who votes for candidates outside of their party’s presidential and vice-presidential nominees and replace them with an alternate.

The $1,000 fine would be abolished, but the electors wouldn’t get reimbursed for their travel to and from the electoral college — they’re currently able to collect those costs.

Sen. Patty Kuderer is the lead sponsor on the bill and led a similar effort last year that stalled in Rules. She testified on behalf of the bill at its public hearing in the Senate State Government, Tribal Relations & Elections Committee last week.

“3.2 million Washingtonians cast their votes for president in 2016, in a winner-take-all contest for our 12 electoral votes,” Kuderer testified. “Four individuals — well-intentioned, I’m sure — decided, though, for the price of $1,000, to undermine the will of the people. I understand the sentiment. But, quite frankly, the role of the elector is a ministerial task. It’s not supposed to have discretion related to it. They sign a pledge where they vow they will vote for the nominee of the party. And when they don’t do that, they dishonor the will of the people.”

This week, the committee voted for it to advance to the Rules Committee with a “do pass” recommendation. All four Democratic committee members (Sens. Hunt, Kuderer, Hasegawa, and Takko) voted it out with a “do pass.”

Sens. Bailey and Zeiger voted that it be referred without recommendation, and Sen. Hawkins voted “do not pass.”

In the recent State Supreme Court arguments, the lawyer on the side of the Washington electors argued that the federal government gave states the power to appoint electors as “choosers” rather than agents of the state. And that, therefore, changing their mind after taking the pledge is their constitutional right.

Nobody testified against the bill in the Senate last week. Rep. Zack Hudgins introduced a companion bill in the House; but no public hearing has been scheduled at this point.