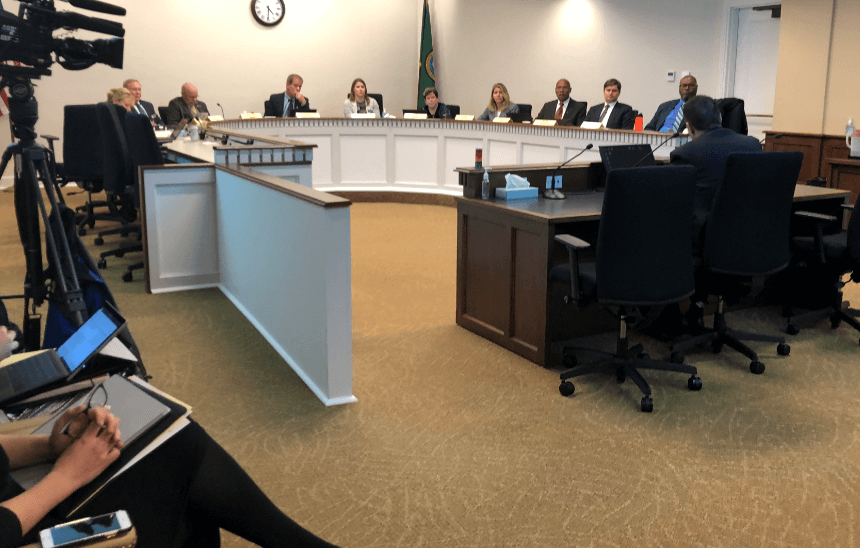 The House Public Safety Committee yesterday heard public testimony on two bills that would eliminate the statute of limitations for certain felony sex crimes, making it possible for such crimes to be prosecuted regardless of how much time has passed since the crime was committed. Meanwhile, lawmakers in the Senate are working on a bill that, while more nuanced, pursues a similar goal.

According to one of the House bill reports, the statute of limitations for some felony sex offenses currently “varies depending on the age of the victim at the time of the offense or when the offense was reported to law enforcement.”

Griffey gave an emotional testimony at the hearing that included personal stories about his wife and daughter, both of whom he said have been victims of sex crimes. Griffey argued that felony sex crimes are second only to murder. There is no statute of limitations for murder, or for several other crimes that result in death.

“We’re making the argument that this crime is so heinous, it affects such a large population, and it’s serial in nature,” Griffey said after the hearing. “That the offenders don’t do it once. They do it hundreds, maybe thousands, of times. So because of that, we think this crime needs to be set aside and treated differently. And it needs to be treated a lot like the way we interpret the statutes for murder, because it’s so damaging, and because the damage they can do can spread far and wide.”

This is Griffey’s fourth time sponsoring bills aimed at the statute of limitations for felony sex crimes. Last year, a substitute bill that covered 18 felony sex crimes passed out of the House and was narrowed down to apply to the two crimes in this year’s narrower bill via amendment in the Senate Law & Justice Committee; it ultimately got stuck in the Senate Rules Committee.

Sen. Jamie Pedersen, who chairs the Senate Law & Justice Committee, said the committee hosted work sessions on the issue at the University of Washington Law School over the interim.

“It was the first thing we did during the interim, at the University of Washington law school,” Pedersen said. “We brought in prosecutors, defense lawyers, victim advocates — and had a big discussion about both criminal and civil statutes of limitations for sexual assault.”

The result, he said, is a bill he’s co-sponsoring that will soon be introduced by Sen. Manka Dhingra.

Pedersen said part of the issue with Griffey’s bill that was heard last session was its “very inflexible” title: “Making felony sex offenses a crime that may be prosecuted at any time after its commission. ”

He said that title meant they couldn’t extend certain statutes of limitations, which is part of the plan for Dhingra’s bill.

In addition to those changes to the statutes, Pedersen said the bill would remove language in the statute for rape in the third degree that requires a victim to express a lack of consent.

At the hearing in the House yesterday, Griffey said he was open to ideas for amendments to his bills from the Senate. The ideas he mentioned after the hearing included elements of Dhingra’s bill, such as eliminating the rule that requires survivors to report within one year.

“My belief is that the chair of the [Senate] Law & Justice Committee is an honorable man and trying to do honorable work, and I think he’s come up with language that I would be willing to put into the bill,” Griffey said. “Does it eliminate the statute of limitations? No. But it does eliminate some of the barriers.”

Rep. Roger Goodman, who chairs the House Public Safety Committee, said there’d be executive action taken on one of the House bills Friday, February 1. In the meantime, Griffey said he plans to meet with Pedersen on the topic. Pedersen said a hearing on the Senate bill is likely within the next two weeks or so.

The committee chairs from both chambers are optimistic that this is the year for significant movement on the issue.

“A lot of work has been done in the interim,” Goodman said in the hearing. “We’re getting, I think, pretty close to agreement between the House and the Senate. So, I don’t want to say I’m fully confident, but I’m pretty confident we’re going to get it done this year.”

Pedersen, when asked, said he was “more than pretty confident.” 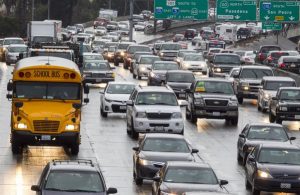 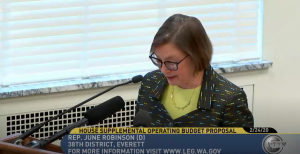