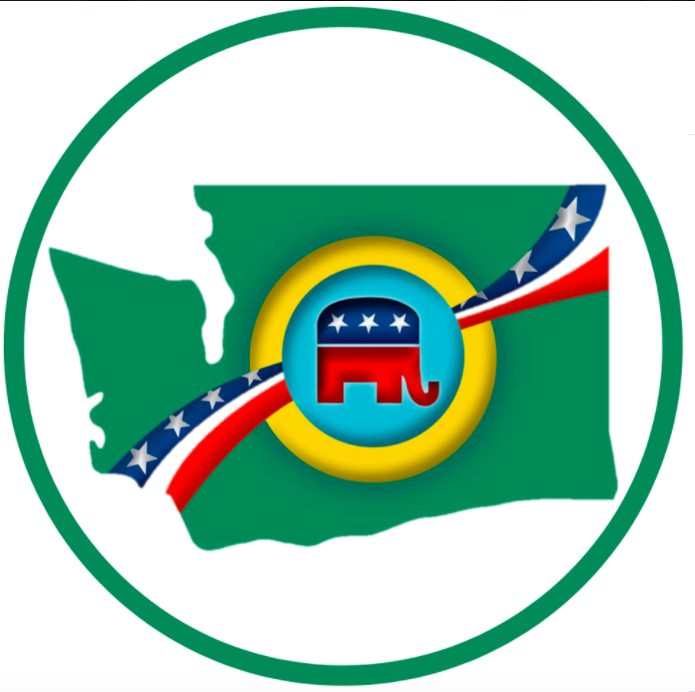 Results released last week from a King 5 News Poll measuring head-to-head match-ups between Gov. Inslee and several Republican challengers suggest the Governor holds a sizable lead in his bid for a third term. Loren Culp and Phil Fortunato both garnered 32% in a hypothetical matchup with Inslee, who won 61%.

The Governor also managed to hit 60% against Joshua Freed, who got 31%, and against moderate Republican Raul Garcia, who got 32%. Inslee’s 62% showing against Tim Eyman (31%) was the most favorable matchup of the poll for him.

To contextualize these poll results, the Wire reached out to a few Washington State political consultants. The consultants identified three key factors for Republicans this election: COVID-19, President Trump, and the unwillingness of several leading candidates to run on a mainstream message.

Yeah, those are pretty stark results, but probably overstate Inslee’s advantages. Inslee definitely has the inside track to victory but he is unlikely to win by the 2-1 margin shown in this poll.  Before the coronavirus hit, Inslee had relatively soft approval numbers and looked potentially vulnerable to the right challenger,” said Anthony Hemstad, Principal at Hemstad Consulting and a board member at Mainstream Republicans of Washington

In one King 5 poll conducted before the coronavirus pandemic in January, 2020, 41% of respondents approved of Inslee’s job performance. Four months later in May, polling showed lopsided margins between Inslee and several of his Republican opponents. Those four months were a period in which Inslee garnered praise from public health experts and attention from the national media due to his handling of the state’s response to the coronavirus.

The gap between Inslee and his nearest competition was wider in May of 2020 than it was in May of 2016 against eventual Republican nominee, Bill Bryant.

Fast forward two months from May of this year to the most recent King 5 poll and Inslee appears to be in a stronger position than ever.

Inslee has benefited from not having a clear challenger and has received heavy media coverage for his actions in fighting the coronavirus,” continued Hemstad. “Meanwhile the Republicans have generally been starved of major media coverage for their own gubernatorial campaigns and have had very mixed campaign messages coming from five different relatively credible candidates.  None of the Republican candidates have had the financial heft to advertise enough to introduce themselves to a wider Washington audience, so for most voters this remains a relatively unknown field of Republican challengers.”

In addition to the coronavirus-related polling bump Insee has experienced, consultants agreed that President Trump’s impending presence on the ballot makes the race challenging for Republican candidates on multiple fronts.

Overall, I’d say that Trump is dragging down the GOP ticket from the top and is so polarizing that GOP candidates will be forced to align or disavow him and either one of those has significant risks for GOP candidates,” said Crystal Fincher, Principal at Fincher Consulting. “Because of that, the GOP field hasn’t attracted candidates of the profile or caliber as we’ve seen in the past. These candidates either do not have the kind of name ID or experience as high-profile elected officials in the state. They also aren’t attracting the support or spending that we’ve traditionally seen from GOP challengers. All of that works together to limit the appeal of the GOP candidates and their ability to communicate with voters. At the same time, Inslee has been visibly engaged in leading our state through a crisis.”

Based on the electoral history of gubernatorial races in Washington State, overcoming the downstream political impact of a polarizing presidential candidate is a rarity.

The polarizing effect of President Trump, and the way in which he’s subsumed the Republican “brand” was another point of agreement among consultants. While a driver of negative partisanship against Democrats, Trump inhibits the ability of down ballot Republicans to run on a mainstream message, Hemstad said.

What we are seeing in this poll result is that there is really a Republican base vote of just over 30% statewide.  With that minimal variation in the poll match-up results, the Republican candidates are basically each being seen right now as ‘generic Republican.’  That isn’t a good look currently given the national political dynamics and how deeply unpopular Trump is in western Washington.  That same poll showed Trump with only a 25% approval rating in Washington – that low approval number is a real drag on other Republican candidates further down the ballot.”

Another consultant on the other side of the aisle was quick to diagnose the Republicans’ malady as one that exists both among the specific candidates and in the Republican party at large.

Governor Inslee’s impressive leadership during the pandemic contrasted with the completely inept field of Republican challengers makes for a historic mismatch. The Republican party will have to stop being a clown show of right-wing extremists if they ever want to be relevant in Washington again,” said Aaron Ostrom, Executive Director of the progressive political consulting firm, Fuse Washington.

In March, Tim Eyman, Joshua Freed, and Phil Fortunato all appeared at an Olympia protest against the public health measures put in place to slow the spread of coronavirus. At that rally, one Republican legislator, Rep. Sutherland, called for the start of a “revolution.” Some said that their presence at the rally signaled a alignment with the more reactionary wing of today’s Republican party.

On the policy front, Loren Culp is in favor of “zero-tolerance” drug policies and as the Police Chief in Republic, WA, he drew attention to himself for refusing to enforce a ballot initiative approved by Washington voters that raised the gun ownership to age 21 and strengthened purchasing requirements.

Tim Eyman, the conservative anti-tax activist, is disliked by many and considered to be a divisive figure. While Eyman has the long-term public persona and name recognition that the other Rebuclican candidates lack, Hemstad said that advantage is offset by his reputation: “Washington voters know him but he has very high negatives, so his high name i.d. doesn’t help in a match-up with Inslee.”

Hemstad’s candidate of choice, Dr. Raul Garcia, has been endorsed by quintessential Northwest Republicans such as former Gov. and US Senator Dan Evans, former US Senator Slade Gorton, and former Attorney General Rob McKenna. Nevertheless, Garcia entered the race late and has not attracted much media attention.

Hemstad also said that – as tends to be the case in primary elections – many donors have been waiting to see who will emerge in the top two before they weigh in. Primary voting closes this evening at 8 PM.