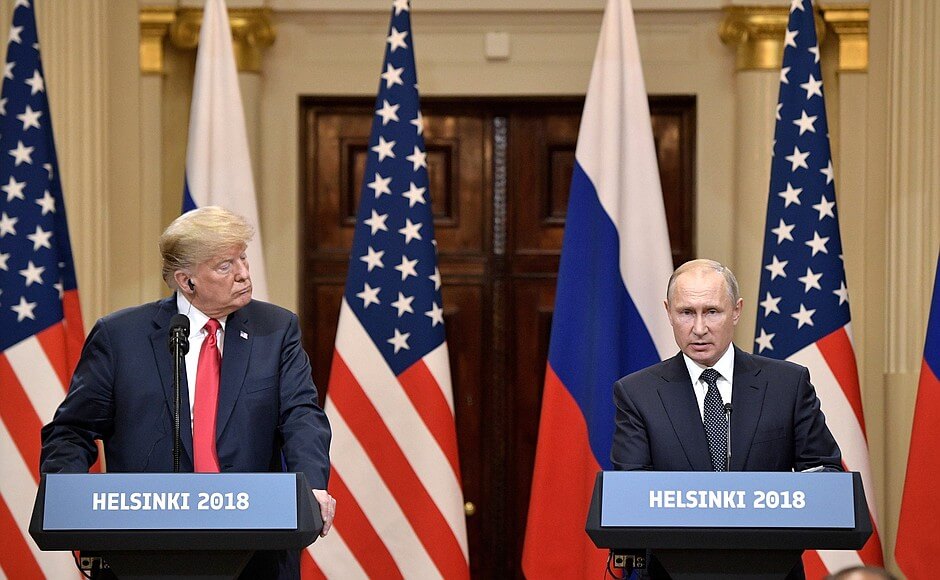 What’s the difference between a Northwest Republican and a Helsinki Republican?

In his wake, to be a modern Republican meant you had to find an ideological home in one of those three branches, while generally accepting the tenets of the other two.

It’s hard to miss how poorly that coalition seems to define President Trump’s form of Republicanism.  Trade tariffs fly in the face of historical economic conservatism, one built on international trade as much as it is on low taxation.  While Trump has been considered solid on policy among many social conservatives, some national security conservatives like Bill Kristol have been deeply frustrated by the president’s recent foreign policy.

The splintering of the coalition is having impacts on the party’s ability to retain loyalists.  According to a recent study from the Pew Research Center, only 26% of registered voters currently identify as Republican. This is the lowest level of partisan affiliation for Republicans since the study began 25 years ago. 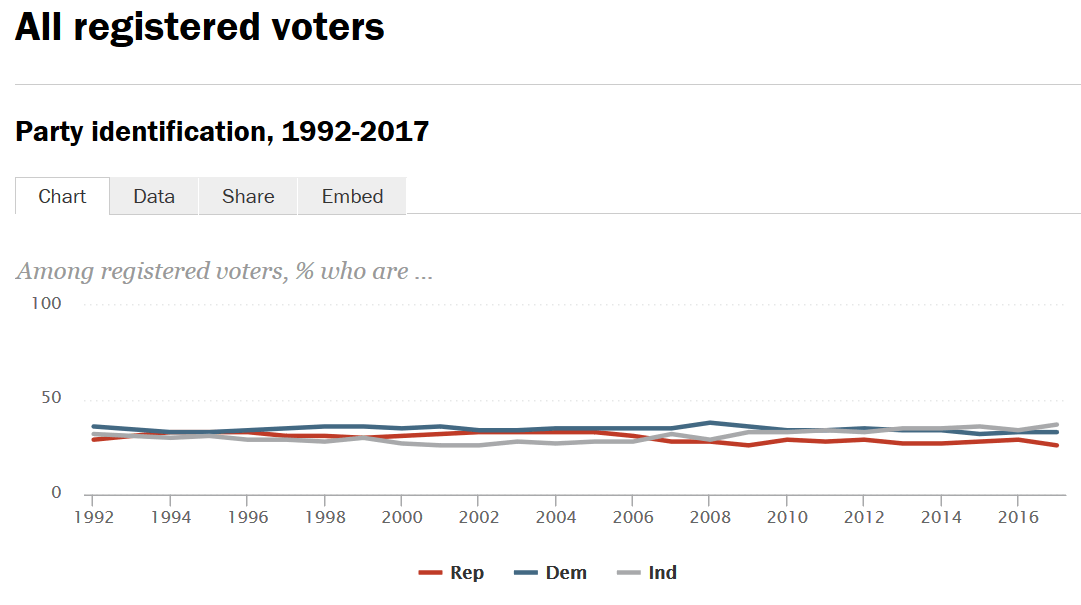 Yet, those that remain with the party – still of course a large, robust and diverse group of folks – continue to stand with their president in the face of a splintering national coalition.  As many as 68% of Republicans believe President Trump’s performance in Helsinki last week was successful, according to a recent ABC poll.

The Republican Party is also made up of various cultural threads.  These threads don’t manifest in the same conservatism of the economic-, social- and national security conservatism outlined above.  Rather, they come from other demographic and geographic commonalities.

Demographically speaking, according to the Pew study, Republicans tend to be white, male, and high school educated.  They are also more religious than Democrats.

When it comes to geography, Republicans tend to do well in rural parts of the frontier West, in more religious parts of the Old South, and increasingly among industrial workers in the Midwest.  They do well among tax sensitive individuals in the southwest, too.

In the Pacific Northwest, particularly in Washington and Oregon, there is a long-standing and revered thread of Republicanism distinct from their partisan cousins in other parts of the country.

Bill Bryant, the Republican candidate for governor in 2016, wrote recently that there were four elements of Northwest Republicanism that separate it from the national party.

“…environmental protection, education, frontier innovation and a desire to be left alone.”

These are the pillars, he argues, of a Northwest Republicanism that “is a little different” from the national party.

Now, foreign policy wasn’t mentioned by Bryant.  But, I think if you asked him, he’d argue that Northwest Republicans are committed to free trade.  He’s an expert in international trade, after all, and built a business in our most-trade-dependent state helping to foster commerce between Washington State and Asia.

He’d probably also argue that Northwest Republicans are strong on defense and national security.  The presence of Boeing and Hanford in our state have created a strong legacy of national security proponents that transcends parties.

That loyalty to the party leader isn’t unique to Republicans, mind you. It was the same thing that Democrats said in the 1990s regarding their party leader Bill Clinton as he lied his way through the Lewinski debacle.

The question for Republicans today in Washington State is this:  are you a Helsinki Republican or a Northwest Republican?  It’s very hard to be both.