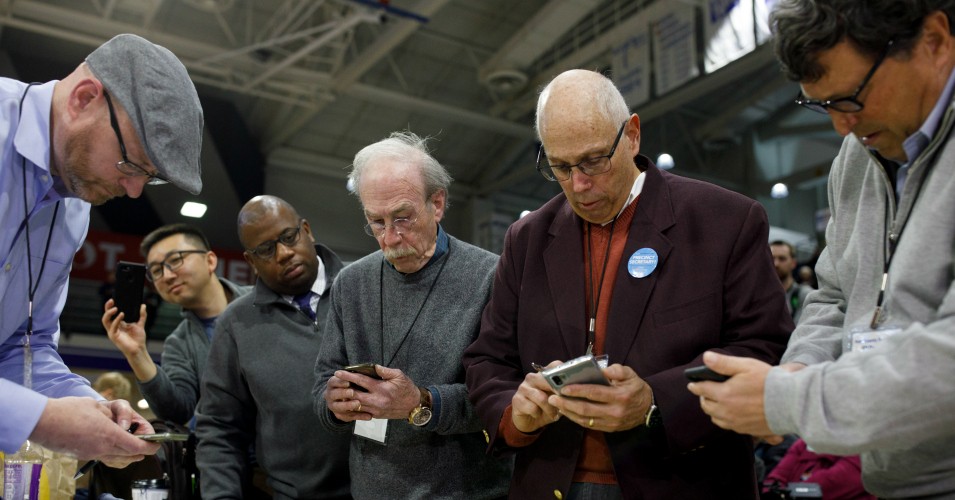 With the final results of the Iowa Caucus still delayed, Secretary of State Kim Wyman and her 2020 opponent, Rep. Gael Tarleton sounded off on the situation in comments made to the Wire.

The caucus disarray—prompting tumult in Iowa and beyond—is occurring just weeks after a local dispute transpired between Wyman and Tarleton over the implementation of mobile voting technology in a still ongoing board of supervisors election in the King County Conservation District (KCD).

KCD election officials are permitting eligible voters to cast ballots on their smartphones via a mobile web portal developed by a private company.

The issues in Iowa are reported to have been the result of several procedural issues, chief among them a malfunctioning app also developed by a private company.

Tarleton warned that the systematic failure in Iowa may be the most important wake-up call of this election season.

Our democracy is not for sale, period. Iowa Democrats shouldn’t have put their trust in a private company to ensure the integrity of caucus results and now the Iowa Democratic Party will have to work to rebuild the trust with voters. Both parties need to take our election security more seriously. Republicans need to denounce foreign interference in our elections. To date our President, U.S. Senate and current WA Secretary of State have not.”

In her comments, Wyman expressed skepticism that voters would trust new electronic voting technology, regardless of how secure the systems are.

My position on electronic voting is, ultimately we have to be able to defend it to the voters. We have to instill confidence…when you’re talking about an electronic voting system or ballot returns, the problem is, you have to trust new technology. The vendors will say it’s block chain, it’s encrypted and has all these security measures. I don’t want to get in a debate about whether or not those are legitimate; it’s bigger than that. It’s about convincing the average voter that these systems are secure.”

While both Tarleton and Wyman underscored the potential implications for confidence in election security, some experts were clear to note that the problems in Iowa can be traced to technological failure, not security.

Right before voting began in a board of supervisors election in the King County Conservation District (KCD), Tusk Philanthropies a New York based mobile voting nonprofit organization, announced the KCD would become the first locality in the country to implement mobile voting.

The implementation is the product of a collaboration between Tusk Philanthropies; the National Cybersecurity Center; and Democracy Live, a private company that develops electronic balloting and voter information technologies.

Following that announcement, Tarleton criticized Wyman for being unaware of the KCD’s plans and, in particular, its decision to allow a private company to develop the mobile voting technology.

As of last year, given what we knew about the decisions that were going to need to be made at local levels to conduct their local elections, her responsibility was to get to those election authorities and say, ‘This is what we understand about risk. So, if you’re considering hiring a private entity to conduct a local election, pay for it, and use a mobile app they developed, let me know.’

All of our certification references are to systems that are going to tabulate or count a ballot. These systems are ballot delivery systems, so the vendors will say, ‘we’re not tabulating anything, all we’re doing is transmitting them in a secure way from the voter to the county election office.’ Right now there is not anything that is clear in state law that requires them to get a certification or holds them to any standard. That’s part of why we wrote the bill for email and tax ballot returns to be taken out out of the statute, because they are not secure methods. That’s where I think the auditors and the elections officials are using that gray area in the law to use these ballot return systems. I’m concerned these systems may not have the robustness we need to really instill confidence.”

For the upcoming Washington presidential primary on March 10, almost 19,000 overseas and military voters registered in Pierce County will be able to vote directly from their smartphones or personal computers. The voters have the option of using OmniBallot, another tool created by Democracy Live, to cast their ballots electronically.

In Mason County, approximately 500 military and overseas voters will be permitted to vote through a different mobile application, created by the Boston-based mobile voting company, Voatz.

Wyman said her office will work with the counties to monitor the situation.