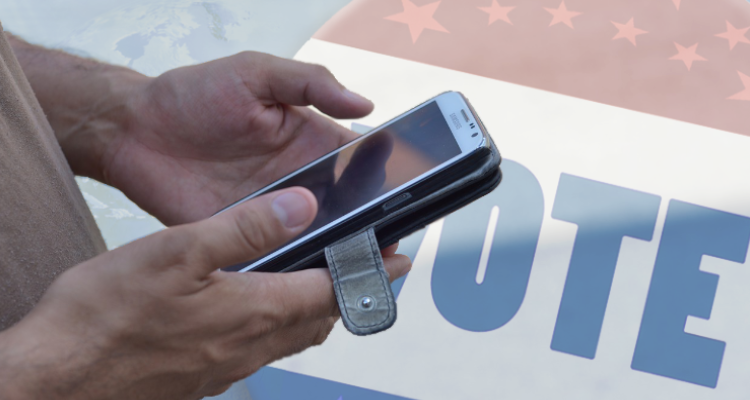 After early voting began in an election which will — for the first time in the country — permit residents to vote via smartphone, Representative Gael Tarleton rebuked Secretary of State Kim Wyman for allowing the technology to be implemented on her watch.

The dispute began after King County Elections announced that it would permit the use of smartphone voting for an upcoming board of supervisors election.

In a voting period which began on January 22nd and ends on February 11th, King County’s 1.2 million residents can use a personal smartphone device to cast their ballot.

Following an initial press release where Tarleton issued sharp criticism of Wyman for “allowing unsecured smartphone and online voting in the wake of clear evidence that it is easily hacked and compromised,” Tarleton reaffirmed her consternation in comments made to the Wire.

It’s not okay to just watch and wait when you know an election is being conducted with a technology that has been universally identified as one of the biggest risks to election security in the country. She is the chief elections officer in the state, and she is responsible for the integrity of the voter files, the election systems, and all of the data regarding ballots returned. It is not okay to just say, ‘it’s not my job.’ As Secretary of State, the buck will stop with me.

Tarleton launched her campaign for Secretary of State last month, challenging Wyman’s bid for reelection in 2020.

In an initial public statement on the matter, Wyman maintained that her office only recently learned about King County’s plan to implement mobile voting and that her office lacks the authority to prevent the district from doing so.

While my office oversees elections in our state, some taxing district elections, like conservation districts, are not governed by Title 29A of the Revised Code of Washington. This means we do not have the authority to oversee nor set the standards for the conduct of their elections.”

Tarleton asserted that the question of whether Wyman had the authority to stop the implementation is not the central issue at hand, but rather Wyman’s lack of communication with local election officials so that the technology could be tested for risk.

That’s like saying we know a major earthquake is coming but let’s just watch and see what happens. That is not what you do when you know there is a risk to the integrity of elections in this state.”

When asked by the Wire when she first learned about the Conservation District’s plans to allow mobile voting in the upcoming board of supervisors election, Wyman confirmed that she became aware of the plan on Friday, January 17th, five days before voting began.

In terms of the Conversation District, I became aware of it on Friday of last week when KUOW contacted our office and asked for comments on the Conservation District’s use of mobile voting. We reached out and were told there was a press release that went out and that this was happening. So on Tuesday [of last week], I reached out to Julie Wise to get an understanding from her perspective about what was happening in regard to that election and any role King County had in conducting and operating that election.

Wyman admitted that she wished contact had been made sooner with King County election officials, saying, “while I wish they had reached out and talked to us, there wasn’t any communication.” Nevertheless, she highlighted efforts undertaken by her office to strengthen election security over the course of her term.

In terms of being proactive, we have focused all of our attention and all of our efforts into making sure our elections are secure and ready for 2020. With our county partners, we have spent the last four years not only beefing up the cyber security of our systems; creating new firewalls; stronger monitoring and defense system; doing large scale assessments of our systems and having external partners come in and evaluate our systems; but also training our county officials, and doing tabletop exercises.”

Tarleton also criticized for Wyman for being unaware of the Conservation District’s decision to outsource development of the mobile voting technology to a private firm.

As of last year, given what we knew about the decisions that were going to need to be made at local levels to conduct their local elections, her responsibility was to get to those election authorities and say, ‘This is what we understand about risk. So, if you’re considering hiring a private entity to conduct a local election, pay for it, and use a mobile app they developed, let me know.’ We need to do vulnerability assessments on that technology and we need to have an understanding of whether the voter files might be at risk.”

Operationally, the program is a collaboration between Tusk Philanthropies; the National Cybersecurity Center; and Democracy Live, a private firm that develops electronic balloting and voter information technologies.

When asked for her opinion on the involvement of a private firm in the development of technology used in a local election, Wyman again asserted that the issue was outside her purview and that the arrangement was made at the discretion of the King County Elections Director, Julie Wise.

That is Julie Wise’s scope and responsibility to oversee and to decide what her staff can and can’t do. As secretary of state, I try to be very cautious about overstepping my authority or the scope of my responsibility.”

As reported by the Verge, eligible voters can access their ballot through a mobile web portal, verifying their identities with their name, date of birth, and signature. Due to Washington’s vote by mail system, the program’s developers said they could verify voter signatures. They’ve also confirmed that electronic ballots will be printed and counted in paper form.