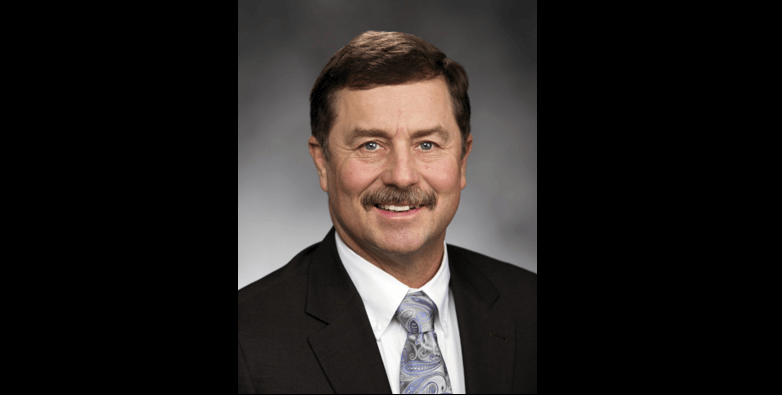 Q&A with Sen. Mark Schoesler on Janus, mental health, and the 2019 legislative session

Senator Mark Schoesler is the Minority Leader of the Washington State Senate and a member of both the Senate Ways & Means and Rules Committees. Schoesler recently spoke with the Washington State Wire about the U.S. Supreme Court’s Janus decision, mental health in Washington, and the legislative priorities we can expect to see in the 2019 session.

Emily Boerger: I recently read your letter to Gov. Inslee asking how he will put the state in compliance with the Janus ruling. In you view, what does the Janus ruling mean for Washington State and what changes need to be made to comply with the decision?

Mark Schoesler: Well, we are pro-choice now on the freedom to join or not join [a union] and we need to avoid any actions that violate this. And I would trust that the governor and his staff will work to make sure that they are respecting the fact that we have to discontinue automatic payroll deductions from public employees…These workers now have freedom of choice.

EB: These automatic payroll deductions are in reference to HB 2751, correct? Does discontinuing these deductions outlined in the bill require action on the part of the legislature?

MS: I think that can be handled through the executive branch. Now that it’s no longer legal, they need to stop. And that’s why I contacted the governor saying that we need to observe the Janus decision that gives workers choice in contract negotiations and not circumvent the Supreme Court.

EB: Is there any legislation you think will be introduced in response to the Janus ruling in the upcoming session?

MS: Well, I think there are those anti-choice people that will try to look for ways to circumvent it, and I think we should move on. Workers have the freedom to choose, so just move on. Public employees are valuable, they do a lot of good and now they have a choice. So, let’s move on to better government, more efficient government, and not bicker over it.

EB: Have you received a response from Inslee as far as a timeline for changes?

EB: What are some of your other big priorities for the 2019 legislative session?

MS: Well, mental health and Western State Hospital. The governor’s inability to get things done is costing us $53 million a year in federal money and the sad part is, is it’s not going to improve the care of the people who need care, to backfill that money. Jay Inslee owns the failure of Western State Hospital and the mental health system in this state… If you go back two years ago, Jonathan Martin at The Seattle Times squarely placed blame for the problems on Inslee when he vetoed a bipartisan bill to create midlevel providers and other reforms to mental health.

Now, Senator Braun proposed a $500 million bond issue to jump start mental health facilities across the state, but that didn’t go anywhere. But I think it’s really important that you can’t blame the Republicans for Western State. You had one-party rule in Olympia, and where did we go on mental health? Not very far. We have inept leadership for Western State and no expansion. So, I think we see supporting mental health as a broad need in the state of Washington that really wasn’t done last year and has shortcomings from the top.

EB: What does legislation supporting mental health look like?

MS: Well, we’ve had proposals from Senator Bailey about improving mental health counseling in our schools, we’ve had Senator Braun’s bill, and we had the O’Ban-Hargrove bill several years ago on midlevel providers. And we’re not afraid to support good ideas from across the aisle. But so far, there’s been a real lack of leadership from the top.

Two years ago we had 25,000 missing keys at Western State Hospital. Now they’ve lost their accreditation. Who’s been the executive of the state for six years? See, he was either in Iowa with the Democratic Governors, which happens to be the first caucus state, or in Florida when the news came down. And that’s pretty typical of where the governor has been on these real reforms that have come out of the legislature.

EB: Speaking of his recent travel, do you think Inslee will run for president in 2020?

EB: Are there any other kind of big haul issues that might be tackled next year?

Well, you know, I think housing and homelessness. We’ve only done one thing in recent years, and that’s throw money at it. I mean, the failure of leadership with housing problems is obvious. Now maybe, money alone isn’t the answer. Accountability, increasing supply, and mental health would keep some of those people off the streets. The cost and availability of housing and homelessness are issues Senator Miloscia and others are very interested in… We need to increase the supply of affordable housing, and that doesn’t mean just increasing taxes and throwing government money at it.

I also think we have to look at how we manage our excess revenues. Last year, money that should have gone in the rainy-day fund was instead spent. And as a percentage of the budget, our rainy-day fund really isn’t that big. And my experience over 26 years is that the rate of economic growth will at some point change.