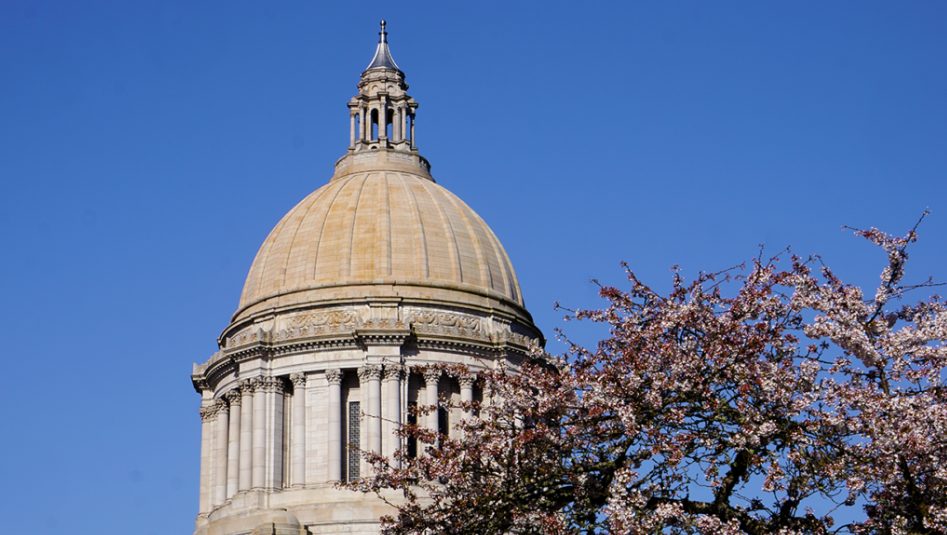 Progressives are having a good session, with a number of initiatives coming together in the final days. It looks like environmental policy is a big area of progress. It’s “too be determined” whether fiscal policy will be a “big win” or a modest win.

House progressives are jamming Senate moderates on capital gains, effectively daring them to pull their support over whether a referendum can be run on it. It’s a good reminder that, for all of the work on issues like carbon and other progressive bills this session, their success has often come down to whether a moderate like Sen. Mark Mullet or Sen. Steve Hobbs is working with progressives on the bill. A bill still needs 25 votes in the Senate…

Two bills that have gone the distance this session would grant broadband retail authority to public entities, but public utility districts (PUDs) say Rep. Drew Hansen’s HB 1336 opens the state up to more federal broadband money. With a trove of federal dollars that could total as much as $27 billion, Kitsap Public Utility District (KPUD) told reporter Michael Goldberg that a funding opportunity like this comes along once in a decade.

Out of concern that granting unrestricted retail authority could direct focus away from the areas most in need of broadband, Sen. Lisa Wellman’s alternative limits retail authority to areas classified as “unserved.” Hansen told Goldberg that he didn’t want to restrict local government’s authority “lest that mean that we make ourselves ineligible for the broadband money that may be coming in the Biden infrastructure plan.” Washington is one of 18 states that have restrictive laws in place against municipal broadband networks.

2.  A look at the capital gains tax amendments

The capital gains tax bill has been added to the House floor calendar and a fusillade of amendments are pouring in from Republicans. Rep. Drew Stokesbary aims to prohibit the attorney general from requesting the Supreme Court to reconsider its prior rulings declaring income to be property. In that 1933 ruling, the Court struck down a graduated state net income tax which won over 70% of  a statewide vote.

House Finance Ranking Member, Rep. Ed Orcutt, has two notable amendments. One would remove language calling the tax “necessary for the support of state government and its existing public institutions,” which opponents say is a way of preventing a referendum without reinserting an emergency clause – a provision rejected by some moderate Democrats. Another Orcutt amendment would make the tax’s effective date contingent on the IRS advising the Department of Revenue that it is an excise tax, contrary to past advice provided by the IRS.

Sen. Christine Rolfes says budget writers are aiming to have final budget deal made public by Saturday, one day before sine die. Her office told the Wire that it will arrive as a conference report. The Senate and House entered into a formal conference process –  just as they did in 2019. If the deal drops on Saturday, it would also be the second odd-year, full session in a row which the budget is not released until the day before adjournment.

Some have suggested that it might be time for Washington to adopt California’s 72 hour rule for legislation being public before a final vote. For a policy refresher, the Washington Budget and Policy Center argues that House & Senate budget proposals rightfully invest in Washington communities and economic recovery while the Washington Research Council argues that the budgets would needlessly drain the Rainy Day Fund.

David Schumacher, Director of the Office of Financial Management (OFM), sent a letter to Sen. Steve Hobbs outlining which provisions in his Forward Washington transportation revenue package OFM would support in a revenue package and which provisions are “areas of concern.” OFM supports increasing the gas tax, identifying cap and invest revenues to support transportation, and increasing certain fees and the rental car tax. But OFM also has qualms.

“The proposal also includes areas of concern, such as the transfer of sales tax revenues from electric and hybrid vehicles to the transportation budget, underfunding of the preservation and maintenance needs over the next 16 years, reliance on an assumption of unidentified future federal funds to support the fish passage barrier removal program, lack of significant investments in safety projects and programs as well as climate friendly transportation options…”

On Friday, the link between the passage of a transportation package and the cap-and-invest bill was severed via a striker amendment. The amendment directs revenue into an account for projects that reduce carbon emissions in transportation sector.

With the passage of E2SHB 1287, Washington has established the most aggressive state goal in the U.S. for moving to an all-electric future. The bill is now the first gasoline phaseout target to be passed through the legislative process, and it puts Washington five years ahead of California’s 2035 target.

The 2030 target has implications for planning and financial decision-making among government, automakers and utilities. It will take full effect when 75 percent of vehicles on the road are subject to a road usage charge, a development which is expected within the next several years. The bill passed with a vote of 25-23 in the Senate and 54-43 in the House. It now heads to Gov. Inslee’s desk for signature.