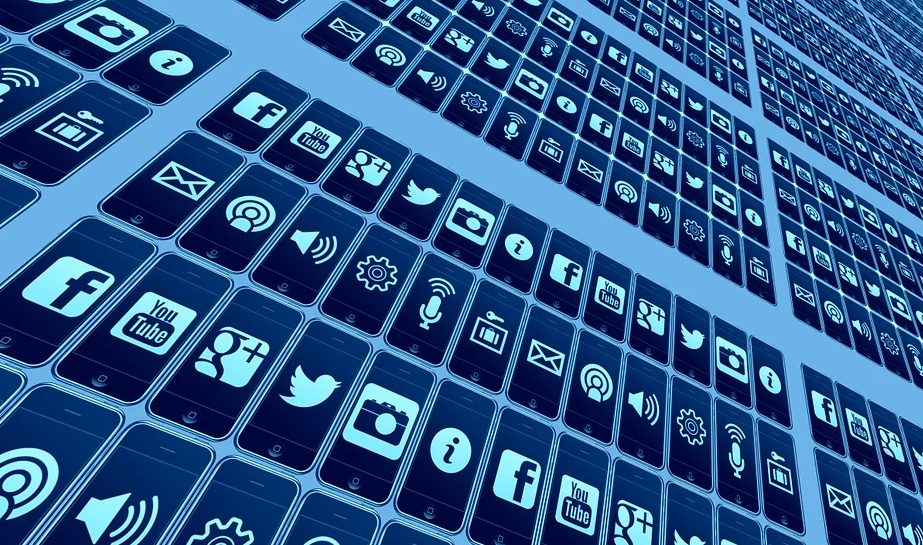 Bob Hunter has been at the Kitsap Public Utility District (KPUD) for 35 years, and he knows when to strike while the iron is hot.

“This funding opportunity comes along once in a decade,” said Hunter in an interview this week. Now the General Manager for KPUD, Hunter is urging the Legislature to take advantage of the myriad funding opportunities on the table to expand broadband access across the state. He and other PUD commissioners want to tap into a $27 billion trove of federal funds, which come in the form of grants, subsidies and stimulus dollars.

To take advantage of all the federal funds up for grabs, PUDs need to be granted “retail authority” – the ability to sell telecommunications services directly to consumers, which is currently illegal thanks to a law favored by private providers. Rather than allowing public utilities to provide broadband service directly to consumers, the law allows them to sell or lease broadband infrastructure on a wholesale basis only, and under strict restrictions.

Washington is one of 18 states that have restrictive laws in place against municipal broadband networks.

Two bills that have gone the distance this session would provide retail authority to PUDs, impact how many new areas PUDs could serve, and create reporting requirements for local governments to track where they are deploying broadband.

But according to Hunter and the Washington Public Utility Districts Association (WPUDA), which represents 27 PUDs around the state, these two bills differ in important ways. While both bills would achieve the fundamental aim of expanding retail authority to public entities, one would expand their reach and allow them to tap into more federal funds.

WPUDA has previously been a sponsor of the Wire’s Re-Wire Policy Conference.

The two bills come from Rep. Drew Hansen (D – Bainbridge Island) and Sen. Lisa Wellman (D – Mercer Island). Hansen’s bill, HB 1336, grants unrestricted authority for public entities to provide broadband to end users, while Wellman’s bill limits the authority to cover only “unserved” areas. Both bills use the same definition of unserved – an area which lacks access to broadband service at a minimum 100 megabits per second and 20 megabits per second upload.

Limiting retail authority to unserved areas, Hunter said, is where the two bills differ in the full degree of federal funds they would allow public entities to access.

WPUDA told the Wire that they believe both bills can work together if they were both to be signed into law, but that they worked with Hansen to develop HB 1336, “which provides the ability to provide service to both unserved and underserved areas of the state.”

Tying a public entity’s retail authority to whether it exists in an area defined as “served” or “unserved” has consequences, said Rep. Hansen. On top of expanding broadband to areas that do not have it at all, unrestricted authority addresses the unaffordability of broadband as well.

A key reason we did unrestricted retail authority in HB1336 was to make sure we’re not leaving any federal broadband money on the table. I’m told there are federal programs now that are not limited to unserved areas; they address affordability—people who have broadband (so they’re “served”) but it’s expensive,” said Hansen. “And of course we don’t know the parameters on the recently announced Biden broadband grants, so we didn’t want to restrict local government’s authority lest that mean that we make ourselves ineligible for the broadband money that may be coming in the Biden infrastructure plan. We all share the goal of making Washington State eligible for the maximum possible federal dollars; unrestricted retail authority for local governments is a key part of that strategy.”

Wellman and some of her Senate colleagues, including Sen. Shelly Short (R – Addy), have expressed concern that granting unrestricted retail authority could direct focus away from the areas most in need of broadband – the “unserved” areas.

At a public hearing for Wellman’s bill, Wahkiakum Telephone and Internet Company President Steve Appelo praised the legislation for being “well-targeted” to unserved areas. He said this targeting would prevent “overbuilding and cherry-picking.”

But from Hunter’s perspective, PUDs are already incentivized to prioritize unserved areas.

“The worry from Sen. Wellman and Sen. Short, and I hear them loud and clear, the worry is that if we allow PUDs and Ports to go everywhere, they’ll lose sight of the unserved areas. I can’t guarantee people aren’t going to do that. However, what I can tell you is that there are no grant dollars available to go to served areas.”

The grant dollars on the table, Hunter said, are almost all tied to unserved areas.

Whether it’s state dollars or federal dollars, they already require you to do all this reporting, all this work, to prove that you’re not overbuilding another provider who is considered served,” Hunter said. “I think [Wellman] is a great senator. I think the state is blessed to have people like her involved. But I think her concern of PUDs going in and losing focus on the unserved is just not correct.”

During the legislative session, the State Broadband Office, the Department of Commerce and Governor’s Office sent Hansen a shared recommendation, which included “providing broad retail authority, but restricting state funds so that publicly-owned providers (PUDs, Ports, and local governments) cannot access state funding to build infrastructure in underserved/served areas. Resources provided by the federal government already include relevant restrictions, and so the use of federal funding does not need to be addressed directly in this bill.”

The “broad retail authority” recommendation is reflected in his bill, Hansen said. As far as state funds are concerned, he supports the idea that unserved areas should be prioritized. He expects the capital budget will address that part of the recommendation.

Federal subsidies, such as those in FCC’s Emergency Connectivity Fund, can be used to address education inequities exacerbated by a lack of access to broadband. For Hunter, this is another reason why maximizing the amount of federal dollars they can utilize is a key distinction between Hansen and Wellman’s respective bills.

These are for students who can’t afford broadband, or even students who are in unserved areas where we could build, but we could not provide the federal subsidies for these equity issues to be covered. That is what Wellman’s bill hamstrings PUDs and ports with,” Hunter said. “If we were asked by a school district to help them serve the needs of their students, in the case of Kitsap, we would be prohibited from doing that because the actual schools are in the served territories.

“This is how Drew Hansen got lit on fire,” Hunter continued, “I was in a meeting with five school district superintendents and Drew was witness to it. That’s what they asked us to do.”

“PUDs are well positioned to help bridge the digital divide but we need the authority to be part of the solution,” said the WPUDA in a statement to the Wire.

In addition to ensuring PUDs are eligible to receive federal funding for broadband infrastructure investments that require retail authority, they want whatever legislation the governor signs to “allow the PUDs the ability, if they wish, to provide broadband to the unserved and underserved.”

As far as the argument put forward by business advocates – that a more targeted approach to retail authority would prevent unnecessary conflict with private providers – Hunter says that PUDs are not out to become aggressive competitors.

“On a level playing field, government is not going to compete with Comcast,” said Hunter. “If you connect up to Comcast, they don’t charge you a connection charge. They just get it back through rates over a period of time. In the case of Kitsap PUD, you’ve got to pay it. There is no ‘I’m not allowed to charge more than what it costs.’”

The best of both worlds would be, let the PUDs do what PUDs do so well, and that’s build infrastructure. Let the privates compete over our network for customers. That is what we do today. That is all PUDs do today, and we like the model. The issue is, we simply cannot access these billions of dollars that are going to become available to get infrastructure built.”

When PUDs get involved, Hunter said, it’s almost always when residents petition them to install services like fiber-optic internet, despite the added cost.

“This is the ironic piece of this whole thing. None of us do anything without the people saying, ‘hey we want this, we’ll pay for it.’ The idea that we’re worried about PUDs getting into retail and taking away customers from Comcast or anybody else is just a story that quite frankly, does not allow us to get the federal dollars currently going to the privates.”

Both bills were amended on the floor before passing. In a press conference this week, Sen. Manka Dhingra (D – Redmond) said the updated language will help the bills work in tandem. Hansen told the Wire he agreed with Wellman’s amendment, which requires public entities to keep the State Broadband Office abreast of their plans to deploy broadband.

I think it’s totally reasonable to require a local government to report to its governing body and the State Broadband Office before they start providing broadband,” said Hansen. They still have full unrestricted authority to serve whoever they want, but it’s totally appropriate to require a report so the State Broadband Office is aware of local governments’ plans for broadband deployment.”

While Hunter says both bills would be a significant step forward in the effort to expand broadband access, he’s unsure how they would mesh.

“I hope that what I’ve been told is true. In all honesty, the only reason I could see both of them coming out is because both of them want the win. Which I’m great with, because I think they both made a large enough issue out of this. They both deserve credit because without them making this conversation, we might not be getting anything.”