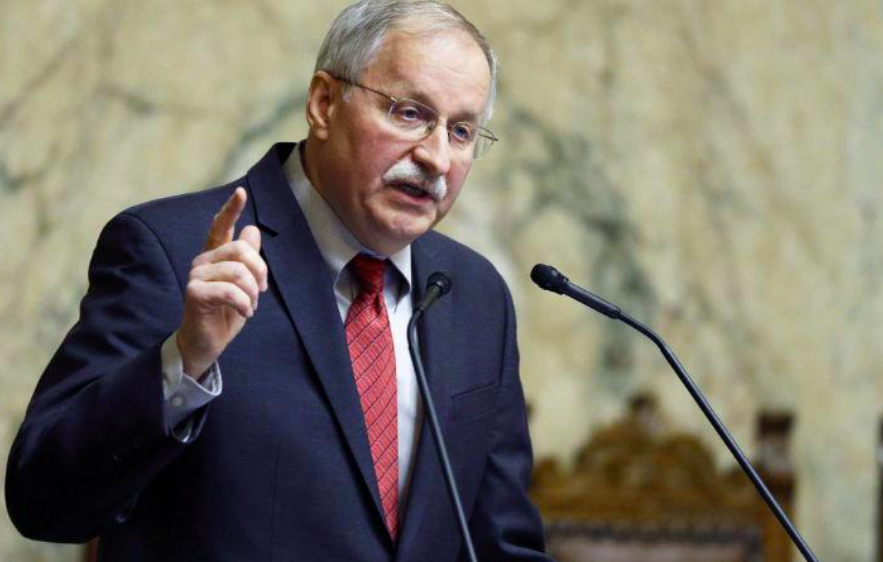 Former Washington State Speaker of the House, Rep. Frank Chopp, released a proposal Thursday to raise more than $2 billion in revenue to deal with the economic downturn and public health needs brought about by the coronavirus pandemic.

Titled, the  “Public Priorities and Progressive Revenues Plan,” the proposal includes two funding mechanisms to pay for expanded social services, both of which have long been at the center of political debate in Washington State: a state capital gains tax and a corporate payroll tax.

The proposal calls for lawmakers to follow a two-part approach to economic recovery. Chopp argues that lawmakers should first identify state investment priorities and, subsequently, outline where the funding for those investments will come from.

Chopp’s proposal lays out a set of suggested investments in a plan called HEART – Health Equity and Recovery Trust.

Undergirding HEART is the idea that the coronavirus pandemic has unleashed joint health and economic crises of unprecedented scale. By causing mass unemployment, exacerbating social and racial inequities, exposing the limitations of an underfunded public health system, and presenting jarring budget shortfalls, Chopp argues that recovery from the pandemic requires a spending package of this scale.

Without significant state funding for foundational public health, investment in the survival of our community agencies, and the prevention of austerity budget cuts, our health and economic recovery will be prolonged,” reads a description of the HEART plan on Chopp’s website.

Progressive lawmakers have been clear about their opposition to the use of austerity measures, as the state implemented during the Great Recession, to close budget shortfalls.

Pandemic response investments would include free testing and contract tracing, as well as personal protective equipment produced and warehoused in Washington State.

For behavioral and mental health, Chopp proposes funding thousands of new units of supportive housing with treatment services to provide long-term housing for the chronically homeless. He also supports directing funding to existing state facilities, such as the Behavioral Health Institute, and the creation of a new Behavioral Health Teaching Hospital to move patients out of the beleaguered Western State Hospital.

A May economic analysis conducted by the accounting firm CliftonLarsonAllen estimated that Washington’s 27 community health centers could together lose about 59% of revenue over six months due to the pandemic, totaling $473 million dollars in combined losses.

To fund this gamut of community investments, the tax on corporations Chopp proposes would be aimed at employees making more than $500,000 a year. Calling it a “Fair Share Contribution” the tax would be bifurcated into two tiers.

The proposal also aims to raise another $500 million per year through a tax on capital gains. Funds from this source would go toward workforce education and housing, and a Working Families Tax Credit.

All in all, Chopp said the proposal would produce $2 billion per year in new revenue to be spent on critical services.

To reform Washington’s oft lamented regressive tax structure, Democrats have toyed with the idea of passing a capital gains tax or an income tax for the past several years, though have yet to summon the necessary broad public support.

Nevertheless, there is some evidence that public opinion has shifted in the years since. In a recent Washington State poll, 63% of respondents favored an economic recovery approach that would raise taxes on the wealthiest households. 62% said they supported instituting a capital gains tax to “fund public services and provide support to families and businesses struggling due to coronavirus.”

When asked whether a capital gains was an option being considered by Democratic lawmakers, Sen. Christine Rolfes, chair of the Senate Ways and Committee said “everything’s on the table.”

Even still, she cautioned that a capital gains tax might not survive a court challenge and that enacting an income tax would be arduous – requiring a two-thirds vote of the Legislature and passage at the ballot box.

After stepping down as Speaker last year, Chopp is running for reelection in the 43rd district.