Worker Comp Rates To Go Up .8% in ’15, Smaller Than Originally Predicted

After years of roller-coaster hikes and dips in worker compensation rates, the Washington state Department of Labor & Industries announced Tuesday that the statewide average rates for next year will increase a modest .8 percent — smaller than the 1.8 percent hike announced in September.

The reason for the smaller increase, according to L&I, was stronger third-quarter performance of stocks the system has invested in, coupled with cost savings from reform measures, smaller operational expenses, and others, department spokesman Tim Church said Tuesday.

That will save businesses and workers about $20 million, compared to what they would have had to pay under the 1.8 percent increase, according to L&I. The better financial results allowed L&I to set rates below the most recent wage inflation number — 2 percent — despite Director Joel Sacks saying earlier that the rates had to keep pace with growth in wage inflation. 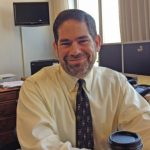 “We’re doing our best to keep rates steady and predictable, while making sure the workers’ compensation system stays strong,” Sacks said in the news release.

The rates have historically been a point of contention between the business community and labor unions in Olympia, but Bob Battles, government affairs director for labor issues for the Association of Washington Business, said he was pleased to see the decrease, although no increase at all would have been preferable.

Kathy Cummings, communications director for the State Labor Council, AFL-CIO, didn’t address the rates specifically, but said her organization has been pleased with some of the institutional measures L&I has been taking over the last several years to address the fiscal solvency of the workers compensation system, and implement a measure of stability into the annual rate changes.

Some years, L&I would issue an increase of 10 percent or sometimes topping 20 percent, only to offer rebates in the following years.

Battles said that was difficult for businesses to financially plan for. Almost all businesses in Washington have to pay into workers compensation, a state-run insurance pool, except from the most mega-corporations that can fund their own. That provides wage and salary compensation for employees injured on the job, or who can’t work because of sickness.

L&I covered 80,000 injury- or illness-related claims last year in Washington state, according to the news release. Overall, the program covers 2.4 million workers and 160,000 employers, according to L&I.

“If there’s huge swings, that’s difficult to plan for,” Battles said. “We’re pleased that they’re lower than the original. We still believe that zero would have been appropriate.”

Battles noted that L&I could have decreased the rates by 3.4 percent and still ended up breaking even in 2015.

Cummings said it’s demonstrating that, even on an incremental basis, changes the Legislature implemented to the system in 2011 are showing effects. The Legislature put in changes allowing older workers to pursue “structured settlements” that provides a lump sum, and changed practices in health care for disabled workers.

“These structural changes seem to be working very well,” Cummings said. “It just takes some time.”

But Cummings said her organization is opposed to more widespread use of structured settlements in the system, which she says shortchanges workers who can’t anticipate future health care costs as a result of their injuries.

The bigger fight would be over privatizing the system entirely — Washington is one of a handful of states with a public insurance program for workers compensation — which has long been a preference of the business community, which argues that it would dramatically lower costs. A 2010 ballot initiative that would have implemented that change failed statewide.

“We’re really invested in this system and we want it to work for the workers,” Cummings said.

Battles said business can accept the .8 percent increase. That’s an average — individual sectors in the economy saw greater swings in their rates for next year. Agriculture will see a 4.9 percent increase, compared to this year, while forest products industries will dip 2 percent, according to L&I.

Grocery stores will only get a 1 percent change in their rates, while building and construction trades will get a 2 percent increase. Manufacturing, utilities and communications, and transportation and warehousing will receive a 1 percent to 2 percent bump up in their rates for next year, according to L&I.

“Increase for the sake of increase is not something we would have supported,” Battles said.