On Thursday, the Washington State Supreme Court abolished the death penalty in Washington State and thereby converted all remaining death sentences to life in prison. In a historic ruling in State v. Gregory, the Court recognized the long standing pattern of racial and economic inequities in the application of the punishment, ultimately ruling that unfairness in its application and its failure to meet its stated goals render it unconstitutional under the Washington State Constitution.

In the majority opinion authored by Chief Justice Mary Fairhurst and joined by Justices Wiggens, Gonzales, McCloud, and Yu, the court stated with clarity,

“Under article I, section 14, we hold that Washington’s death penalty is unconstitutional, as administered, because it is imposed in an arbitrary and racially biased manner. Given the manner in which it is imposed, the death penalty also fails to serve any legitimate penological goals. All death sentences are hereby converted to life imprisonment.” State v. Gregory, p. 40-41.

The remaining Justices, Johnson, Owens, Stephens, and Madsen, joined the majority opinion with a concurring opinion that also citing “random imposition of the death penalty, unreliability, geographic rarity, and excessive delays,” as contributing to its unconstitutionality.

Several state and local officials spoke out in support of the decision that makes Washington the 20th state in the US to ban the death penalty. 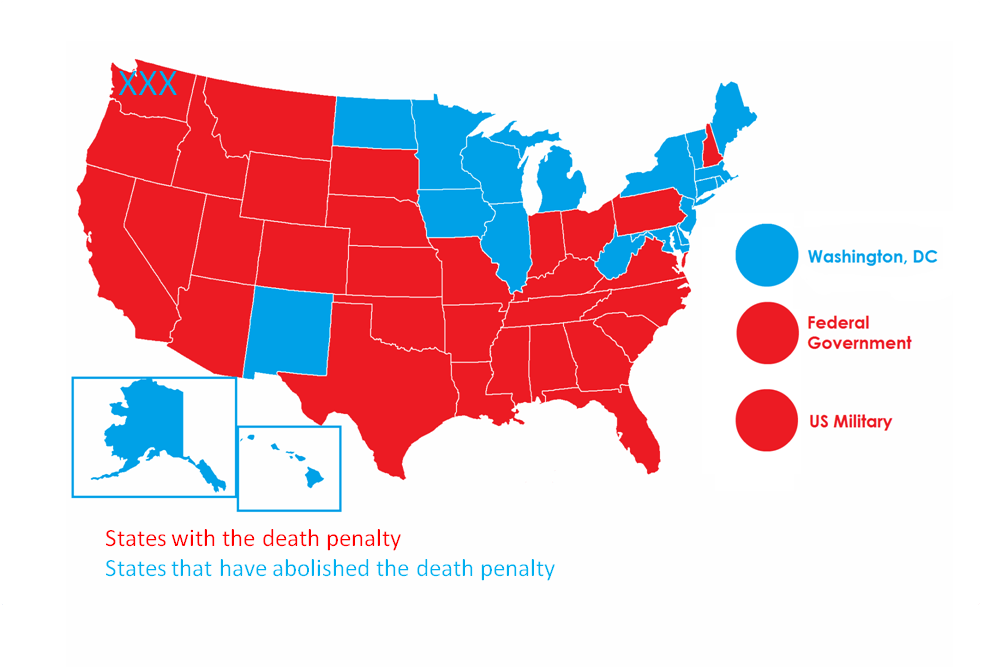 Said Governor Inslee who declared a moratorium on the death penalty in 2014,

“Today’s decision by the state Supreme Court thankfully ends the death penalty in Washington. The court makes it perfectly clear that capital punishment in our state has been imposed in an ‘arbitrary and racially biased manner,’ is ‘unequally applied’ and serves no criminal justice goal. This is a hugely important moment in our pursuit for equal and fair application of justice.”

“Washington’s Supreme Court issued an important decision today. The court recognized that Washington state’s death penalty is broken. We should act quickly to remove the death penalty from state law once and for all.  Next session, I will again propose legislation repealing the death penalty, replacing it with life in prison without the possibility of parole.”

“Ending the death penalty is the right decision for our state. As a former prosecutor and criminal defense lawyer, I saw that the death penalty did not work and perpetuated racial and social injustice. In reality, the death penalty does not deter crime, does real harm in delaying justice for victims and communities and does not reflect our best values – it also diverts resources from valuable and effective public safety initiatives. As a state, we must come together to focus on providing victims’ families the support they need to grieve and heal, while also administering effective and equal justice.”

According to the Seattle Time, there are eight inmates sentenced to death who will have their punishment commuted to life in prison as a result of the decision.