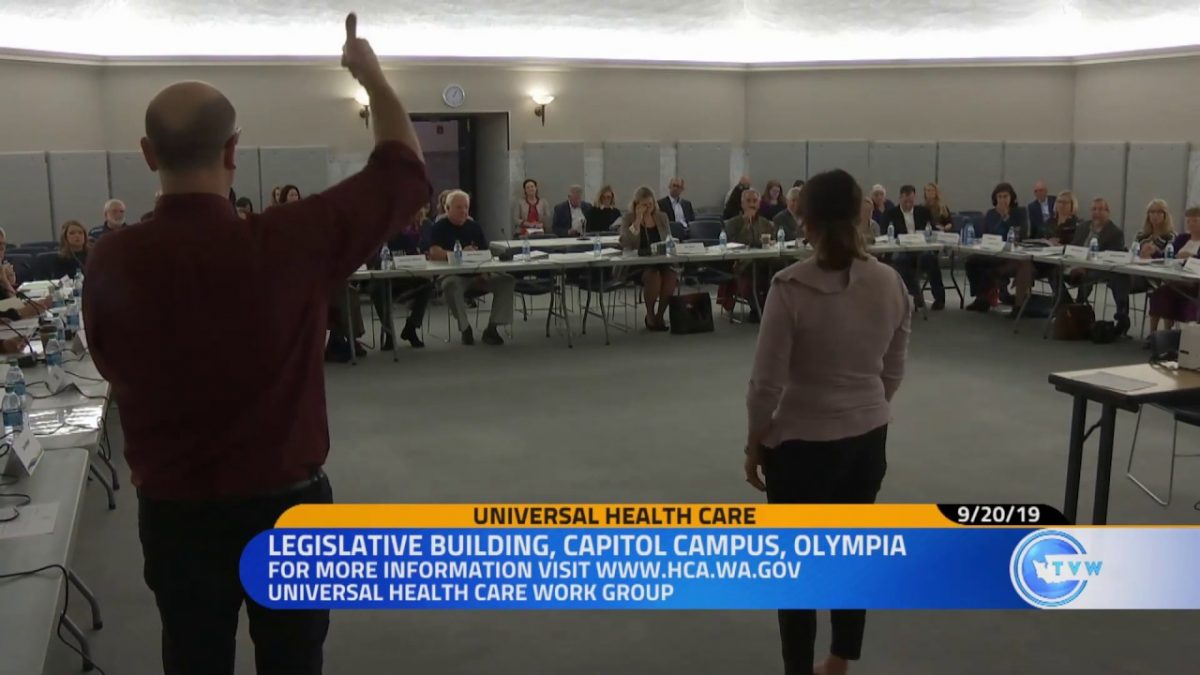 Members of a work group directed to provide recommendations to the Washington State Legislature on how to create, implement, maintain, and fund a universal health care system met in Olympia recently for the first of several meetings.

The group, titled the Universal Health Care Work Group, was convened through legislative mandate in 2019 under House Bill 1109. Over the course of a three hour meeting, the group’s diverse membership – including state lawmakers, academics, business leaders, and patient advocates – laid the groundwork for a broad inquiry into the practical imperatives of establishing a universal health care system in Washington State.

A presentation prepared for the group’s first meeting by the public health care consultancy, Health Management Associates, laid out several topics of discussion regarding health care coverage and accessibility in Washington State. The topics provide insight into how the group might carry out its research directive going forward as it discussed potential frameworks for reaching universal coverage.

As of 2018, roughly 400,00 Washington residents (6%) remain uninsured. To ameliorate deficits in health care coverage, possible strategies offered within the presentation that the group may consider include insurance mandates, state-funded subsidies to lower the cost of coverage in the individual market, and extending Medicaid coverage to presently ineligible groups such as undocumented immigrants.

Central to the group’s focus are single-payer or universal coverage models available in the United States or similar industrialized countries. For its initial analysis, the group has relied upon a 2018 study by the Washington State Institute for Public Policy.

The study found that greater financial barriers to health care access in the United States in tandem with higher costs results in a system that does not reach universal coverage – a condition which the United States shares with no other similar country.

The group will also look for ways to tame surging costs; Washington spent roughly $55 billion on medical care in 2018 for residents. Also touched on in the presentation reviewed by the workgroup was an open question of how to maintain the benefits of a universal system, such as expanded access and potential cost savings, while addressing public concerns over higher taxes and possible underfunding.

The group’s next meeting is scheduled for Monday, December 9th, in Olympia. The group has until November 15, 2020, to report its findings and recommendations to the legislature.