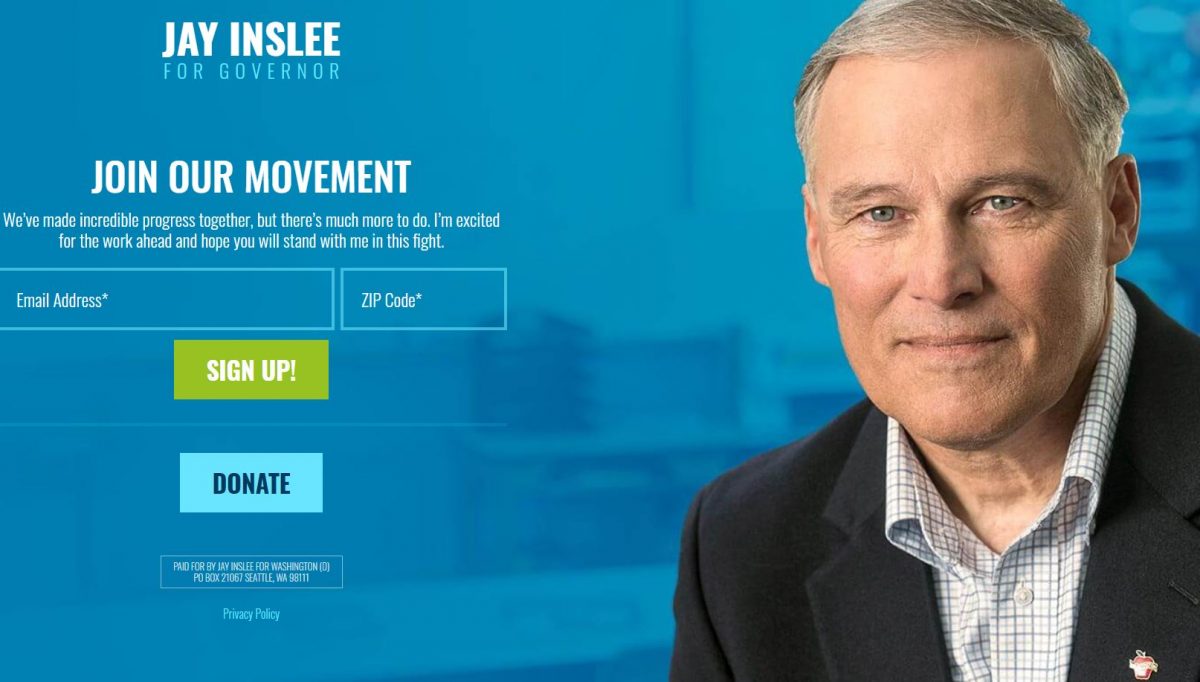 Understanding the math: 2020 race for governor

If I’m Gov. Inslee, I’m having a bit of a hard time knowing whether I’m coasting to an easy re-election, or whether the race for my third term could be my hardest yet.

Here’s why: the math of the governor’s race makes it very, very likely two Democrats will be in the general election. But there aren’t yet two Democrats in the race.

So, will there be?

Tim Eyman’s announcement that he is running for governor means there are five announced Republicans vying for the office, and one right-of-center independent. It’s not clear, based on the baggage of their personal brands, or the lack thereof, that any of them pose a risk to the governor.

After all, Washington State has had single-party control of the governor’s mansion longer than any other state in the Union.

A Republican has not been elected to that office since John Spellman’s win in the 1980 Reagan Revolution. The same year, then-AG Slade Gorton beat Warren Magnuson for the US Senate. In other words, it took unique circumstances for a Republican to win even 30 years ago.

More importantly, in the general election in a governor’s race, Washington State is about a 57% Democratic performance electorate.

None of those things has yet to emerge to be the case in 2020. In fact, in Kentucky, we saw all of the opposite forces emerge: strong Democratic candidate, a uniquely good environment nationally for Democrats and an unpopular incumbent.

A Democrat won the governor’s seat in a state Trump carried by 30 points.

In these circumstances, Inslee appears to be coasting to re-election.

Under different circumstances, however, that could be in question.

With five Republicans in the primary, they will divide the roughly 45-50% of the Republican vote. Moreover, there is an independent in the race running from the right, as well.

Recall the primary electorate is often more conservative than the general electorate. So, Washington’s 57% Democratic performance statewide in a general election is less pronounced in a primary.

So, let’s assume the Republicans perform well in the primary. Let’s imagine they corral 48% of the total vote.

That would make the average performance 8% among the 6 candidates.

Now, if we’re honest, not all candidates are equal. Some have better name ID and funding than others.

By the way, this spread means that whoever hits 17% is almost two standard deviations from the mean, an occurrence that should only happen statistically less than 3% of the time.

In other words, for everyone that says the 17% should be higher, math tells me probably not.

So, let’s say the Republican/Independent vote winner garners 17% of the total.

On the Democratic side, Inlsee likely comes in first. As the Democratic incumbent who has a reasonable level of support, who is not unpopular with Democrats or Independents, Inslee should do fine.

Here is the question that should give him some pause: are there any other Democrats in the race?

With Democrats winning 52% of the primary total, of which Inslee wins the largest portion, the question then becomes this: Can any other Democrat beat the top vote total of the Republicans?

Could a second Democrat win more than 17%, making it to the general election in Washington State’s top two primary?

If Inslee is running with six other white men, is there room for a woman to run and pull down 18% of the vote?

If there are seven white men on the ballot, can one person of color win 18% of the vote total?

If there are seven mainstream-to-right wing views on the ballot, is there room on the left for someone who is more liberal than Inslee and who could win 18% of the vote?

Don’t think it could happen? It did in 2016, where three Democrats split the vote for Treasurer, allowing two Republicans to squeak through the general. All of the math makes the scenario I outline even more likely than the 2016 Treasurer race.

In other words, when you think of the primary electorate, is there likely to be one out of five voters angry at the status quo, ready to vote for someone new to the governor’s mansion?

If the answer is yes, one out of five voters will vote for a Democrat not named Jay Inslee, then that alternative candidate makes it to the general election.

If that alternative is Hilary Franz, or Dow Constantine, or Kshama Sawant, I think they make it through to the general because of the divided vote on the Republican side of the electorate.

Moreover, the math works differently in 2024 – almost totally differently such that it may be that none of them may make it through in an open race where the candidates include only Bruce Dammeier on the right, and has Bob Ferguson included on the left. The same math would work against them in that scenario.

Put differently, it comes down to this: Hilary, Dow, Kshama: if you ever wanted to be governor, 2020 is probably your best shot.