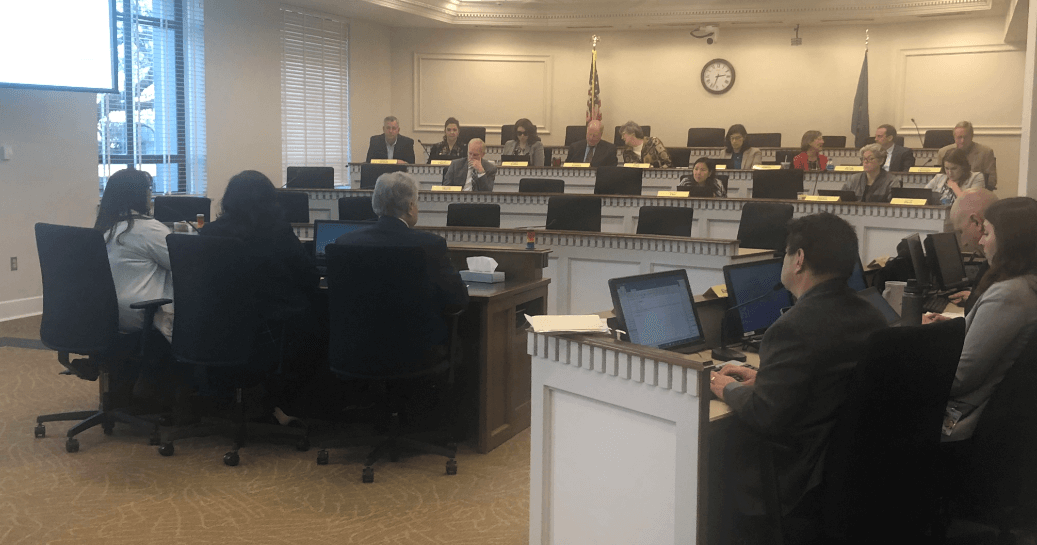 A bill that would set up a public option for health insurance in every Washington county got a public hearing in the House on Wednesday. The bill, which was requested by Washington Gov. Jay Inslee, was the subject of testimony that ranged from full support to passionate opposition.

Currently, plan providers offer plans on the Washington Health Benefit Exchange in tiers, based on a plan’s “actuarial value,” or how much of an enrollee’s total average costs for covered benefits the plan will cover.

If the public option becomes a reality, all plan providers on the exchange will have to use the same benefit model; the theory being that this uniformity across the exchange would make the process of shopping and choosing plans simpler and more transparent for enrollees.

The Washington Health Care Authority would also contract with at least one provider to offer new, standardized plans on the exchange that would compete with the other plans — these plans are often referred to as “Cascade Care.”

Those plans would have to pay providers rates that don’t exceed Medicare rates — something that was central to several testimonies Wednesday in opposition to the bill.

The idea here is to bring competition in the market, something that, as the bill’s supporters often mention, is especially lacking in the 14 Washington counties where there is currently only one plan available.

Finally, the bill requires the exchange to make a plan to implement and fund premium subsidies for people with incomes under 500 percent of the federal poverty level, with the goal being that those people would not pay more than 10 percent of their incomes on premiums.

Those in full support

“Let me assure you that, although we are definitely open and genuinely interested in further conversations in that regard, I submit to you to consider these arguments with a grain of salt,” McGill said.

He went on to explain arguments for why the cost-shift involved with the rate cap involves little risk — including that the public option only addresses 4.4 percent of the total market and that Washington is already making investments in areas like behavioral health and coverage for school employees.

“I urge you to look at this from a total market perspective, not just a sliver,” McGill said. “Now, certainly we need to be very careful making changes in the market. And we will. And again, I look forward to working with you in that regard.”

Pam MacEwan, CEO of the exchange, discussed technical changes she’d like to see, but expressed support for the bill overall.

Mark Stensager, an exchange board member who has worked in the healthcare industry for four decades, acknowledged the wide-reaching  impacts of the bill while stressing the need to take action on affordability.

“Please know that the impact of this legislation is not lost on me,” Stensager said. “As a former hospital administrator, I know this legislation comes with its own set of challenges. However, doing nothing will lead to more people going without insurance coverage and will put the entire individual market at risk.”

Those who thinks it goes too far

A common refrain: a Medicare rate cap would “destabilize” the health insurance market. That, in turn, would impact individual and group health plans as well as rural health care.

Arguments against the cap included that it would limit networks available on the plan and decrease doctors’ availability for Medicaid enrollees.

“Physicians who participate in public programs — Medicare, Medicaid — are able to do so because they carefully balance their patient load,” Sean Graham from the Washington State Medical Association said. “To the extent that the public option is successful and enrollment is robust, it may require practices to limit their Medicaid panels to offset that. It’s not a position physicians want to be in. It could have a net effect of marginally improving access to care in the individual market and decreasing access to care for Medicaid enrollees.”

Medicaid rates of reimbursement are 50 percent lower than Medicare rates, in most cases, according to testimony from Meg Jones, who represented the Association of Washington Healthcare Plans at the meeting.

“The rates are very different, and there will be an incentive for that limitation of access,” Jones said. “So that providers can enroll Medicare-rate individuals in their practices. Providers across the market will recapture the revenue loss by also asking commercial payers to pay more. The impact: higher premium and higher cost-share.”

While most critical testimonies were in favor of the standard benefit design portion of the bill, Patrick Connor, representing the National Federation of Independent Business, voiced concern about it being the only option.

Rep. Eileen Cody, who chairs the committee and is the bill’s prime sponsor, responded to the rate-cap concerns by detailing high hospital CEO salaries and using a little sarcasm.

“It warms my heart that the plans are so concerned about the Medicare rate when that’s what you proposed for balance billing reimbursement,” Cody said. “So, it was good enough there — but it’s not good enough here. Just sayin’.”

Those who think it doesn’t go far enough

Georgia Davenport, who introduced herself as Washington State Democratic Party Central Committee Representative for the 33rd LD and Campaign Director for Whole Washington, testified that the bill doesn’t do enough.

Other testifiers voicing similar concerns included private citizens, members of advocacy groups, and a self-employed physician providing care in rural communities. A couple testifiers asked the committee to instead consider a bill like SB 5222, which would establish universal health care in Washington. That bill has not been scheduled for a public hearing at this point.

The public option bill is scheduled for executive session next week.