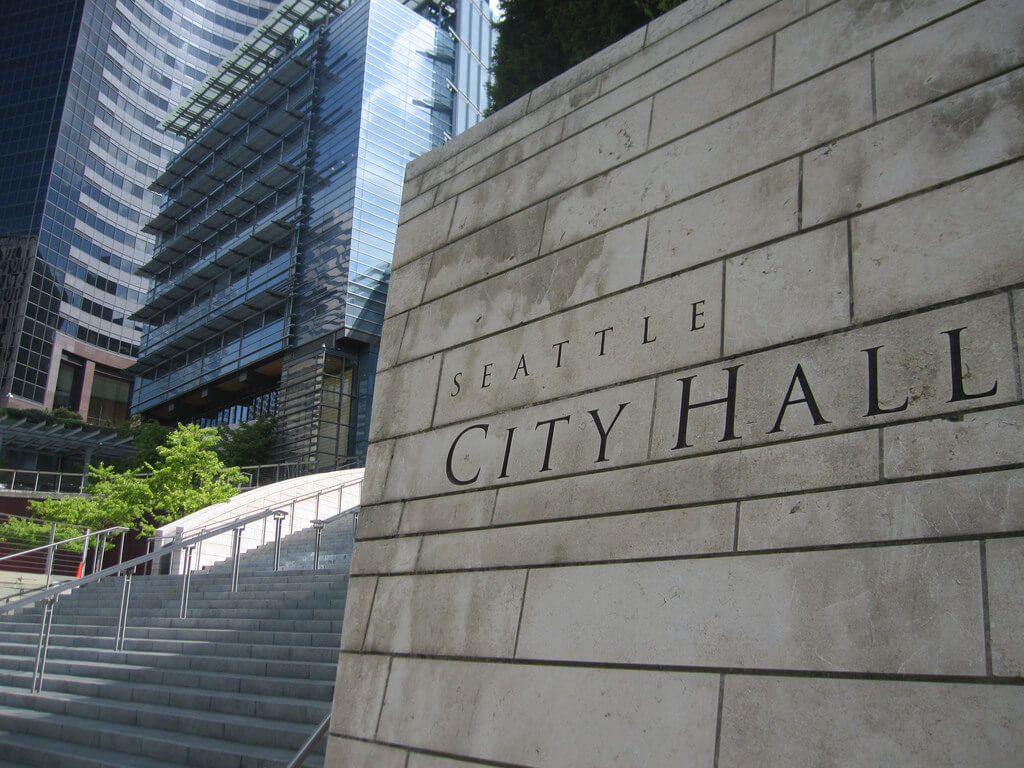 The summary and background of the legislation reads:

“This ordinance repeals the Employee Hours Tax that would have otherwise taken effect on January 1, 2019. The City Council passed this ordinance on May 14th and it was signed by the Mayor on May 16th. As adopted, the tax was projected to generate $47.4 million per year, with the intent that this revenue be dedicated to funding both immediate services for the homeless and long-term affordable housing.”

Over the weekend, the “No Tax on Jobs” campaign announced it had collected the approximately 18,000 signatures needed to get its referendum to repeal the head tax on the ballot. The newly proposed legislation states that if the city repeals the head tax, the additional election costs of the referendum will be avoided.

“In recent months, we worked with a range of businesses, community groups, advocates, and working families to enact a bill that struck the right balance between meaningful progress on our affordability and homelessness crisis while protecting good, family-wage jobs. Over the last few weeks, these conversations and much public dialogue has continued.  It is clear that the ordinance will lead to a prolonged, expensive political fight over the next five months that will do nothing to tackle our urgent housing and homelessness crisis. These challenges can only be addressed together as a city, and as importantly, as a state and a region.

“We heard you. This week, the City Council is moving forward with the consideration of legislation to repeal the current tax on large businesses to address the homelessness crisis.”

Noticeably missing from the joint statement were Councilmembers Teresa Mosqueda and Kshama Sawant. Mosqueda released her own separate statement Monday afternoon declaring she will not vote to repeal the tax.

“My office has heard a lot of concern regarding the Employee Hours Tax (EHT). I have concerns as well, but I cannot back a repeal without a replacement strategy to house and shelter our neighbors experiencing homelessness,” said Mosqueda.

Meanwhile, Sawant tweeted out that the move to repeal is a “capitulation to bullying by Amazon & other big biz” and a “backroom betrayal.”

The special council meeting will take place Tuesday, June 12th, at noon and can be watched live here.

We will continue to update this story as it develops.