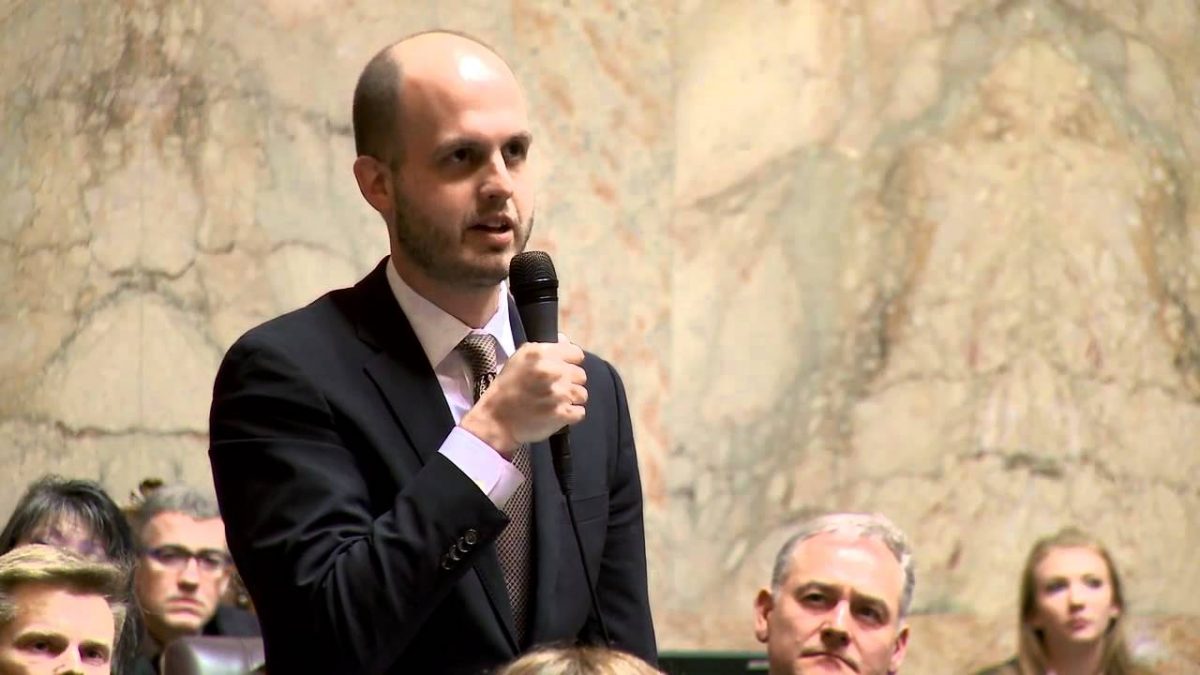 Hansen has served in the House since 2011 and is the current Chair of the College & Workforce Development Committee, and a member of the Appropriations and Civil Rights & Judiciary Committees.

In recent years, Rep. Hansen has led the charge on a number of progressive topics in the Legislature such as gun safety, financial aid for undocumented students, net-neutrality, and tuition-free college. When not in session, Hansen practices law as a trial lawyer and partner at Susman Godfrey LLP.

Hansen released the following statement in a press release announcing the exploratory committee:

“The key lesson of this political moment is that We the People still have the real power in this country,” said Hansen. “My career as a legislator and a trial lawyer proves we can take on the biggest fights in America and win—and well-funded special interests and the Trump administration can’t stop us.”

“When the Trump administration repealed net neutrality, I fought back and wrote the nation’s first state net neutrality law to protect the free and open internet—which we passed over the cable companies’ opposition. When a large corporation wanted to build a CO2-spewing power plant in Texas, I volunteered my time as a lawyer for people vulnerable to air pollution—and we stopped that plant in its tracks. When the Trump administration threatened DACA; I wrote the law that protects undocumented students from losing financial aid—and we passed it with bipartisan support.”

“I’d like to serve as Attorney General so Washington State can prove to the rest of America that we can make real progressive change on issues around justice—we can fight and win against powerful special interests and Donald Trump.”

Hansen will not challenge Attorney General Bob Ferguson in a primary, according to the press release, but will run for office if Ferguson decides not to seek another term.

Over 20 current and former Representatives have endorsed Hansen should there be an AG vacancy in 2020. The list includes former Speaker Frank Chopp and Reps. Monica Stonier, Pat Sullivan, Gael Tarleton, and Zack Hudgins. His full list of endorsements is available here.