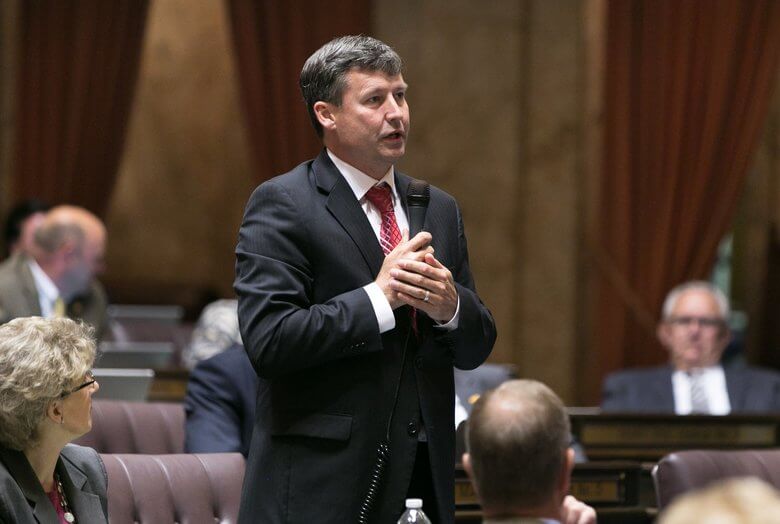 Rep. Manweller says he will resign if re-elected

Following a new allegation of sexual misconduct over the weekend, Representative Matt Manweller announced Monday afternoon that he will resign if re-elected.

On Friday, news broke about a new allegation against Rep. Manweller in which one of his former Idaho high school students claims to have had a sexual relationship with Manweller while she was 17 years old and he was 27. The student says the relationship took place in 1997, during which time the age of consent in Idaho was 18 years old.

Manweller has faced a series of sexual misconduct allegations in recent years, culminating in the release of an investigative report in August detailing allegations made against him while he taught at Central Washington University. Last month, the university fired Manweller.

Republican House leadership called on Manweller to step down on Friday when the latest allegation came to light.

“What Matt did was wrong,” said House Republican Leader J.T. Wilcox in a statement. “Our Leadership team has asked Matt to resign from his position as state representative.”

Manweller then released a statement on Facebook Monday afternoon, saying he will resign if re-elected, but won’t drop out of the race.

“Today I am announcing that I will serve out the remainder of my term but it is not my intent to serve another term. If I am reelected, I plan to resign before the session begins or whatever the law requires. For the Republican Party, however, it is important that I am re-elected because the law would require that my seat be filled with another Republican.”

In his statement, Manweller added,

“As the Kavanaugh hearings have shown, there is no limit on how far back in time one can go to dig up such allegations.”

During the primary election, Manweller outpaced his Democratic opponent Sylvia Hammond by nearly 27 points. Regardless of Manweller’s decision to stay in the race, it is too late for his name to be removed from the ballot. If he wins the election, but resigns his seat, the vacancy will be filled by an appointment process.