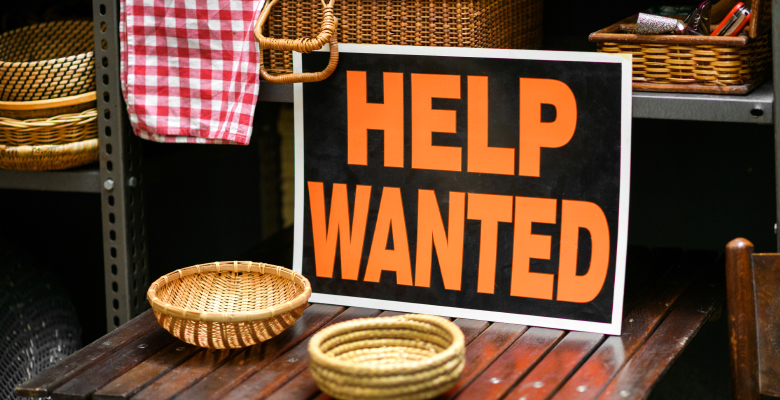 Washington’s Employment Security Department (ESD) said on Tuesday that the average annual wage in Washington was $76,741 in 2020 — the highest ever. The 10.1 percent increase from the previous year is the largest increase on record.

This record high in wages comes amid workforces shortages in Washington State and across the nation.

Data from the United States Bureau of Labor Statistics suggests overall employment is still on the rise in Washington State. ESD’s most recent unemployment report states there were 383,776 total unemployment claims last week. In May of last year, there were over 1.6 million total claims in one week.

The Washington State Economic and Revenue Forecast Council estimates unemployment in Q3 of 2021 will be at five percent and will decrease to 4.8 percent by Q4.

In a podcast address earlier this month, Washington Hospitality Association President and CEO Anthony Anton said the hospitality industry, specifically, is underperforming in terms of employment. Anton estimated the industry is short about 90,000 workers and says about one-third of the hospitality workforce are on Unemployment Insurance (UI).

“We still are missing two-thirds of the workforce that we need to get back to normal.”

Anton estimates some of the estimated two-thirds of the workforce that are not on UI, are either now working in the grocery industry, as they opened more positions during the pandemic, they’ve gone to other states that have looser COVID restrictions or more availability of work, or they’ve looked to gain employment in a position with more job stability.

Anton’s recommended solutions include getting back to recruiting, competitive wages, and incentivizing a return to the workforce.

The American Rescue Plan (ARP) signed into law on March 11, is set to provide unemployment benefits to those in Washington until September 4, 2021. The total number of weeks a person can receive benefits has also been increased to 49 for state and federal unemployment, and up to 75 weeks for those in the Pandemic Unemployment Assistance (PUA) program.

“We think wages are accelerating. We don’t think there [are] enough people for the jobs that are available. You’re seeing some anecdotal things. In Florida, some of the restaurants are paying $50, just for people interviewing.”

“I think we should keep an eye on inflation,” said Rieder. “But we think it’s going to be reasonably normalized over the next couple of years.”