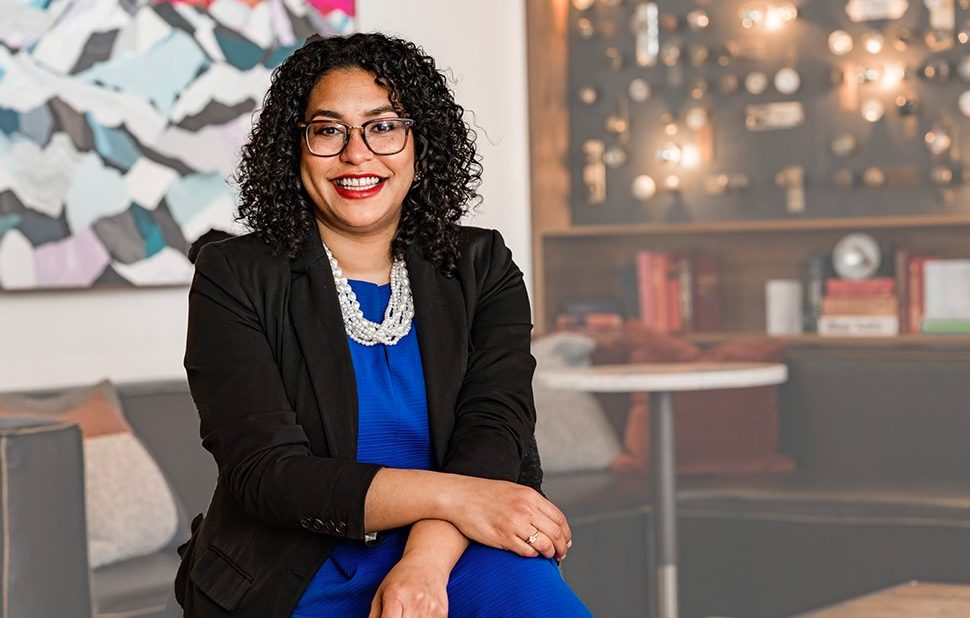 Q&A: What Brianna Thomas wants to do as a Seattle City Councilmember

Brianna Thomas, Chief of Staff to Council President and mayoral candidate Lorena González, is running to fill her boss’s citywide seat on the Seattle City Council.

With a front row seat to the intersecting crises faced by the city, both new and old, Thomas says she is running to ensure Seattle exits the COVID-19 pandemic “stronger and more resilient than before.” I spoke to Thomas to hear about how she plans to make good on that effort, if elected.

I also asked for her take on Seattle’s zoning laws, the Council’s relationship with the Mayor’s Office and how the Council makes sense of public opinion in the city.

Michael Goldberg: In your campaign announcement, you said “Seattle is facing a collective crisis at the intersection of race, health, and wealth inequality – all magnified by the COVID-19 pandemic.” As Chief of Staff to Council President González and in your prior roles, what have you learned about how to create policy for a host of intersecting issues, all of which impact different constituencies in different ways?

Brianna Thomas: One of the things I’ve learned is that it is very tempting to attempt to legislative each individual issue. Let’s say we’re talking about inequality. It’s very easy to work on a labor standard without recognizing that that labor standard potentially impacts small business owners who are from the same community you’re trying to serve. You want to make sure that workers who are normally disenfranchised or who aren’t being protected in the way you want to see are being elevated in the conversation. But you’re also working with the business owners who have to implement the policy; otherwise it’s just words on paper.

So take figuring out health access and the challenges you see with vaccine distribution, economic stability for low wage workers, and transit access. You have to put yourself in the shoes of a low wage worker who is also transit reliant and non-English speaking, who is in a priority class to get the vaccine. How do you solve all of those things for that person?”

MG: How do you respond to the criticism some make that the Council struggles to understand public opinion in Seattle? On the one hand, there are groups who speak about a silent majority in Seattle which the Council doesn’t pay attention to. On the other hand, there are also groups who feel the Council hasn’t done enough to combat long-standing issues in the city, even issues that garner significant attention. How does the council go about reaching a conclusion on where public opinion is in the city?

BT: One of the things we have to rely on is folks who reach out to us. In our office last year, we received over 100,000 emails. I think about how it aligns with different parts of the city. If I’m hearing from South Seattle that transit access isn’t what it needs to be for folks that are working, but I hear something different from North Seattle where more folks over private vehicles and have jobs that allow them to work from home, and I’m trying to work with King County Metro to assign service hours, you’ve got to work with the independent needs of those communities.

One thing that campaigns have on their side that the Council traditionally doesn’t is the ability to poll and to take in different perspectives from folks that may not necessarily reach out. Because Democracy is an opt-in program, you’ve got to figure out how to reach folks that aren’t inclined to opt-in on their own accord.”

MG: If elected Mayor, Council President González has listed addressing exclusionary zoning laws as one of her priorities. How might the Council and the Mayor’s Office go about changing zoning in a way that does not curtail naturally occurring affordable housing supply, like older properties, and pushing people out of certain neighborhoods?

BT: I think exclusionary zoning and two-thirds of our city remaining single-family zoned isn’t sustainable, not only as a housing supply side issue, but from an environmental perspective. We understand that density is good for the earth and we are at a tipping point with caring for the planet where we’ve got to get serious about how we modify our behavior.

We are already absorbing what are being referred to as “environmental refugees.” A lot of folks coming from California who are terrified of the annual fire season, which is getting longer and longer every year. So I think we’re fooling ourselves if we aren’t planning for what is likely to be an environmental catastrophe in the future. I want us to be a city that is ready for that influx and not left flat footed.

I live in a very cute apartment building that was put up in the 50s. My landlords have owned the building for 30 years and when other buildings were being built around them, they decided not to buy into a false paradigm of ‘everyone must raise rent.’ My neighbor has lived here for 22 years. If all of a sudden rent was jacked up to what is considered to be the average market rate, the home she’s had for 22 years is no longer accessible to her.

So I think what we’ve got to do is think about what people are and aren’t asking for in terms of density and what we can do to incentivize infill in communities that have traditionally been zoned for single-family housing. We need to look at what parts of our city can absorb more density and have the infrastructure to support it, whether that’s small businesses, transit, etc.

MG: What is the primary impediment to tackling exclusionary zoning in Seattle?

BT: I think Seattle has to grapple with two things. We have to grapple with the history of redlining that created communities with the history and makeup that they have. People of color, indigenous folks and the Jewish community at times weren’t allowed to live in certain parts of town. They weren’t allowed to become homeowners and take that first step toward building intergenerational wealth. That has pushed people around the city and even out of cities. We have to think about policies that welcome folks back to Seattle.

We also need to consider what mixed-income, mixed-lived experience, mixed-perspective neighborhoods bring to all of us. I think there’s a little bit of a scarcity mentality going on when we’re talking about what new neighbors mean. Neighborhoods that are diverse are thriving and vibrant and connected. That’s what I think Seattleites in the last couple of years, amid the challenges we’ve had, may have lost sight of.

We are a city of people who actually care about each other. The mutual aid program we saw at the beginning of covid is a testament to that. Neighbors helping neighbors is what makes Seattle one of the greatest places to live. I think in our own fear of our own loss and our own concern and our grief during this pandemic, we’ve lost sight of that.

MG: Over the past year, we’ve seen vetoes and veto overrides. While that has certainly occurred in past administrations, some have still speculated that relations between the Council and the Mayor Office’s are at an all time low. If elected how will you approach facilitating a collaborative relationship with the Mayor’s Office?

BT: Way back when I was a young legislative aid, we worked on policy together. Secure scheduling is an excellent example of that. We had folks from the policy shop on the mayor’s side working with our central staff and our legislative aides to craft the policy together. That unified front of the city coming to the table to bargain in good faith makes a difference with stakeholders and the amount of confidence they’re able to bring to a process.

That’s what I’d like to bring back – making sure that we are working as one Seattle and that we are sharing the resources we have in all branches of government, the judiciary included, to build policy that works for the whole city. I’ve been teased a bit for how much I’ve pointed out that government is a team sport, but it really is. I started in Olympia working in the Senate and the House. Nobody gets to walk in there with their own idea and perfectly crafted bill. It is a collaborative, iterative process.”

MG: What is a trend in Seattle, on the policy front or otherwise, that you’re optimistic about?

BT: I am optimistic about the dialogue we have going right now about community-based solutions and consistent community investments. Whether we’re talking about supporting victims of sexual assault or food banks or senior centers or getting folks their vaccines; investing in community-based solutions to these problems is a trend that I hope to see continue, and I particularly hope to see those investment be sustainable and long-term.

In the nonprofit sector, we see the in vogue issue of the week where philanthropic funds and foundational funds come forward for x,y or z issue, but only for 18-36 months and then a new issue comes along and everybody shifts their attention. I think when we do that, we set communities up for failure. They are not going to be able to build a sustainable system with the market results we want to see for that investment in a single budget cycle, and it’s unfair to ask them to do so.

This interview has been lightly edited for clarity and length.