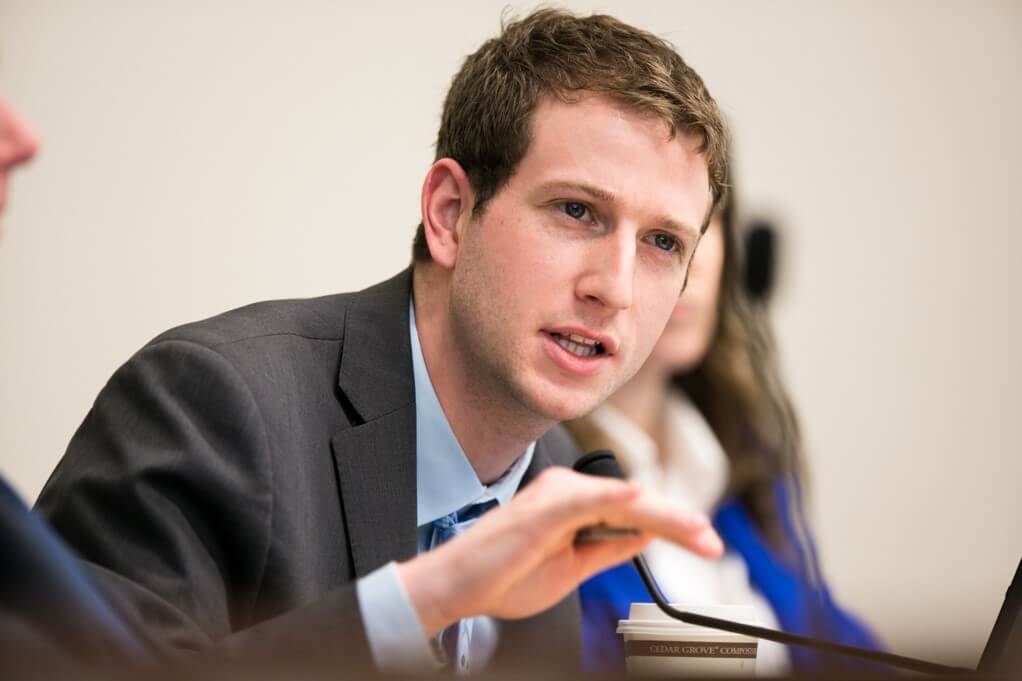 Podcast: Rep. Joe Fitzgibbon on 2018 and beyond

Last week, I sat down with Representative Joe Fitzgibbon, Chair of the House Environment Committee.  He has emerged as a leader on climate issues in the House, and is serving his second stint as the head of the House Democratic Campaign Committee. In this podcast, we talk through some of the climate issues he’s worked on, and where he expects the conversation to go. He also provides us insight into the midterm elections and what districts the Democrats are hoping to flip.

“I think that we are at the precipice of real change on climate. I think that if I had to predict I would say we’re going to see a lot of new Democrats elected to the Legislature this fall. We have a lot of momentum, I don’t want to just focus on climate, I think we have a lot of momentum on issues like healthcare affordability and gun safety. And I think that we’re on the verge of passing some really landmark things in this state whereas we’ve had such split control, even with majorities all on one side it’s such tight majorities, that we’ve kind of managed from crisis to crisis, whether that’s McCleary, or Hirst, or any given budget.