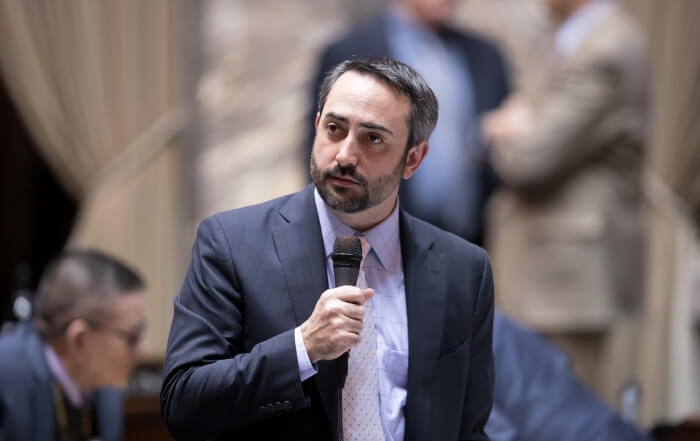 Podcast: A Conversation with Senator Guy Palumbo on Carbon

Senator Guy Palumbo was elected to the State Senate in 2016, but has already become a prominent figure in Washington State Politics. He serves as the vice chair on the Senate Higher Education & Workforce Development Committee, the Senate Local Government Committee, and the Senate Energy, Environment & Technology Committee. He also serves on the powerful Ways & Means committee.

We chat with Senator Palumbo about the 2018 session and his personal background before moving to the work done on trying to pass a carbon tax. He also provides valuable insight into the pollution fee initiative that is likely to be on the ballot this fall.

If you think about this policy, it’s even bigger than the Medicaid expansion. It affects every single person in this state should it pass at the ballot or legislatively. So the short session hurt us, the election year hurt us. And then I think ultimately at least on the carbon tax which the Senate took, to your point the House kind of worked the 100 percent renewable bill which they had a lot of momentum behind and we had the carbon tax, you know ultimately, I don’t think that the Republicans in the Senate really felt any worry at all about the initiative. They don’t feel like it’s going to pass. They didn’t feel any pressure to maybe come up with a more thoughtful bipartisan solution in the legislature. They kind of just said “bring it on.” I think you saw maybe Sharon Brown had mentioned in one of her local papers “you know, just bring it on.” There’s just no fear. So there was no need for them to take a tax vote, you know that they didn’t necessarily think was necessary. So that’s kind of where we’re at. I disagree with them on that, I think the initiative is going to pass.