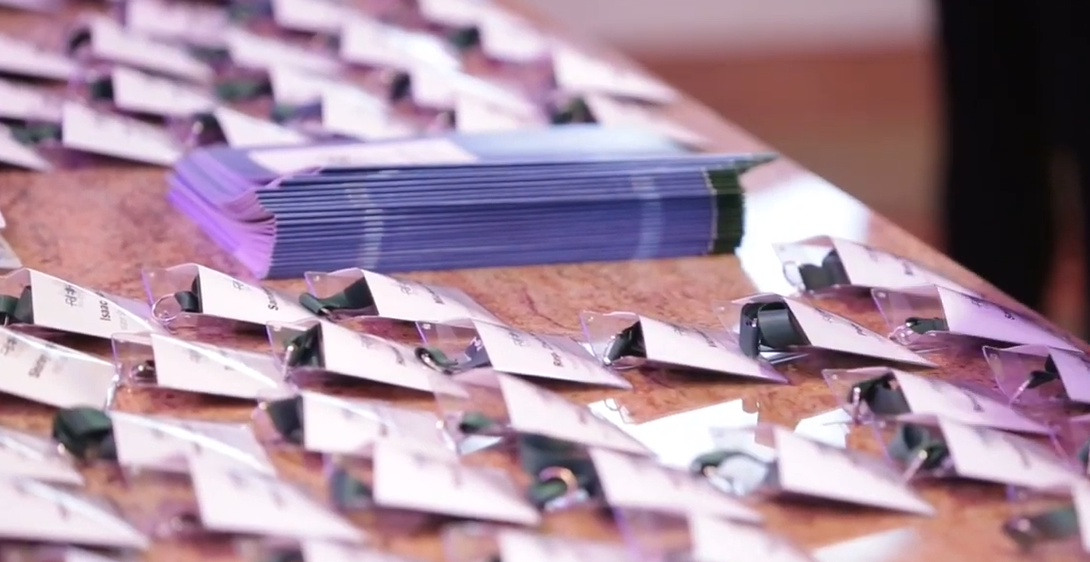 We had a big week last week at Re-Wire, with 250 attendees, 42 elected officials, and many of the conversations teed up for next year’s session. We feature some of those conversations for you here in this edition of Morning Wire.  We’ll finish up reporting this week, but will pause reporting and our emails for the last part of the month.  We’ll get started again just ahead of the legislative session next year!

On December 10th, we hosted more than 250 attendees — including over 42 elected officials — for our 2019 Re-Wire Policy Conference. We’re proud to have put together one of the most diverse gatherings of senior executives and policy leaders in the state. Check out the highlight reel from the day to get a sense of how things went.

A few key takeaways: legislators are talking about a modest session, but these short sessions are where big ideas can come from. Don’t sleep on Gary Locke: he would be a very compelling statewide elected official, and he still has ‘it’. For all the buzz of a capital gains tax, there aren’t the votes for it in the Senate…

Senate Democrats have introduced, with the encouragement of Governor Inslee and Attorney General Ferguson, a ban on assault weapons and high capacity magazines. Across the aisle, a group of Senate Republicans have introduced a ban of their own, theirs on the use of title-only bills.

Meanwhile in the House, a bill aimed at assisting spouses and dependents of active duty military by ensuring affordable access to higher-education has garnered bi-partisan support. Reporter Michael Goldberg has a quick glance at these bills and a few more that caught our attention from both chambers.

Kicking off the day at the Re-Wire Policy Conference, I had the privilege of sitting down with former Gov. Gary Locke for our Morning Keynote. Before serving two-terms as governor of Washington State, Locke served as King County Executive, defeating the last Republican incumbent of that office in the process. Later, he served as Secretary of Commerce and as Ambassador to China in the Obama administration.

Locke offered a unique perspective on our national and state politics, and a well-respected approach to finding common ground amidst political challenges. We spanned the personal and the political, touching on Gov. Locke’s political beginnings and his outlook on the issues animating policy discussions heading into the legislative session. Take a look at the conversation here.

4. Lunch keynote: Looking ahead to the 2020 Legislature

Our Lunch Keynote at the Re-Wire Policy Conference featured the perspectives of leaders from all four legislative caucuses. The panel discussed topics ranging from transportation to health care, and gave us a preview of what we can expect from the 2020 legislature.

Washington State Department of Labor & Industries (L&I) announced new rules related to overtime protections and the state minimum wage this week. On July 1st, the state minimum salary threshold for overtime pay will increase to $675 per week ($35,100 per year) for all businesses, which is 1.25 times the state’s minimum wage. The threshold will continue to increase until 2028 when it is expected to reach approximately $1603 per week (about $83,356), 2.5 times the minimum wage.

Reporter Michael Goldberg has the run downon the historical significance of the rules change, who will be most affected, and how L&I plans to implement the new rules.

In a statement posted on her Facebook page, Kristine Reeves, Democrat from Federal Way, announced her resignation from the Washington State House. Reeves represented the 30th District for three years.

Since the announcement, there has been speculation on social media that Reeves intends to enter the race in Washington’s 10th Congressional District to replace retiring Rep. Denny Heck. The speculation was fueled by Reeves’s resignation statement.  Its closing sentence read: “While we have accomplished much in Washington State, critical progressive priories and investments in our future often fall victim to special interests in Washington DC. That’s got to change.”