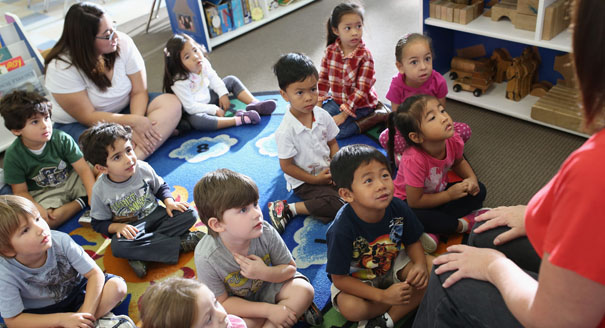 Meeting McCleary & Improving the Schools: Only a Matter of Dollars and Cents?

Maybe it’s the atypically spring-like weather in Olympia in the last week and a half or the extra $250 million coming into state coffers, but lawmakers have had pleasant, albeit businesslike, dispositions when it comes to the biggest issue they’ll have to tackle this year: satisfying the state Supreme Court’s mandate on K-12 education as part of its McCleary decision.

In a session that was billed as legislative Armageddon over basic education, as state schools Superintendent Randy Dorn put it in December, it’s seemed like anything but – so far. But there’s already some evidence of the fights looming at the end.

There’s been ongoing arguments between Republicans in the Senate, Gov. Jay Inslee and Democrats in the House over just how much McCleary costs this year. Inslee’s budget added $2.35 billion to education spending, paying off McCleary obligations ahead of schedule as well as expanding early learning, among other new investments in programs.

Sen. Andy Hill, R-Redmond and the budget writer in the Senate, pares down the requirements to the statutory schedule: $750 million in maintenance and operational costs, plus $235 million for cost-of-living increase for K-12 staff this biennium. House Majority Leader Pat Sullivan, D-Covington, said the minimum has to be $1.3 billion, including the $750 in maintenance and operations, plus $600 million to take on the next phases of K-3 class size reductions, implementing all-day kindergarten, and paying for guidance counselors and other support positions. Teacher pay increases would add to that.

Underlying those disagreements over dollars and cents is a deeper issue: Has the state already done the reforms it has to on education, and it’s now a matter of paying for them – when, by how much and with what, if any, tax increases? Is the answer to improving education adding new programs and spending, or is it pushing for deeper reforms?

You will get widely differing answers depending on which side of the aisle you ask. 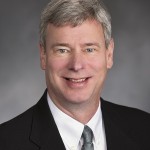 “We’re hearing it’s only a $700 million problem this year, which we know only gets you about halfway there,” Sullivan said in a news conference last week. “It’s at minimum $1.3 billion this session. I hope we can get serious about talking about the need for revenue. The sooner we do that, the more likely it is we’ll get done in 105 days.”

Sen. Michael Baumgartner, R-Spokane, offered the Republican counter-argument on Tuesday, speaking broadly about the ways Republicans have been trying to reform state government through the budget process.

“It’s not just about putting more money into that system,” Baumgartner said. “It’s about fixing that system.”

In the House, Rep. Chad Magendanz, R-Issaquah and the ranking minority member on the Education Committee, said he’s been trying to get bipartisan support for changing the compensation system for teachers, awarding pay increases earlier in teachers’ careers based on merit as opposed to later based on seniority. He also wants to see advanced degree requirements rolled back, based on the argument that they don’t have a positive correlation with student outcomes. 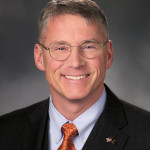 Another measure could be to have school districts to compete against each other with financial perks such as salary increases for teachers based on how vastly one district improves compared to the others, he said. Mainly, he said it’s about empowering school districts by giving them the tools needed to improve, he said.

“We’re trying to give the districts the tools they need to get the best, most highly successful teachers in front of every classroom,” Magendanz said. “I think we can get some meaningful reforms as part of the McCleary negotiations.”

Such policy reforms will see pushback from the state’s teachers’ union; it’s worth noting that Republicans have been working to roll back advanced degree requirements since the 1991 teachers’ strikes statewide, and prior to that. Rich Wood, a spokesperson for the Washington Education Association, said the Legislature has done the needed reforms over the last six years, starting in 2009 when they made wholesale changes to the definition of basic education in two landmark pieces of legislation. The state Supreme Court included those in its orders as a road map to satisfying its McCleary obligations.

Rather than going back over and rehashing old debates, Wood said the Legislature needs to act promptly in paying for the public school system. That includes smaller class sizes, as required by the law, for all grade levels, and a voter-approved initiative last fall, I-1351, will drop them down further. That means hiring more teachers, and funding their salary increases as required by an earlier initiative in 2000 that the Legislature has repeatedly suspended since the recession hit in 2008. There’s been little indication that the Legislature will move to fund I-1351 this year, and may end sending it back out to voters.

“We’ve gone through a lot of changes,” Wood said. “This should be the session when the Legislature finally begins to fully fund K-12 education.”

Frank Ordway, government relations director for the League of Education Voters, said he’s seeing a bit of education policy fatigue among lawmakers who’ve debated the bigger reform issues over the past several sessions. He said he could see bipartisan support coalescing behind measures to aid low-income students, such as a “breakfast-after-the-bell” program that would provide meals after the start of the school day in high-needs schools.

Democrats have their own proposals, including one from House Education Committee Chair Sharon Tomiko Santos that would seek to close the “achievement gap” by ending expulsion as a discretionary discipline, and collecting aggregate data on student performance by racial and ethnic categories, among other steps. Another from Rep. Lillian Ortiz-Self, D-Mukilteo, would improve student’s “high school and beyond” plans, while other measures from Reps. Chris Reykdal, D-Tumwater, and Mike Sells, D-Everett, would codify enhancements to salaries for state teachers and school employees.

Santos also proposed, and passed out of her committee, a bill to split up the Seattle School District, by far the state’s largest, into a series of smaller ones.

There’s almost 100 bills relating to all levels of education that passed out of House committees by cutoff, according to the League of Education Voters. But a criticism coming from conservatives is that Democrats in the House haven’t shown an interest in reform that Republicans in both chambers have shown, said Liv Finne, an education policy analyst with the conservative-leaning Washington Policy Center.

Finne said the session offers an opportunity to institute more reforms aimed at improving student outcomes, and not just increasing funding, which she said is an expensive fix to underlying policy problems with the state’s school system.

Moreover, she criticized the push for additional spending that would require tax increases to fund.

“Look at the revenue increase that the state is getting for its budget,” Finne said. “There’s plenty of money. It’s a completely false choice that’s being presented here.”

Senate Minority Leader Sharon Nelson, D-Maury Island, said if this session’s negotiations play out like two years ago, the parties will reach broad strokes of agreement on the levels of budget spending, but the Senate will include policy reform bills that the Democrats disagree with and object to. That will lead the negotiations to drag out.

Sullivan bristled a little bit at the question of why the House would wait to take up a transportation package until after a deal on McCleary could be ironed out, provided the Senate can send over the gas tax increase before the House releases its spending plan. That seems likely.

“I don’t see how I can go back to my constituents and say, ‘Yeah, I raised your gas tax, I raised your motor vehicle excise tax to meet our infrastructure needs, but when it comes to your school children, we failed them,’ ” Sullivan said. “I get a little frustrated that we can’t have that open, honest dialogue.”

What will shake out at the end? Ordway said he’d expect “significant, but not earth-shattering changes.” On the spending side, he said it’s “a question of how big do they want to bite off?”

CORRECTION 2/25: This story has been modified since its original posting to reflect the correct year voters passed I-732.