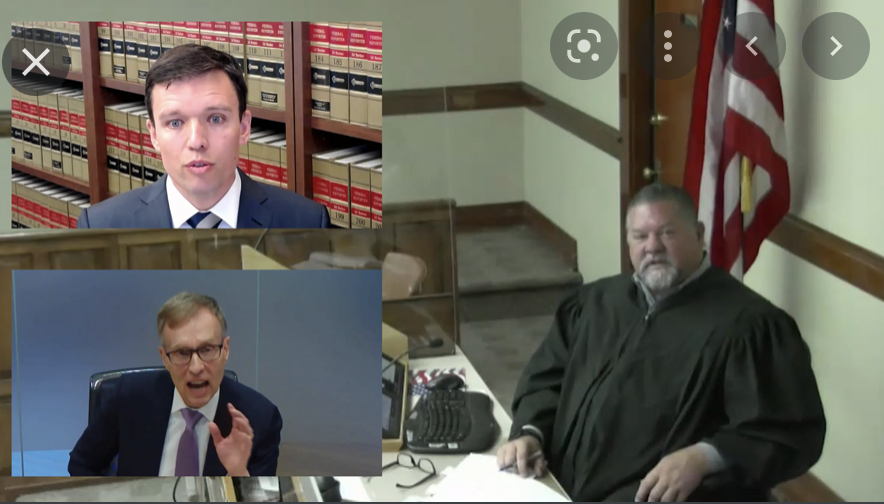 Conservative opponents of the capital gains tax got what they were looking for out in Douglas County — a full-throated declaration that the tax adopted by the Legislature last year is an income tax and therefore a violation of the Washington Constitution.

The opponents went venue-shopping in hopes of taking such a clear ruling to the Supremes, where this issue was always going to wind up. Judge Brian C. Huber’s ruling from Tuesday cribs liberally from the briefs filed by former Attorney General Rob McKenna and his team² and disdains the argument advanced by the Solicitor General Noah Purcell’s crew that the tax is an excise tax on the act of selling an asset.

“ESSB 5096 is properly characterized as an income tax … rather than as an excise tax as argued by the State. As a tax on the receipt of income, ESSB 5096 is also properly characterized as a tax on property pursuant to that same caselaw. This Court concludes that ESSB 5096 violates the uniformity and limitation requirements of article VII, sections 1 and 2 of the Washington State Constitution. It violates the uniformity requirement by imposing a 7% tax on an individual’s long-term capital gains exceeding $250,000 but imposing zero tax on capital gains below that $250,000 threshold. It violates the limitation requirement because the 7% tax exceeds the 1% maximum annual property tax rate of 1%.”

We broke down the legal arguments in the Observer in January, so we won’t get too deeply into that here. The ruling tees the issue up before the Supremes for a definitive revisitation of the original ruling from the 1930s that income is property. That’s the outcome that progressives are really looking for because it would clear the way in the future for further changes to a tax structure that falls heavily on the poor and lightly on the rich.

In the short term, the ruling creates some headaches for Ways and Means Chair Christine Rolfes and Appropriations Chair Timm Ormsby because it punches a pretty substantial hole in the state budget. The Supremes certainly won’t resolve the case before the Legislature’s scheduled to blow town next week.

The money from the capital gains tax was intended to pay for a big increase in state spending on child care and other early learning programs also adopted last year. It wasn’t due to start flowing until early next year, but it’s enough in the current budget cycle that they’ll have to figure out how to backfill. Luckily, there’s still a bunch of that federal pandemic aid we like to think of as Uncle Joe’s Pile of Cash (UJPoC) lying around, although majority Democrats had some other plans for all that dough.

It also raises interesting questions of timing for the nascent ballot initiative campaign to repeal the tax. First of all, as it currently stands, there’s nothing to repeal, although the initiative would likely take the form of a broad prohibition of taxes on income, including capital gains.

Meanwhile, briefing and oral arguments over the issue could well eat up the available time between now and the July deadline for turning in signatures to get a measure on the November ballot. The wealthy backers of the ballot committee will have to decide whether they’re willing to put up north of $1 million for signature-gathering costs when they might wind up winning in court sometime later in the summer.