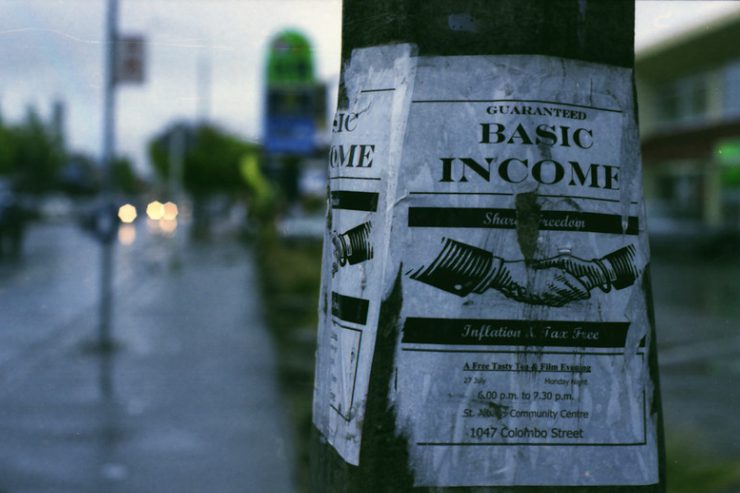 Is a guaranteed basic income headed to King County?

On Thursday, King County Councilmember Dave Upthegrove proposed a study of a King County Basic Income Program to analyze the benefits of a guaranteed monthly income for residents.

Upthegrove says he plans to request the study in the county’s spring supplemental budget, which is expected to be passed in late June.

The economic disruptions brought on by COVID-19 have cast a spotlight on the devastation caused by losing one’s income,” Upthegrove said. “When a person’s livelihood is taken away or reduced substantially, the impacts resonate throughout not only their own life, but also the broader community. I want to see if the guarantee of a monthly income can stabilize people’s lives and open doors to new opportunities that previously would have been unaffordable.”

The idea behind basic income programs is to provide every adult citizen with a guaranteed amount of money from the government on a regular basis. By ensuring people have a baseline level of money, these programs aim to alleviate poverty.

A growing coalition of mayors have joined to build support of the policy. Seattle Mayor Jenny Durkan and Tacoma Mayor Victoria Woodards are among the mayors who joined the Mayors for a Guaranteed Income, a group that advocates for a Guaranteed Income by supporting pilot programs for testing the idea. Later this summer, Tacoma will launch a guaranteed basic income pilot in which 100 residents will receive $500 a month for a year.

Upthegrove says he wants to assess what a Guaranteed Income might look like at the county level.

Although basic income programs have been around for a while, they are primarily run out of cities. I am interested to learn what a county program might look like and how it could be structured to best assist those who need it the most,” Upthegrove said. “What kind of qualifications would be best? What goals would be meaningful and measurable? A study that provided such answers could drive future policy discussions and now is the perfect time to look at creative economic ideas.”

A Guaranteed Income is not synonymous with ideas like a Universal Basic Income (UBI), such as the proposal from former presidential and current New York City Mayoral candidate, Andrew Yang. A guaranteed income may encompass ideas like UBI but can also refer to more limited proposals that provide cash to a large number of people but not everyone, or are means tested to target only the poorest people. For that reason, such a program might not be “universal.”

When citizenship is the sole qualification for receiving the money, the program becomes a universal basic income system.

Seattle was among the cities where between 1968 and 1974, the federal government experimented with a “negative income tax” – a variant of the basic income. The experiment found that the policy benefited those who received the money, but tended to modestly reduce the number of hours they worked, and the amount they earned.