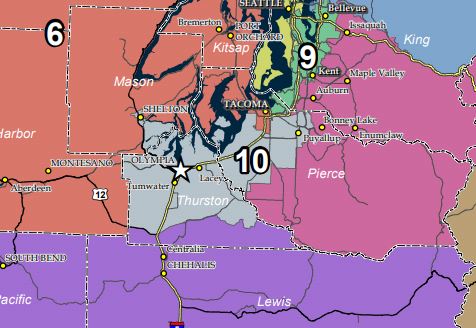 How we selected candidates to participate in the 10th CD debate

I’ve heard from a few folks wondering about how we selected our candidates for our upcoming debate in the 10th Congressional district.

After all, we’ve invited 6 candidates to participate while 14 are running.

To answer that, let’s start with the candidates’ own fundraising totals. You can click on the image below to increase the size of the font for clarity.

This is a screen grab from the FEC that shows a roster of the dollars raised by each candidate. We took the top candidates who had raised any money at all, which was six.

Eight other candidates have filed but reported little to know funds raised. In sixth position, you’ll see that Nancy Slotnick reports only a 1/10th of what Kristine Reeves has raised, and 1/4th of the next closest competitor in terms of dollars raised.

Some folks have argued to me that the fact that Slotnick only reports $4,000 cash on hand might be viewed as disqualifying. They have argued that more time should be allocated to the top fundraising candidates.

Alternatively, some have suggested that other candidates are doing great work, even if they haven’t reported raising any money.

At the end of the day, working with our co-hosts at The Nature Conservancy of Washington, we decided to include as many active candidates as possible that still allowed for as much focused time for the leading (by dollars raised) candidates as was reasonable.

That put us at six.

Maybe smarter folks than me would have come up with a better number to invite, but that’s our logic, and we’re sticking to it.