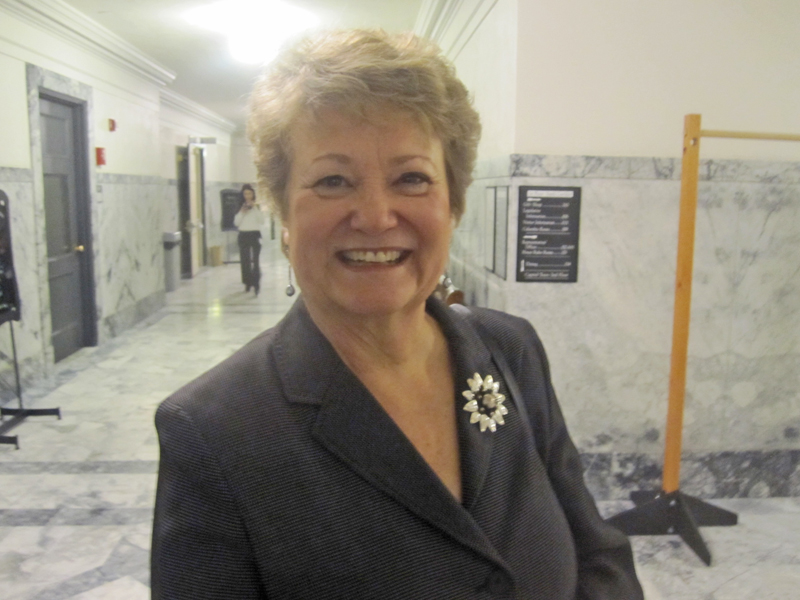 Head ‘em off at the Pass! – Transportation Advocates Scramble to Develop Tax Package for Roads, While Lawmakers Eye Gas Taxes for K-12 Education 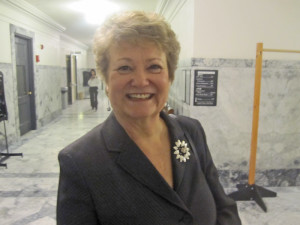 OLYMPIA, Jan. 16.—House Transportation Chairwoman Judy Clibborn, D-Mercer Island, is getting set to announce a transportation proposal that might be seen as an effort to head ‘em off at the pass. If crumbling roads and traffic jams weren’t enough to create a sense of urgency after three years of consensus-building efforts, new talk of jacking up gas taxes to pay for K-12 education seems to have lit a fire under the state’s transportation interests.

Last month outgoing Gov. Christine Gregoire left them aghast with a proposal to create a new fuel tax to pay for school-bus transportation. Transportation interests see it as direct competition for any proposal to raise gas taxes for road construction, for a simple reason – it’s hard to ask voters to pay more for gasoline if the Legislature has already jacked up prices. And what it has done is to galvanize a slow-as-molasses effort to build consensus for a new transportation package. Now the race is on. “I can’t see how you can do both,” Clibborn says.

Next week Clibborn says she will meet with groups that have a stake in the issue, measuring political support for a plan that would raise gas taxes by nine or ten cents a gallon over a 10-year period, and increase motor vehicle excise taxes and truck-weight fees. It’s going to take plenty of coalition-building to put it over, she says. Her plan has money for transit, money for local governments. But one element is sure to spark debate, a plan to increase the state’s hazardous substance tax to pay for Puget Sound cleanup. It might get the state’s environmental community on board, but it promises to renew a battle with the oil industry that has raged the last four sessions in a row.

“That isn’t very popular,” Clibborn says drily. On the other hand, she says transportation interests ought to be very worried right now. They have been trying to decide whether this is the year to make the push. Now that transportation is butting heads with education, Clibborn says she has no doubt.

The state’s transportation budget is one of the most fiercely defended areas of state spending, with a constituency that ranges from contractors to construction trades unions, business organizations, the oil lobby, ferry interests, local governments, transit boosters and others. For the last three years they have been dickering about a tax package, always a lengthy process. Two years ago a blue-ribbon panel identified $50 billion in needs, though of course no tax proposal will come anywhere close. And when exactly, might be the best time to spring it on voters has been a matter of debate up to now. The trouble is that that this year a Supreme Court decision is pitting the transportation constituencies against an equally powerful imperative that the state spend more money for K-12 schools, and the worry is that  education might beat them to it.

Last year, in what is known as the “McCleary Decision,” the court ruled that the state isn’t meeting its constitutional duty to fully fund basic education. It said the Legislature might be able to meet its obligation by paying for a couple of basic-ed bills it passed during the worst of the recession, when lawmakers didn’t have a clue about how they might pay for them. They still don’t, and the price tag eventually will be immense.

Lawmakers are looking to start the process with at least $1 billion in additional spending during 2013-15, maybe more. One easy way out surfaced during the pre-session deliberations of a Joint Task Force on Education Funding — plucking school-bus transportation from the state general fund budget and putting it into the state transportation budget. In one stroke $900 million would be freed for other K-12 programs. For education advocates it’s a no-brainer – the transportation budget isn’t sacred, they say. “You’re saying roads are more important than kids, and I don’t think that is the correct message to the public,” says state Superintendent of Public Instruction Randy Dorn.

Gregoire’s final budget – really nothing more than a suggestion from a lame-duck on her way out – is the closest thing to a firm proposal that has been seen so far. It’s a bit complicated. Under her plan, money for school bus transportation would come from a wholesale excise tax on motor fuel, which isn’t quite the same thing as a gas tax. Revenue would depend on the price of gasoline, rather than the number of gallons sold. And the shift wouldn’t happen all at once. Gregoire proposed continuing a couple of “temporary” taxes from 2010 that are set to expire in June, on beer and service business, through 2016. They would defray costs while the school-bus responsibilities are shifted to transportation over the course of three biennia; by 2017-19 the new tax on motor fuel would pick up the whole tab.

Details aside, the important question is who would pay. Gregoire insisted the oil industry would eat the whole thing. “Let’s be clear, the top five oil companies in America, in the first six months of the year, had over $60 billion in profits,” she said. “So I expect them to do this without passing this on to consumers.”

She may be the only one who thinks so. Back in December, when the Office of Financial Management was briefing lawmakers about the idea, Senate Republican Leader Mark Schoesler says, “The first question was how many cents a gallon does that add to the gas tax? And the comment from the OFM director was, well, the governor believes that the oil companies will absorb this in their billions of dollars in profits. After the laughter stopped, they said oh, about 11 cents a gallon.”

At a meeting Tuesday of the House Transportation Committee, OFM’s Julie Murray said the tax would be the equivalent of five cents a gallon in 2013-15 and rise to 12 cents a gallon in 2017-19. Of course, it all depends on the price of gas at the time – if prices continue upward, so does the tax.

It’s not clear how far the idea will go in the Legislature – House Appropriations Chair Ross Hunter says he’s willing to consider it, while Schoesler and other members of the new Senate majority coalition say it is a complete nonstarter. But certainly the idea has left every transportation interest aghast. It solves one problem by creating a new one, says Michael Ennis of the Association of Washington Business – or rather, it makes an existing problem worse. “We have a $200 billion dollar unmet infrastructure need in transportation and it doesn’t make sense to add additional obligations to that funding gap, which school bus funding would do.”

Until last fall, such ideas were virtually unthinkable, because of a 1944 amendment to the state constitution, the 18th, which says that motor-fuel taxes must be deposited in the state transportation account and spent for highway-related purposes. The state Supreme Court ended that special status last fall when it upheld the state’s hazardous substances tax, which is levied primarily on oil and is spent on a cornucopia of environmental programs. The ruling was all about the strict language of the amendment, rather than its intent. The court said that if lawmakers pass a fuel tax and declare from the start that it is earmarked for a purpose other than transportation, they can spend the money any way they want. Even without the ruling, it is possible the school-bus proposal might have skated through – it is a form of transportation, for one thing – but transportation advocates say the concept demonstrates that it is now open season on a once-sacrosanct program.

“Roads will always lose if the choice has to be between roads and kids,” says Duke Schaub of the Associated General Contractors. “The Legislature has a constitutional responsibility to fund K-12 education to the extent that the Supreme Court has said so, but I think transportation should be considered a different priority.”

Business groups put a high priority on freight-mobility issues and are just as alarmed. “It’s really straightforward,” says Steve Mullin, president and CEO of the Washington Roundtable. “Any money that comes from the transportation budget for pupil transportation is money that will not be available to maintain our transportation system or finish the projects that we have under way. As for the voters, it is impossible to predict how they would react, but it would create a very significant hurdle.”

The Roundtable, like several other organizations, has put forward its own transportation plan — one that mirrors Clibborn’s in many respects, including a nine-cent gas-tax increase and increases in the excise tax and weight fees. Key difference: No increase in the hazardous substance tax.

Oil Gets it Both Ways

Clibborn hopes to get environmental interests on board with her proposal to increase the tax rate on hazardous substances from .7 percent to 1.0 – thus helping them achieve their longtime goal of funding for Puget Sound cleanup projects. But her political calculation could spell trouble with oil interests, normally a key ally in transportation battles. Since 2009 the state’s refiners have battled similar proposals to a standstill. That element might make things a wash, says Frank Holmes of the Western States Petroleum Association – raise the hazardous substances tax and that gets passed on to consumers, too, he says.  Holmes notes that the Legislature raided the tax account to the tune of $250 million at the worst point of the recession, and that tax revenue has skyrocketed with the rising cost of motor fuel. Meaning there’s more than enough money as it is.

No matter which way the Legislature turns, if it raises taxes on oil, the end result is a tax that will hit consumers, he says. “Any costs put an additional burden on the refiners, and if those costs are not passed along, it jeopardizes the economic investment in the facilities in this state.”

Clibborn says she’s still in the sounding-it-out phase; odds are a bill won’t materialize until February.