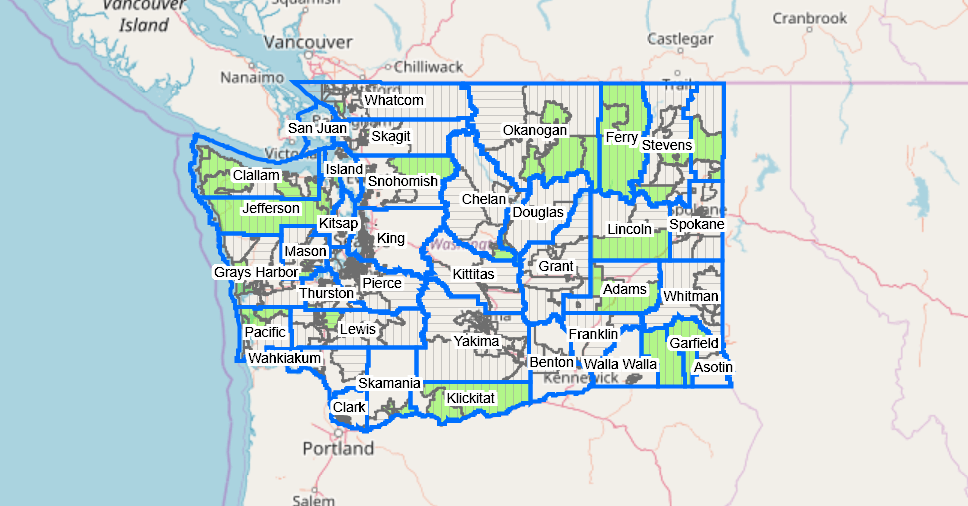 This press release was provided by the Washington Department of Commerce.

“Opportunity Zones have the potential to provide a much-needed boost to communities and target development projects, strengthening the local economies and creating jobs,” said Gov. Inslee.

“Opportunity Zone status could be a useful tool to help strengthen these communities by encouraging capital investment,” said Commerce Director Brian Bonlender. “While we had many more requests than available tracts, I believe we ended up with a good balance of urban-rural and economic development and housing opportunities.”

The Opportunity Zone program was a bipartisan proposal in Congress incorporated into in the U.S. Tax Cuts and Jobs act, allowing the governor of every state to designate up to 25 percent of eligible census tracts as Opportunity Zones. Investments made through special funds in these zones will be able to defer or eliminate federal taxes on capital gains.

To qualify for Opportunity Zone status, a census tract must have an individual poverty rate of at least 20 percent and median family income up to 80 percent of the area median. A total of 555 census tracts in Washington met the eligibility criteria, though only 139 could receive the designation. View the U.S. Treasury Department list of eligible tracts.

Commerce engaged stakeholders throughout the state to allocate designation of some tracts to counties and tribes, and develop an impartial competitive process for nominating other tracts.  As part of this process, the governor asked Director Bonlender to work with Lt. Governor Cyrus Habib and Treasurer Duane Davidson to develop a recommendation for a small portion of the tracts to help achieve the greatest possible economic impact and positive investment outcomes to strengthen communities.

“As strong as Washington’s economy is, there are still many communities that aren’t seeing the benefits of economic growth,” Habib said. “This federal designation will help drive private investments to regions across our state, enabling communities to leverage their untapped resources to bring jobs, housing, and critical development to every corner of Washington.”