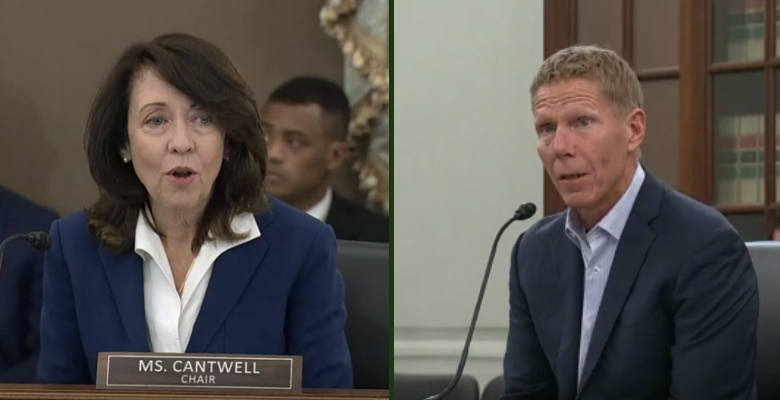 NIL legislation varies in states that are implementing it into law. The laws all share the similarity of allowing collegiate athletes to be compensated by a third party for use of their name, image, and likeness.

The NCAA defines NIL as such:

“Most simply, “name, image and likeness” are three elements that make up a legal concept known as “right of publicity.”

Right of publicity involves those situations where permission is required of a person to use their name, image or likeness. For example, no permission is required for a newspaper to publish a photo of an athlete playing in a game. The legal copyright would belong to the photographer, not the person pictured.”

“I’m in favor of [athletes] profiting as much as they can,” Few testified. “We are at a critical juncture in college athletics.”

Few argued Gonzaga and other schools in states without an NIL law would be at a disadvantage competitively, based around their ability to draw interest from recruits.

“We need your help. At this point this is not an issue the NCAA or individual states can fix. We can’t run competitive fair championships if every state has a different rule.

Only action by Congress can maintain some sort of semblance of a level playing field.”

In his testimony, Few explained benefits Gonzaga currently offers their student-athletes and how they cover out of pocket medical expenses, up to two years after an injury, and medical insurance.

This comment later prompted a comment by US Sen. Maria Cantwell of Washington, who Chairs the Commerce, Science, Transportation Committee. She said:

“We have been doing our own analysis, and to me requiring Division I and Division II schools to help cover these health care costs would be an important goal for us to achieve.”

In October of 2020, the National Association of Intercollegiate Athletes (NAIA) passed legislation allowing athletes to profit from NIL. Washington State has 3 schools that are members of the NAIA: The Evergreen State College, Northwest University, and Walla Walla University.