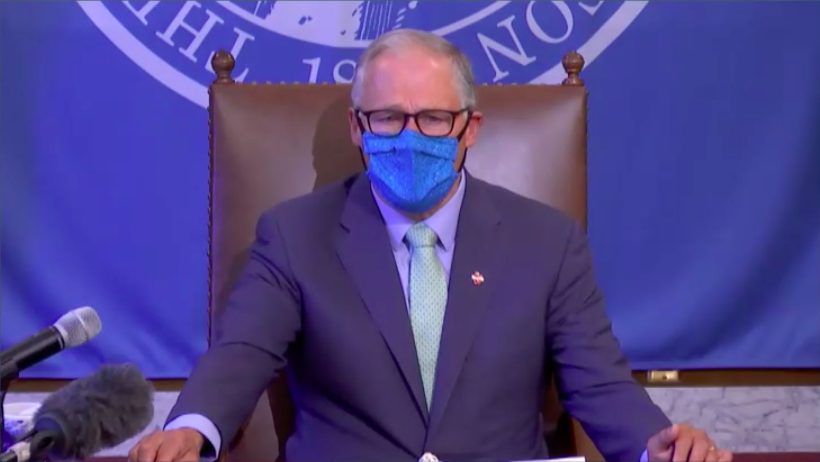 When asked by the Wire how the state can make progress on contact tracing with these delays in turnaround time for tests in conjunction with rising consumer demand, Inslee said the situation necessitates increased support from the federal government to produce testing materials.

This is a challenge because these southern states are creating a huge demand on these commercial labs…But we need help from the federal government. I’ve said this now for four or five months. We need the federal government to use the Defense Production Act to increase the production of reagents and other materials that are necessary to be able to run these tests. And we have concern about that, that the reagents could run short and potentially affect our in-state lab producers,” said Inslee.

While the Governor did acknowledge the challenge presented by increased demand on commercial labs, he also noted that the bulk of tests are still being processed at in-state labs.

I think I heard this morning that 80% of our lab results do not come from those commercial labs, they come mostly from our internal labs in the state of Washington. So that’s a relatively small percentage that are experiencing that particular problem.”

We need to have a very rapid turnaround time so that our contact tracing can be successful and we need national leadership to help in that regard.”

According to the Washington Department of Health, when the department learns that someone has tested positive for COVID, an interviewer reaches out, typically by phone, to speak with that person. The interviewer asks questions to determine the person’s close contacts, which it considers anyone who has been within 6 feet of them for 15 minutes or more while they were infectious.

At the press conference, Inslee also announced that the statewide pause for counties looking to advance from their current stage of the “Safe Start” reopening plan will continue though July 28, with subsequent delays possible.

Inslee confirmed there is “significant risk” that already reopened parts of the economy may have to be closed again if COVID-19 cases continue to rise.

Safe Start – a four-phased plan for economic reopening – was put on hold earlier this month as cases increased following the gradual easing of quarantine measures. While the pause was originally intended to last two weeks, the Governor said that the spike in cases, hospitalization rate, and delay in receiving test results did not justify moving forward with reopening.