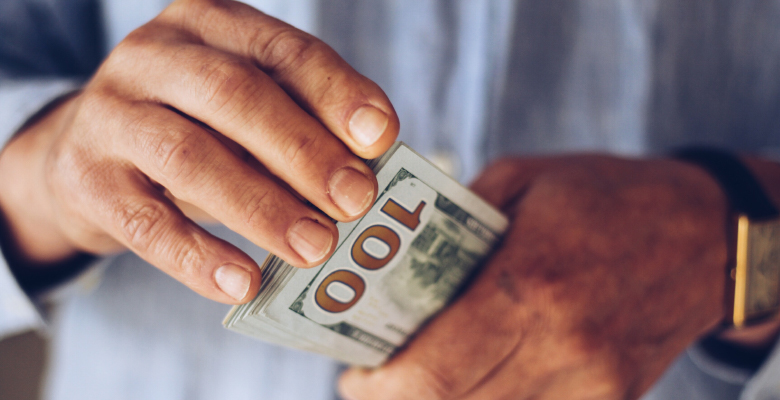 Lawmakers from both sides of the aisle expect to see changes to the Washington Cares Fund in the 2022 session as they try to ensure the program’s financial viability and fairness.

The fund was established by the Legislature in 2019, and levies a 58 cents per $100 payroll tax, which will start coming out of worker’s paychecks across the state in January 2022. The money will fund a long-term care program, which will pay out $36,500 to eligible Washingtonians when they need care. Washingtonians have until Nov. 1 to opt-out of paying for coverage and to purchase their own private insurance plan instead.

The fund is meant to address a growing problem, where seven of 10 Washingtonians over the age of 65 will need long-term care which is often expensive, according to the Washington Cares Fund. In order to qualify for the state’s Medicaid reimbursement for long-term care, which accounts for roughly 6% of the state’s budget, many people have to burn through their savings.

The benefit amount is roughly enough to cover one year of home care, said Rep. Nicole Macri (D-43rd LD), who sponsored the bill, and will help prevent people from going broke paying for care while waiting to qualify for Medicaid.

“This new benefit will provide both a safety net for working Washingtonians… and also will help people maintain independence,” she said.

The fund has drawn opposition from Republicans, who have criticized the added tax on paychecks and questioned whether the program is sustainable at its current rates. Sen. Mike Padden (R-4th LD) said during the 2021 Inland Northwest State of Reform Health Policy Conference that he expects to see the Legislature increase rates, possibly up to 68 cents per $100 in the upcoming session.

Padden, who represents Spokane Valley, said he’s heard concern from companies whose employees live in Idaho and won’t be able to access the benefits from the tax, but will still be required to pay it. He would like to see the tax adjusted to be an opt-in measure, instead of opt-out.

“It’s [the] government telling you you’ve got to have long-term care rather than allowing individuals to make that decision for themselves,” Padden said.

The tax has gained more attention in recent weeks. The Office of the Insurance Commissioner stated that one company received 66,000 applications for long-term care insurance ahead of the Nov. 1 opt-out deadline, according to KUOW. Last year, the same company only sold 8,000 policies. This rush has overloaded insurance companies, and led many to stop selling policies.

The original bill allowed workers who already had private long-term care insurance to opt out of the state tax. When lawmakers tried to clarify during this last session that the loophole was only meant for people who had insurance prior to the bill’s passage, Sen. Ron Muzzall (R-10th LD) added and passed an amendment that extended the deadline to Nov. 1.

Muzzall also thinks the tax is not sustainable, and that the insurance industry can’t handle the current wave of demand for private plans.

“This is going to be a long-term problem,” he said. “Time will tell how we will separate it out.”

The extension of the opt-out deadline is creating headaches for employers, insurance companies, and state agencies, said Kate White Tudor, a lobbyist with the Washington Association of Area Agencies on Aging, who helped draft the 2019 legislation.

“I know that many [people] have withdrawn from the market, and we are hoping that after Nov. 1 things will settle down,” White Tudor said.

“Our lack of long-term care insurance in the country is the largest uninsured risk we face as a society… For working people who don’t have a lot of savings, who haven’t saved enough for their own long-term care, they’re still stuck in a system where they have to spend everything they have to qualify for Medicaid.”

Still, there are likely to be changes to the Washington Cares Fund in the upcoming session, Macri said. In particular, the Long-Term Services and Supports Trust Commission, which she sits on, will focus on ensuring the program remains financially viable into the future.

Macri is also thinking about residents who are close to retiring, and will be required to pay into the program, but won’t be working long enough to qualify for the benefits.

“I think there are some key areas that the Commission has been working on, and we’re likely to see some recommendations coming to the Legislature to fine tune eligibility elements of the program,” Macri said.