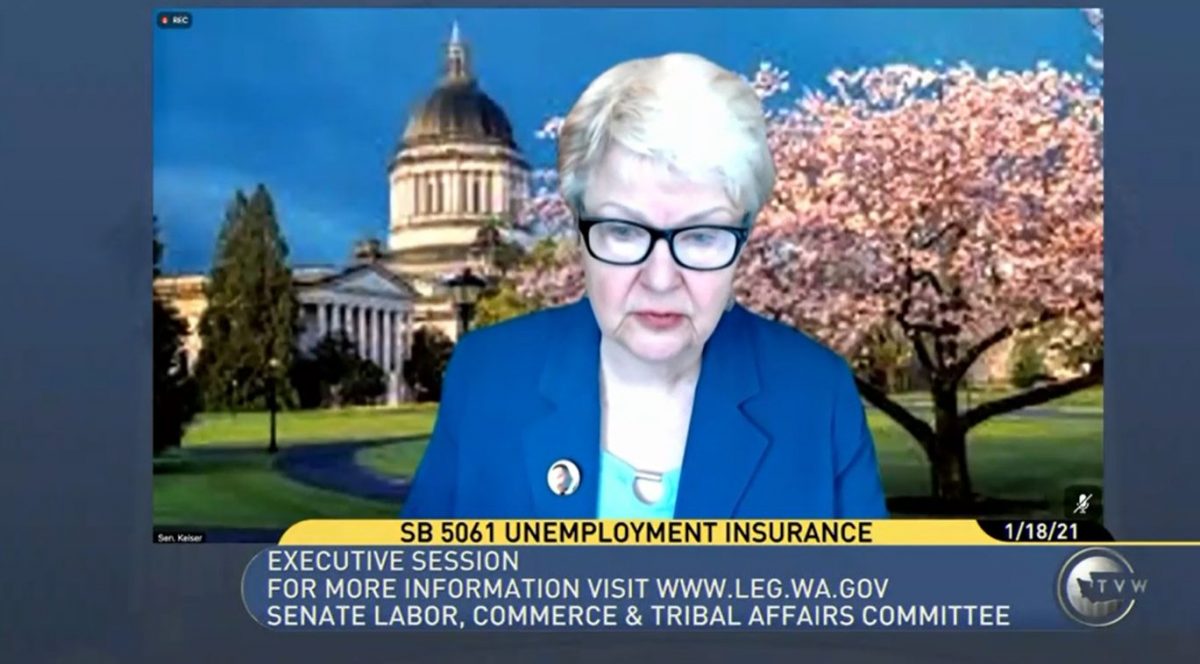 A bill that would increase the minimum weekly unemployment benefit amount from 15% to 20% of the average weekly wage passed out of executive session today with bipartisan support and will be among the first bills brought to the floor this session.

In addition to increasing the minimum weekly unemployment benefit amount, the bill:

The provisions would be paid for in part via a loan from the federal government.

This bill is not perfect. It is an attempt to, in an unprecedented emergency situation, address some of the urgent issues, including that April 1st tax payment that employers are facing and the huge increase in their tax bill that they are currently looking at,” said Sen. Karen Keiser (D- Des Moines), the bill’s prime sponsor.

Schoesler said he could not vote for a bill that “rewards misconduct” at the Employment Security Department (ESD).

I can’t in good conscience vote for this bill. This bill simply puts the pain on an installment plan for our state’s employers, plain and simple. The billion dollars we borrow have to be repaid … Our office has spent hundreds of hours in the interim doing the work when ESD had mistreated workers. And yet it’s no big deal to lose however many hundreds of millions of dollars to a scammer and then the put the pain on an installment plan.”

The amendment passed 8 – 1, with Sen. Derek Stanford (D – Bothell) being the only no vote.

I appreciate this bill and I think there’s been a lot of effort put into it. I think we’ve done a relatively good job of taking care of our employees who were laid off and that’s what our trust fund and unemployment insurance is for,” said King. “We have provided some help to small and middle-sized businesses but I think there’s more we need to do than what is encompassed in this bill. We need to give them some help. I would ask that we come back in 2022 with a promise that we’re going to look at this bill again and see if we do not need to make some changes.”