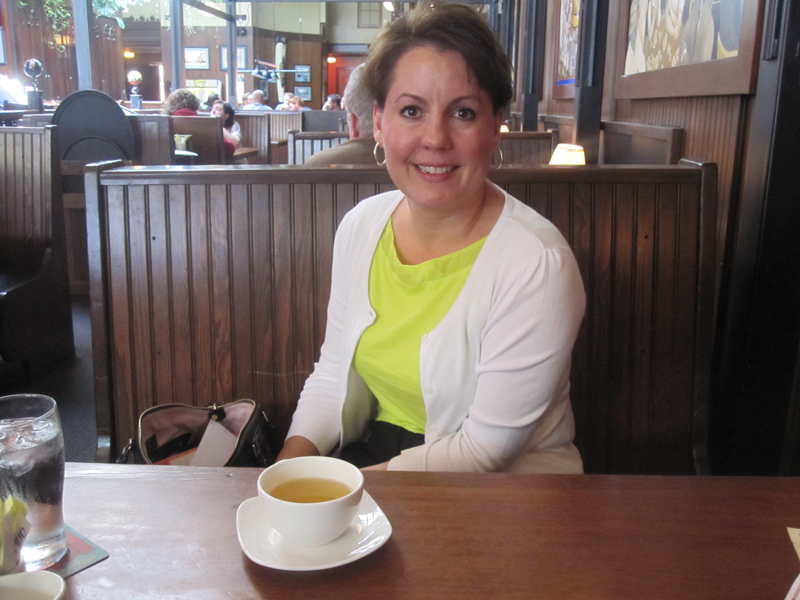 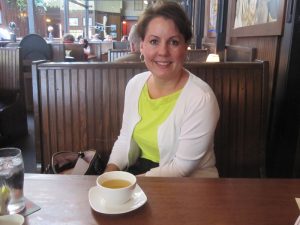 OLYMPIA, Aug. 15.—Sometimes you hear about people who are tabbed for stardom on their first day, but in the case of Ann Rivers, the newly elevated Republican senator from La Center, it took twice as long. Some 24 hours after Rivers was sworn in as a freshman member of the state House last year, she found herself delivering the official Republican response to Gov. Christine Gregoire’s state of the state address. You have to remember the Legislature is a place where freshmen are seen and not heard. People have been noticing her ever since.

“I always like to say I’m the most accidentally successful person that I ever met,” Rivers says with a laugh over lunch with Washington State Wire. Accident? For more than a year now, lawmakers and legislative leaders have been telling people that Rivers is one to watch. And now, whisked into the Senate by the surprise resignation of state Sen. Joe Zarelli, R-Ridgefield, she stands poised to become a key player in the Republican caucus during the 2013 session, a figure of energy in a chamber where the gray marble and the lengthy oral roll-call votes seem sometimes to sap the spirit. Could the word be – drab?

“Not anymore,” she says.

Actually, Rivers, 45, isn’t the absolute fastest riser in the Class of 2010. That honor goes to Seattle Democrat David Frockt, a freshman House member who won appointment to the Senate following the death of Scott White last fall. But what happened in Rivers’ case certainly was one of the most dramatic filing-week plays in memory.

The senator from Rivers’ 18th district, Joe Zarelli, R-Ridgefield, seemed a shoo-in for re-election this year. The respected Senate Republican budget chief was one of the Senate’s power players, and he helped engineer the upheaval of March 2 when three Democrats broke party ranks and voted with the Republicans on a compromise budget. Here’s how good his chances looked: Zarelli was the only lawmaker the state Labor Council voted to oppose despite the fact no challenger had emerged, a promise of backing if ever there was one, and yet Zarelli still only managed to attract one opponent during filing week, relatively unknown Ralph Schmidt of Camas, a Democratic precinct committee officer.

By the last day of filing week, though, Zarelli still hadn’t filed. The clock ticked. Observant Olympians, following the filings on the state elections website, started to wonder. Could it be? Then, just before the elections office closed for the day, Rivers filed for Zarelli’s Senate seat. Another Republican, Brandon Vick, filed for Rivers’ House seat. And just after 5 p.m., Zarelli pumped out his farewell press release. No chance for the Dems to line up a name candidate.

Rivers says she didn’t have a clue about anything until Wednesday of that week, when Zarelli called to ask why she hadn’t filed yet. No important reason, she said; she was just waiting until a moment Thursday when she might be able to do it together with her husband.

Zarelli told her to hold off. “He said, ‘I’m thinking I might not run again,’ and I said, literally, ‘No, you’ve got to run again.’ He said, ‘Well, I’ve had a great year; we got some great things done – I kind of want to go out on a high note. I’m at the point where I’m looking at my retirement and I’m thinking I’m going to need a little bit more, and I’m going to find that in the private sector.’ He said, ‘You learned in a year and a half what it took me 9 ½ years to learn, and I just believe you are the only one who can do this.’”

She couldn’t believe it. “It was something I’d considered, but I never thought it would happen that fast,” she said. Zarelli resigned shortly after filing week, Rivers was appointed to take his place, and in last week’s primary, she was top vote-getter, 64-36. 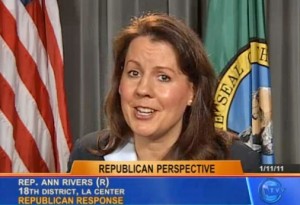 Rivers offers the Republican response to the state of the state address — just 24 hours after her own swearing-in ceremony.

Rivers was raised in St. Joseph, Michigan and attended Central Michigan University, where she majored in political science. “I swear I thought my mother was going to disown me,” she said. “She wanted me to do something where I would make some money.” There she met her husband Fred, and they wound up in Ketchikan, Alaska, where she worked at the local visitor and convention bureau. One day a friend came in and said his dad was running for state House – would she be willing to help? So she started licking envelopes and knocking on doors. People kept telling her that her guy, Bill Williams, didn’t have a chance. “People said no, you silly girl, he is a native, and I said, with your help, he will win. Well, we did win, by 13 votes in a 30,000 person district.”

Then came a stint in Juneau as an administrative assistant, a few job transfers for her husband, a couple of schoolteaching jobs – and in LaCenter, where they eventually settled, she wound up caring for her two sons. Rivers got bored, started working on Republican campaigns. Soon she found people were willing to pay for it, and they were even willing to bring her on board as a local-issue lobbyist between elections. Finally, in 2010, Rivers decided it was time to make the jump.

“You know, my mom always said the world is run by those who show up. She said you can either show up and contribute, or you can stay home and let other people contribute on your behalf, but you may not like their contributions. So I started thinking to myself, why not? I am contributing by sort of creating the government that I want, but not in terms of making the policy decisions, so when Jaime Herrera announced she was running for Congress [leaving her House seat vacant], I thought why not me?”

Down in Clark County you find one of the more active groups of conservative bloggers in the state, and with a seven-person primary they had plenty to chatter about. You can still find of those postings from the 2010 race online today, questioning whether Rivers was conservative enough or just a “RINO.” Rivers says her pro-business stances speak for themselves. It was kind of hard listening to the bashing, though. “My husband, he wanted to defend me, he wanted to say you’re mischaracterizing my wife. And I said honey, don’t sweat it, get over it; this is politics, let it go. And I just stayed positive because that is the best thing to do, and I think that is ultimately what carried me through. But it was bruising, it was brutal.”

Rivers finished with 27 percent of the vote for second place, then went on to win in the general 60-40.

During her first two sessions, Rivers has emerged as an enthusiastic advocate for business community issues. She figures that’s what caught Minority Leader Richard DeBolt’s eye when she reported for work last year. She was talking to him before session started, “and I think I was a little fired up. I said we have got to move our ball forward; I said we are killing the golden goose and we don’t have to tax the people of the state more, we have lots of money. We had a thriving business climate; we have got to restore that. And I said, look what we did here, here and here. And he was looking at me like I was from Mars. But a few days later, I was in a meeting during our freshman orientation, and he sent me a note and he called me in, and he said, ‘I want you to do the response to the governor’s state of the state.’ ”

That 11-minute speech covered all the Republican talking points, about the “clear failure” of “one-party Democratic control,” job-killing regulations, getting out of the way of business, adequate funding for education and so forth, but a year and a half later the one thing that is remembered is the fact that Rivers delivered it. She still talks about the same issues. You just get the idea there’s a bit more confidence behind it after two sessions, and she’s in her element. She still uses those football metaphors, too.

Rivers says she’s looking forward to getting to work in the Senate on what she sees as too-onerous regulation by the Department of Ecology and the Department of Labor and Industries. Barring the unexpected this November, she’ll be joining the new blood in the Senate Republican ranks that include Sens. Steve Litzow, Joe Fain, and Andy Hill, and possibly Reps. Bruce Dammeier, R-Puyallup and Barbara Bailey, R-Oak Harbor, who are looking to move up this year. Rivers said she was out for dinner not long ago with Senate Minority Leader Mike Hewitt, R-Walla Walla, talking about all the things she wanted to get done, and Hewitt’s wife Cory leaned over and said, “’Dear, I think you’re going to see a big change in the energy in the caucus.’ And I think that’s true. I think you’re going to see some exciting fun things.”