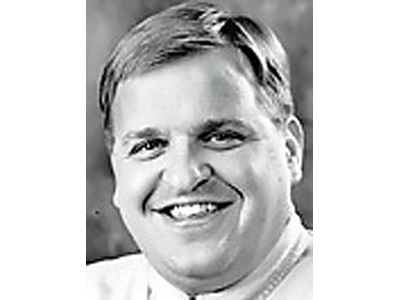 Tom McCabe to Take Over Reins at Freedom Foundation 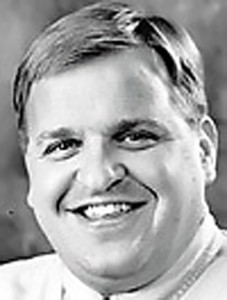 Tom McCabe, former executive vice president of the Building Industry Association of Washington, takes over Monday as CEO of the Freedom Foundation.

OLYMPIA, Nov. 26.—Tom McCabe, the former Building Industry Association of Washington director who became a leading figure on the right side of state politics, is returning to the capital scene in a new but not altogether different role – as CEO at the Freedom Foundation.

McCabe says he’ll be fighting the same fight when he assumes the directorship of the small-but-scrappy think tank next week. This time it won’t involve millions of dollars of campaign spending. What it will involve — he isn’t saying. “I have some ideas, and I have some concepts, and I talked to the board about them,” McCabe says. “But at this point I don’t think I want to tell the left what I’m going to do.”

At the very least, McCabe’s appointment is likely to reinvigorate the organization, formerly known as the Evergreen Freedom Foundation. And maybe one point doesn’t require a lot of guessing. The think tank has become known for litigation of a conservative and libertarian thrust, and political litigation certainly is an interest for McCabe. After he turned the state’s homebuilders into a political powerhouse during a 21-year reign at BIAW, McCabe found himself distracted by a long-running lawsuit filed by liberal Seattle attorney Knoll Lowney. The suit forced BIAW to spend millions of dollars on legal fees and diverted resources during campaign seasons. At the time, McCabe lamented that no one on the right seemed to be playing the same aggressive game as Lowney on the left.

McCabe, 56, became executive vice president of the Building Industry Association in 1990 and watched membership swell from 2,000 to 10,000. Biggest reason was its “retro” program, which channeled worker-compensation premiums back to members on the strength of good accident-prevention history for the group as a whole. Under McCabe’s watch the organization returned $360 million to its members. Meanwhile, BIAW’s income from the program was funneled into one of the most aggressive political programs mounted by any of the state’s interest groups.

By spending millions of dollars every election cycle the organization became a force on the Republican side — every bit as powerful as the labor and trial-lawyer organizations that bankroll Democratic campaigns. Among its liberal opponents, mere mention of BIAW or McCabe could trigger the same shudder of horror as the name of anti-tax initiative promoter Tim Eyman.

BIAW spent big in efforts to elect legislators and Supreme Court justices, and 2008 was a high-water mark as it funneled a whopping $7 million into an independent campaign for Republican gubernatorial candidate Dino Rossi. BIAW also financed an unsuccessful initiative in 2010 that would have allowed private companies to offer worker’s compensation insurance in competition with the state.

But McCabe was ousted after the 2010 election, when the organization elected new leaders at a general membership convention. The new leadership slate had the support of the Master Builders of King and Snohomish Counties, a local affiliate that had long feuded with the statewide organization. McCabe’s departure was announced shortly after the vote. Since that time declining revenues from BIAW’s retro program have reduced its role in financing political campaigns.

Will Take on ‘Old Man Potter’

McCabe spent those out-years as a political consultant, including work on the 2012 campaign for unsuccessful Republican candidate John Koster in the 1st Congressional District. He says his new position as director of the Freedom Foundation will allow him to play a more significant role in shaping the political future of the state. “It is a different type of organization, of course, but I hope to carry on that same type of passion and fight for liberty, and give the people of this state an opportunity to have an organization that stands up for the little guy.

“I compare the Freedom Foundation to the Bailey Building and Loan in the movie, ‘It’s a Wonderful Life,’ where Jimmy Stewart runs a little company. Old Man Potter has always been a metaphor, at least for me. Old Man Potter is government. And Jimmy Stewart says there is one big reason for his company to remain open, and that is so that people don’t have to come crawling to Potter.

“That is how I feel about the Freedom Foundation. There is a reason for it to exist in our state – so that people don’t have to come crawling to government.”

The Freedom Foundation was born at roughly the same time McCabe took over at BIAW. McCabe says he remembers attending basement strategy sessions at the home of Lynn Harsh, who founded the organization with former state Rep. Bob Williams in 1991. Today neither Harsh nor Williams continue in management roles, though Williams serves as an advisor. The Freedom Foundation’s last executive director, Johnathan Bechtle, left in September to become chief operating officer at the Foundation for Government Accountability in Naples, Florida.

Though the Freedom Foundation maintains an extensive web operation and a staff engaged in producing research reports, it is best known for pressing high-profile litigation regarding public records and labor unions. Last month, for instance, the foundation suffered a loss before the state Supreme Court in a much-watched open-records case. The foundation had challenged the Gregoire administration’s frequent invocation of “executive privilege” in withholding documents from public records requests.

The foundation’s most notable victory came in its long-running litigation against the Washington Education Association, settled finally after 14 years in 2010. Former Attorney General Rob McKenna took the case to the U.S. Supreme Court and won a ruling establishing that unions cannot require their members to contribute to their political programs, and that states can pass laws requiring unions to ask them first. Along the way WEA was required to pay $1.7 million in fines and refunds. It is a case many have compared to Lowney’s aggressive pursuit of BIAW.

“The Freedom Foundation has a rich tradition, a rich history,” McCabe says. “They did significant work on unions and on making sure that people who belong to unions know how the unions are spending their dues money. I want to continue that work and continue that mission.