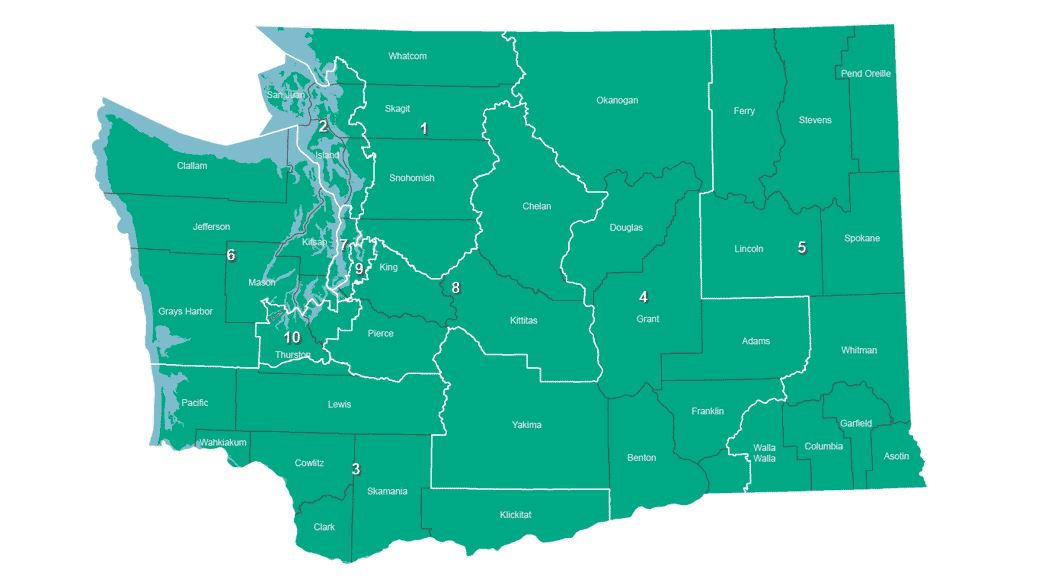 The Republicans’ best chance at winning the governor’s mansion

The last time a Republican held the “supreme executive power,” vested in the Governor in the Washington State Constitution, was John Spellman’s term from 1980-1984.

So, with the 2020 general election right around the corner, eyes are starting to turn to the governor’s race and the likely field.

Will Jay Inslee run for a third term? (I’d bet yes.) Will there be a primary on the Republican side (I’d guess there won’t be a real one) or Democratic side (very possibly, regardless of what Inslee does)?

In fact, who will the Republicans even put forward this next year to run for governor? That’s not clear.

The party has a thin bench. There are some standout party members who would probably make very good state chief executives. Bruce Dammeier, Steve O’Ban, and JT Wilcox are all very strong policy makers, and would likely be very strong statewide candidates.

But, Washington has gotten “bluer” and more Democratic in recent years, not less.

In other words, a Republican could still win the governor’s mansion in 2004 (and did – twice!), given the balance in the electorate that year.

That year, a tabulation of all statewide votes for candidates for Congress showed that Democrats won 59.15% of the total Congressional vote count.

I use the Congressional vote total because it’s statewide, has multiple candidates which dilutes the connection to specific candidates compared to statewide races, and is probably more competitive in the aggregate than the legislative races.

It also gives a good “apples to apples” comparison across years and maps.

When we compare the 2004 election to the most recent 2018 election, Democrats edge up in their performance to 59.94%. They added 196,686 total votes statewide in the intervening years.

So, it’s gotten harder to dislodge Democrats from the governor’s mansion in the state that has the longest track record of any in keeping them in office.

But the Congressional numbers also tell a slightly different story.

When we compare the Democratic vote performance in mid-terms of the first term of a presidential administration, there is a significant swing.

Democrats only won 52.29% of the total Congressional vote in that 2010 cycle.

So, all Republicans need to do to get the best chance to win the Governor’s mansion, and break the streak of the longest displacement from any state’s executive branch, is to get the governor’s race to occur in the mid-term of the first term of a Democratic presidency.

Outside of a Democratic legislature making a change to the election year, here’s how this calendaring could very possibly happen.

Let’s imagine Jay Inslee doesn’t catch fire in his campaign for presidency, which appears to be the case. And, let’s say he runs for a third term for governor, which also appears to be likely.

And, let’s say he continues to push to address climate change, which is definite.

If a Democrat wins the White House in 2020, it would appear that Inslee would be on a short list of candidates to be a new “Climate Change Csar” or Secretary of the Interior.

In other words, after having likely just won his third term as governor in November, 2020, Inslee could get a cabinet-level appointment to work on climate change, an issue that motivates him above all others.

In that case, he would vacate his seat as governor in 2021. The Lieutenant Governor, likely still-current LG Cyrus Habib, would immediately become governor.

An election would then be held in 2022 for the remainder of the gubernatorial term through 2024.

With a Democrat in the White House, Inslee in Washington DC, and gubernatorial election on the calendar in 2022, Republicans might erase 7.65% worth of Democratic performance. The party could possibly break the string of losses going back to 1984, and probably would give them their best chance at winning the governor’s mansion in recent years.