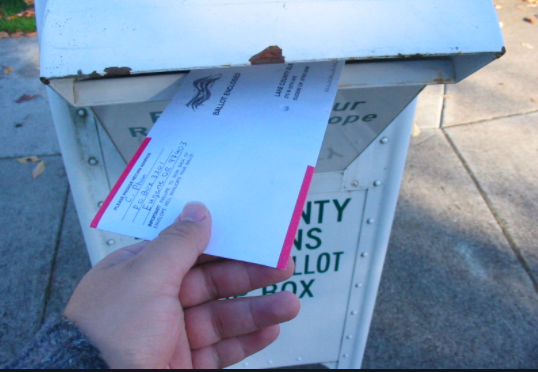 Tarleton calls on Wyman to condemn attacks on vote-by-mail

Rep. Gael Tarleton, Democratic candidate for Secretary of State, yesterday called on Washington’s Republican Secretary of State Kim Wyman to condemn President Trump and the Republican Party for engaging in “efforts to disenfranchise voters in Wisconsin and across the country.”

When asked on ABC News Tuesday whether every state should move to mail-in voting, Wyman said:

I think they’re going to have to build in the capacity to deal with high absentee ballot returns. I think that states that have very low numbers – some states have 3-5 percent of their ballots returned by mail in a normal election before COVID-19 struck – they’re going to have the heaviest lift and it’s probably going to have to be a combination of some sort of vote-center model and absentee voting. But absolutely, when 16 percent of our population are over 60 years old we already have a need for those voters to not have to go into a polling place to vote.”

Washington is one of five states with vote-by-mail elections. In a Tweet last night, President Trump claimed mail-in voting is “RIPE for FRAUD” and shouldn’t be permitted. Studies have shown that fraud by individual voters is almost nonexistent in the United States.

Wyman also told ABC News that there is no evidence of higher fraud in Washington State as a result of the vote-by-mail system.

In Washington State we do not have higher fraud because we vote-by-mail. In fact, we had more problems in our 2004 governor’s race at the polls, the last time we voted at the polls as a state, than with vote-by-mail.”

After a legal battle that sparked national controversy, Wisconsin held its election amid the COVID-19 pandemic Tuesday for the Democratic presidential nomination, the state Supreme Court and several local offices.

Despite the efforts of the state’s Democratic governor, Wisconsin’s majority Republican Supreme Court rejected an executive order that would have postponed the election due to public health concerns.

In a subsequent blow to Wisconsin Democrats, the U.S. Supreme Court issued a 5-4 ruling along ideological lines that reversed a lower court ruling which extended Wisconsin’s absentee voting deadlines.

People have bled, fought, and died for the right to vote in this country. But tomorrow in Wisconsin, thousands will wake up and have to choose between exercising their right to vote and staying healthy and safe,” said Governor Tony Evers in a statement on Monday night.

A record 1.3 million Wisconsin voters requested absentee ballots, according to the latest figures released by the Wisconsin Elections Commission. As of Monday, 43% of the voters who made requests hadn’t yet returned their ballots.

Local elections officials reported a backlog in sending out ballots and as a result, some voters had not received absentee ballots that they requested weeks in advance.

In her statement yesterday, Rep. Tarleton also said Wyman has failed as Secretary of State to champion vote by mail nationally or condemn Republican Party initiatives to “disenfranchise voters and attacks on vote by mail.”

Discussing her thoughts on the vote-by-mail system in Washington State, Wyman told ABC News that she has embraced the new voting method.

It’s just new traditions now. Families sit around the table and have discussions they didn’t have before and you just change what the traditions look like over that 18 day voting window.”