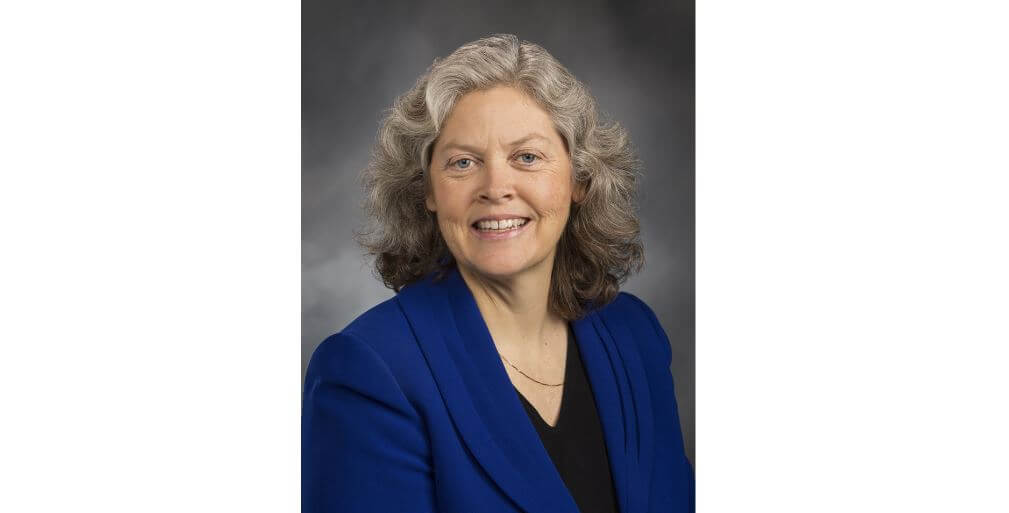 Washington House Democrats elected Rep. Laurie Jinkins as the new House Speaker on Wednesday at a meeting in SeaTac. Jinkins, who represents the 27th LD in Tacoma, takes over the position from Frank Chopp who has held the position for 20 years.

The caucus chose Jinkins from a group that included Reps. June Robinson, Monica Stonier, and Gael Tarleton. In a press conference after the vote, Rep. Eric Pettigrew stated that the 57 members of the caucus went through a “couple of ballots” before a winner was chosen with 29 votes.

“I thank my colleagues for their confidence. This will be the most challenging job I’ll ever have but I am humbled and buoyed by the support of members of this caucus,” said Jinkins in a prepared statement following the election. “For 20 years, we’ve worked together to improve quality of life on behalf of the people of Washington and House Democrats are committed to continuing that work for communities and families all across the state.”

With this vote, Jinkins becomes the first woman and first open lesbian to serve as Speaker of the House in Washington. Following her selection, Jinkins talked about the diversity of the House Democratic caucus.

“This caucus is the most diverse caucus in the legislature and is more diverse than we’ve ever been. And I’m really proud to be the first woman, the first out lesbian serving in this position. I believe very strongly that the diversity of our caucus, really more and more is representing the diversity of our state, and it helps us make better decisions for the people of this state. And so I’m proud to be a part of carrying that forward.”

Jinkins began her first term in the House of Representatives in 2011, and has since been a leader on numerous issues including public health, long-term care, and behavioral health.

“One of the many things I respect and admire about Laurie is her commitment to people in need,” said Chopp in a press release. “Her efforts to push for a first-in-the-nation Long-Term Care Trust Act, which ensures our aging population are cared for in their later years in life, will help keep more families out of poverty. She’ll bring that same passion to the speaker’s office while dealing with the variety of challenges and opportunities facing our state.”

State leaders reached out to offer their congratulations following the announcement of the new Speaker, including Gov. Jay Inslee who said,

“Congratulations to Speaker-elect Jinkins on her well-deserved and historic election to serve as the new House speaker. I’ve appreciated Laurie’s ongoing partnership in behavioral health and health care, her passionate work on behalf of hard-working families and children, and her commitment to advancing civil rights for all Washingtonians.

“Laurie will be instrumental in shaping the next chapters of Washington’s history. I look forward to working with her as we continue to grow our economy and help every Washingtonian be part of our success.”

“As an accomplished legislator and the first woman to hold the position, she will bring a vital perspective to leadership in the Washington State Legislature. I’ve enjoyed a productive working relationship with Laurie since we joined the House together in 2011. She has a long record of fighting for legislation that puts our state on the path of prosperity by creating opportunity for everybody.

“I look forward to continuing to work with the House leadership team to put people first and make Washington the best place to live, work and raise a family.”

From the other side of the aisle, House Republican Leader J.T. Wilcox also offered his congratulations.

“On behalf of the House Republican Caucus, I offer my sincere congratulations to Representative Jinkins on her election as Speaker-designate of the House. This is a historic moment for our state.

“Leading a caucus is difficult and demanding; leading a chamber is even harder. However, I have every confidence Representative Jinkins will do an excellent job as Speaker. She and I came into the Legislature together in 2011, and we’ve been friends ever since. And while the Speaker must always have a statewide perspective, I’m pleased a representative of Pierce County is taking the gavel. It’s where I grew up and still live to this day. It’s a special place now further distinguished by being home to the first female Speaker.

“While we will have vigorous policy debates, I look forward to working closely with Representative Jinkins to find ways to be more transparent in our process and more open in debate. Through our words and actions, it is my hope we can give people across the state a sense of belonging to one Washington.”

Rep. John Lovick will continue to serve as acting Speaker until Jinkins is formally voted on as Speaker at the start of the next legislative session in January. Chopp has stated that he intends to remain a Representative for the 43rd LD.