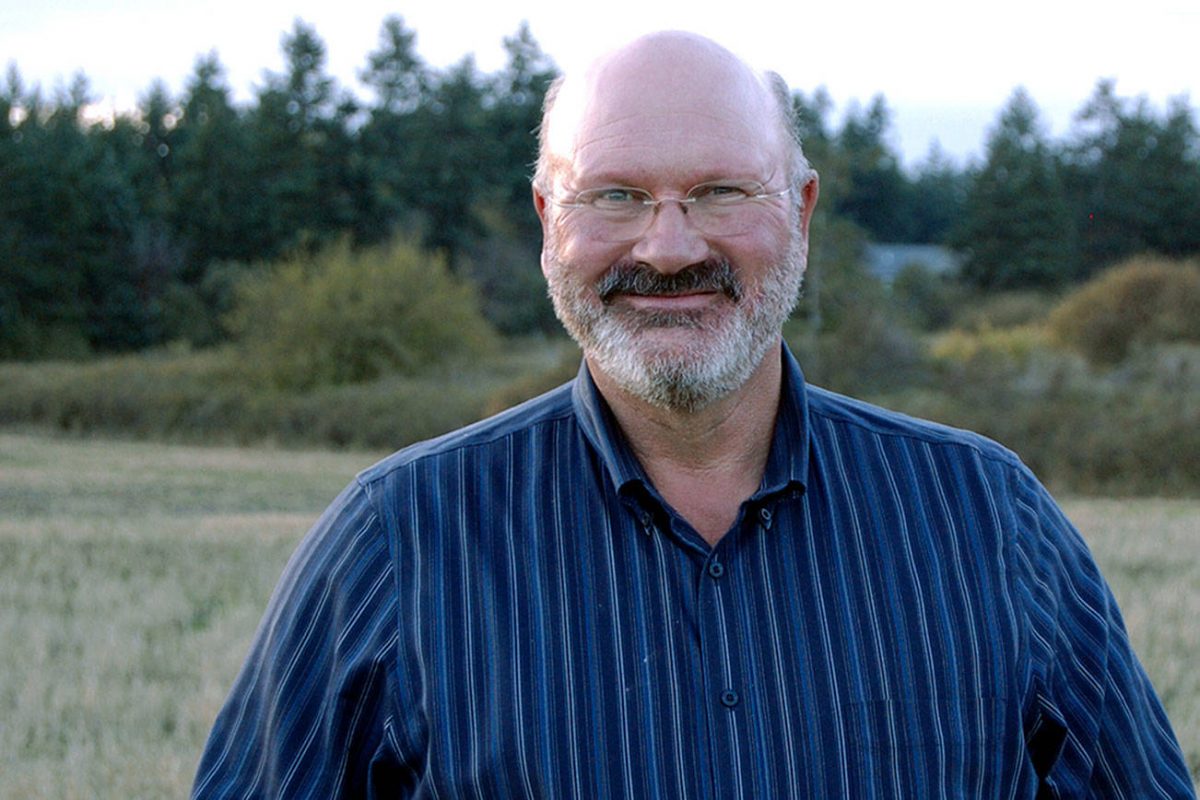 Q&A: Sen. Ron Muzzall talks about his background as a farmer, taxation, and the mental health crisis in Washington State

A Whidbey Island farm owner and a former fire commissioner, I called Senator Muzzall twelve days after his appointment to ask about his background, his outlook on public policy, and what he hopes to focus on in the upcoming legislative session.

Michael Goldberg: You’ve said that your first priority on the job will be to network and learn. Can you talk about what that learning process might look like, both in terms of getting to know your constituents and getting to know the legislative process from the inside?

Sen. Ron Muzzall: Starting off with constituents, our family has been here for almost 110 years. I’ve served on boards for agricultural cooperatives and the fire department as fire commissioner, so I already know a lot of the constituency but there are parts and pieces that I need to get more acquainted with and we’re already working on that.

As far as the legislative process, certainly I’ve had experience, probably more on a national and county level than on the state level. I understand the process but I need to figure out the working pieces and personalities that are involved in that.

MG: Being a farmer and having a stake in the agriculture industry, how does that inform your outlook on public policy and local government?

RM: It really makes no difference what party you choose to put behind your name, farmers are inherently conservative, pragmatic, and practical. It’s the only way we can exist in an agriculture industry that is seemingly doomed with single digit margins. You’re always limited by time, capital, seasons, and you’re always inherently working in a timeline that has a sunset clause in it, whether it’s for the day or for the season. So we’ve had all these limitations, and it seems as though in many cases our government has not lived up to those same things. Going forward, and that’s been the basis of my work life, living underneath those rules we have to exist in,  I’d like to take that into my service in state government. I think that’s a responsibility we owe the voter — to be conservative in our spending, to be pragmatic in our decision making, and to be practical in our approach.

MG: I want to shift to health care because something that we hear a lot about from people in Island County is the challenge people living in rural areas have accessing the kind of health care services they need. What do you think can be done from Olympia to provide more health care options for people in rural areas?

RM: From the state government side of things, the first thing we need to do is to start to address the problem honestly. I met with two constituents yesterday who each had family members whom were in the midst of a mental crisis and the family members were so frustrated because they couldn’t do anything. They couldn’t get them the help they needed because those family members didn’t have a problem in their minds, their view of things was skewed because they’re having a mental health crisis. It goes back to the old movie Catch-22. These families are in a Catch-22 situation and they’re frustrated because they love this family member but they can’t get them help. On a state level, we’ve got to recognize that we’ve got a tsunami of a mental health crisis in this state, all the way from small to huge on an individual basis. We need to begin to think about on a state level, with funding and facilities, how we’re going to address this.

Our state mental health hospital is in shambles. No matter how much money we seem to throw at it we can’t seem to get it up and going. We need to start at the county level and work our way to the top to re-prioritize what we’re doing to address this situation.

MG: How do we address large scale problems like that while still being pragmatic in our spending like you mentioned? How do we square both of those priorities?

RM: Well…the further we get away from home the less effective government is. My initial thought process on that, and remember, I’m 12 days into being a senator however I’m 56 years into being a citizen. I think we start off with a comprehensive approach, and that is getting all the players involved, from the local level, and I mean really local. From the cities to the counties to the region to the state, getting all the stakeholders involved in a clear and comprehensive process. And I think that means we funnel some of the funds from the state down to a county level. If we can accomplish things locally, that’s where the responsibility needs to be. But if we can’t then it needs to move up to the next level.

I don’t want to get into a whole definition, but there is a difference between sympathy and empathy. I’m an empathetic person. I put myself into the situation that those people are in, and my conscience won’t let me walk away from that. If I put myself in the situation those people are in, they’re living in their own personal Hades and we can’t allow that to continue on without giving them the help they deserve.

MG: What are some of your top legislative priorities this session?

RM: 1. Offering a civil and compassionate voice to the conversation, I’m very committed to that. I worked on boards and committees for 30 years. I think to a certain degree, politics have spiraled into a name-calling vitriol that I don’t personally approve of. I don’t care what your opinion is, we can’t discuss it and find commonalities. I think that is the start to coming to a solution.

2. I think this mental health crisis we’re in, we need to honestly talk about it and have a conversation about it. I think that is one of the top priorities for me.

3. The overwhelming tax burden that we seem to be sending to our constituents. We hide it. And I’m speaking as we because I’m now part of the government. I can be humorous and say I’ve stopped being part of the solution and now I’m part of the problem [laughter]. We had taxes coming out of this last legislative session that were cloaked. They were passed with the idea that the constituency wouldn’t mind it because we’re taxing this group because we can marginalize them, and we can marginalize this group and that group. That’s not okay for me. If we pass taxes, we have to pass them honestly and openly and for a very good cause. I believe we are overburdened in this state with taxes but under consequenced in the spending of them. We have to have more responsibility on those taxpayer dollars that we spend.