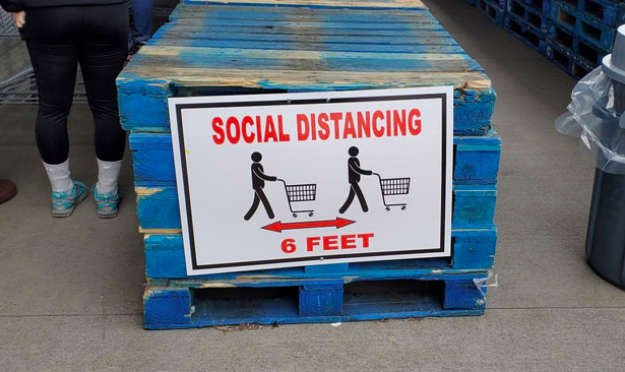 Poll: A majority of Washingtonians prioritize public health over the economy

We’ve been seeing a lot of news coverage of protests against restrictions, but the reality is that the people angry at the government are in the minority,” said Mark Baumgarten, Crosscut Managing Editor. “Most Washingtonians think the state is on the right track.”

The live statewide poll of 405 registered Washington voters was conducted April 18-20 by phone and online, with 38% of respondents participating by landline, 31% by cell phone and 31% online after being invited via text.

Moving on to the economy, 61% of total respondents were more concerned about lifting restrictions too early compared to 31% who said that the greater threat would be restrictions lasting too long.

While results from the poll showed a consensus on some issues, partisan divides were still present on some core issues.  On the question posed above – what would be a bigger threat to Washingtonians – 82% of Democrats said lifting the restrictions too soon was the greater risk, while 64% of Republicans said keeping the restrictions going too long was more of a problem.

There was also a chasm in respondents’ opinion of local government and Congress.