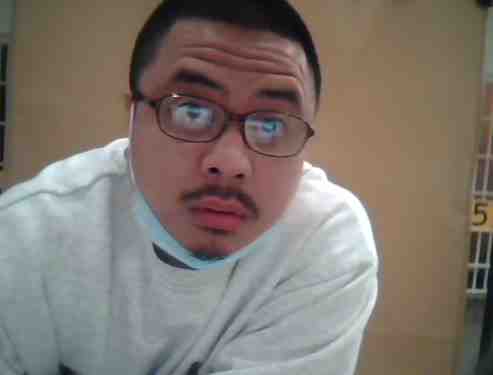 This July, the Washington State Department of Corrections began reducing capacity in prisons across the state as it faced increased pressure from the legislature and governor to reduce spending by $80 million.

Consolidation is already happening inside my current prison, Monroe Correctional Complex, with myself and others preparing to move to other facilities. In the midst of this hectic and stressful reshuffle, there’s something the state of Washington still won’t do to address the costly toll of mass incarceration: pass actual bills to meaningfully reduce our prison population.

This spring there were a host of criminal justice bills working their way through state legislature. But by the end of the legislative session on April 25, they had stalled. We missed the opportunity to change the prison system from simply warehousing people to incentivizing rehabilitation — and now we are feeling the toll during this latest effort to reduce capacity.

The major problem dates back to 1984, when Washington revoked its parole system. Instead of focusing on rehabilitation, we have been more focused on punitive measures that have proven ineffective, cultivating and nurturing the very behavior that led to incarceration in the first place.

Addressing this issue will take more effort than the department’s latest plan to reduce capacity, and more transformation change could save the state far beyond $80 million. One of the most promising reforms would be the adoption of Substitute House Bill 1282, which would allow prisoners to earn significant time for good behavior. This would both help to decrease our prison population and incentivize prisoners’ positive change.

Substitute House Bill 1282 would allow for all prisoners to earn up to 33% time off their sentences regardless of their crimes and mandatory minimum sentences. This would not only begin to unravel the negative effects of an unjust “tough on crime” agenda, it would encourage prisoners to begin taking necessary steps towards rehabilitation, redemption, and real accountability.

I know the repercussions of our current system all too well. As a prisoner currently serving 65 years for murder, accountability hasn’t always been easy for me. When I was first convicted and began serving my sentence, I was extremely bitter and blamed everyone else for my circumstances. I was mad at the prosecutors. I was mad at the judge. I was mad at the world for allowing me to rot in a prison cell. But through the mentorship I found in prison, I decided to sign up for educational and cultural awareness programs.

It was through this process that I learned that accountability isn’t just about admitting your faults and taking responsibility for your actions. It’s about making amends with those you’ve hurt and ensuring that you don’t make these bad decisions again. Accountability continues to be an uphill battle, but it’s not just one action — it’s the way you live your life.

Substitute House Bill 1282 would have provided tangible incentives for good behavior in prison that would allow prisoners to become contributing members of society upon their release. Along with my fellow community advocates for criminal justice reform, we were disheartened that after so much momentum, we’re stuck standing still as far as reform — and scrambling in response to this latest, watered-down effort to address the issue.

What do we have to do to affect real change?

The state has ramped up the pressure to save money through the Department of Corrections, now let’s pass criminal justice bills that will bring back hope and purpose to a place that has historically been fueled by isolation, division, and violence.

Instead of punting bills from one legislative session to another, and shuffling prisoners across the state, Washington needs to seize its opportunity to redefine how the justice system can serve all its citizens.

Felix Sitthivong is an organizer and advisor for the Asian Pacific Islander Cultural Awareness Group (APICAG). Through APICAG, Sitthivong has organized immigration, social justice and youth outreach forums and has designed Asian American studies courses, an intersectional feminism 101 class and an anti-domestic violence program. Sitthivong currently works as a GED tutor through Edmonds Community College. He is serving a 65-year sentence at Washington State Reformatory Unit.