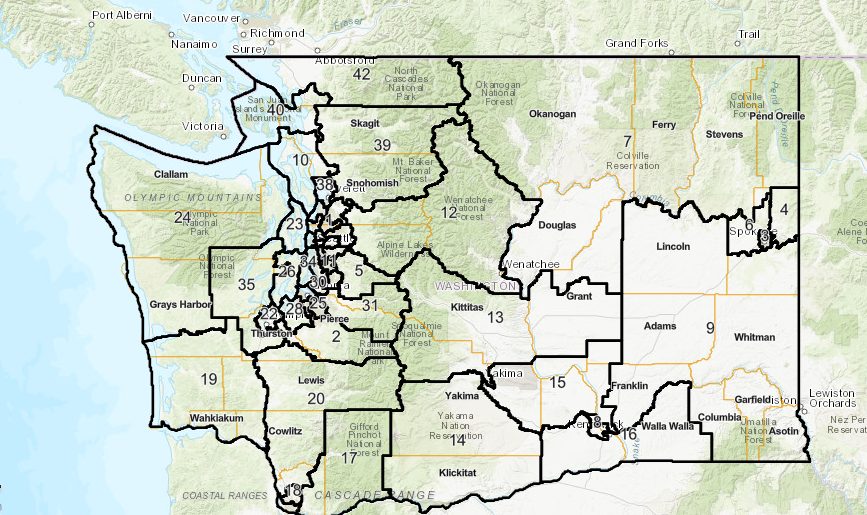 With Thanksgiving this week, we’d like to take a moment to thank each of you for your support, your readership, and your feedback. We wouldn’t be able to do what we do if it wasn’t for you, and look forward to seeing both new and familiar faces on Dec. 15 at our 2021 Re-Wire Policy Conference.

In this edition, you’ll find information on redistricting, a Q&A with Rep. JT Wilcox, news about Sen. Steve Hobbs’s appointment to Secretary of State, a roundup of legislative committees, and more. Stay tuned for more coverage as we gear up for the 2022 legislative session.

1. Redistricting heads to the Supreme Court 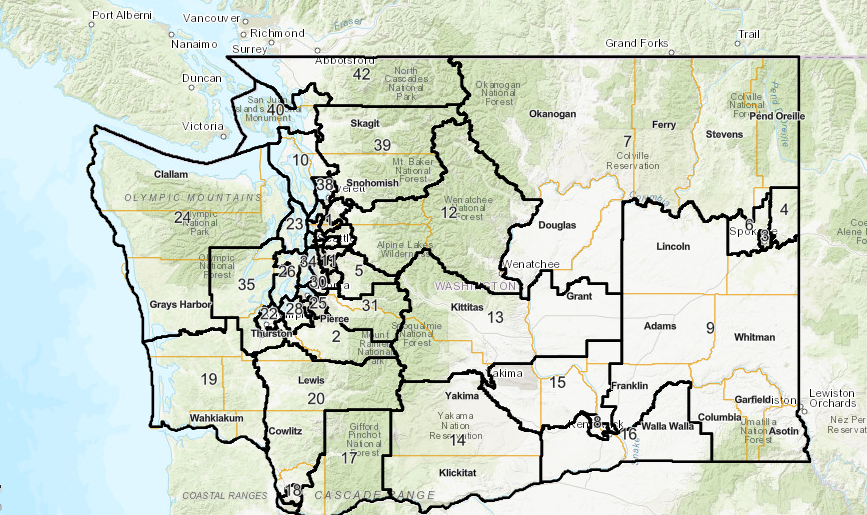 Following the confusing final moments of its last meeting on Nov. 15, the state’s Redistricting Commission was unable to provide final maps to the legislature by the midnight deadline. It’s the first time that’s happened in more than three decades since Washington moved to its current commission model. Now, the state Supreme Court will have to approve legislative and Congressional maps by April 30.

A letter from the Redistricting Commission’s Chair Sarah Augustine sheds more light on what happened during the meeting, including that the commissioners did vote to approve the framework for maps, and that there were disputes over the 28th, 44th, and 47th LDs. The court hasn’t indicated what it will do next, but has set up a redistricting website. The court could decided to approve those maps from the commission, start the whole process over, or take any range of actions in between.

Rep. JT Wilcox (R-Yelm) serves as House Republican Leader and is a member of the Rules Committee. This week, we spoke with Wilcox about his priorities in the upcoming session. They include reworking policing bills that passed last session, fully repealing the Long Term Care Trust Act, supporting a transportation package from Rep. Andrew Barkis, and an environmental proposal from Rep. Mary Dye.

He’s also optimistic about Republicans’ chances looking ahead to the 2022 general election. “I think the history of off year elections provide an awful lot of support for the idea it’s gonna be a very, very Republican year.” When asked whether Republicans could take either the House or Senate, he said: “I think both.”

3. Hobbs appointed to Secretary of State

Sen. Steve Hobbs (D-Lake Stevens) was appointed by Gov. Jay Inslee to serve as Washington’s Secretary of State, and sworn in yesterday. Hobbs will serve as Secretary of State until next November’s general election. During his time in the legislature, Hobbs was instrumental in negotiating transportation legislation, and occasionally butted heads on policy with Inslee.

There’s an argument to be made that this is realpolitik: Inslee moves a centrist Democrat out of the legislature, freeing up the Senate Transportation Committee’s chair position for someone more friendly to his positions. Regardless, the 2022 elections are sure to be challenging for whoever Inslee appointed, and we wish Hobbs the best in his new role.

With more than 40 committee meetings last week, Washington’s legislature is gearing up for the 2022 session, and there was no shortage of interesting items being discussed. In our two-part series on select committee meetings, we heard updates on the ferry system, wildfires, credit scoring, emissions, and evictions, among other topics.

Several lawmakershave said that this session, a short one, will mainly focus on adjusting legislation that has passed in recent years. However, expect to see more discussions on issues like statewide zoning, boosting the behavioral health care workforce, and a potential transportation package.

5. Biden’s popularity vs his plans 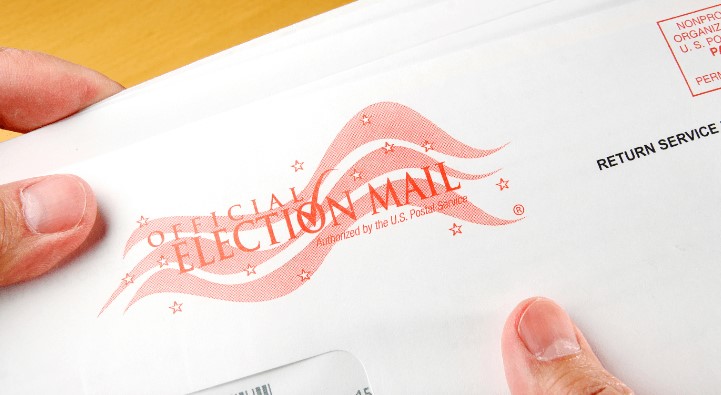 There’s an interesting divergence between Biden’s popularity and the popularity of his plans, whereby voters favor policies like the infrastructure bill while also registering their discontent with the president. A recent poll from the Northwest Progressive Institute found that 71% of likely 2022 Washington State voters supported that bill. It’s unclear how greatly that will impact next year’s elections.

Democrats have reason to be concerned though. A recent ABC/WaPo poll found that Republican Congressional candidates hold their largest lead in midterm election vote preferences in at least 40 years. Nationwide, Republicans are enjoying a 10-point advantage with anxiety over inflation and the economy topping the list of concerns. Even Seattle elected a Republican, to the city attorney position, this November for the first time in decades.