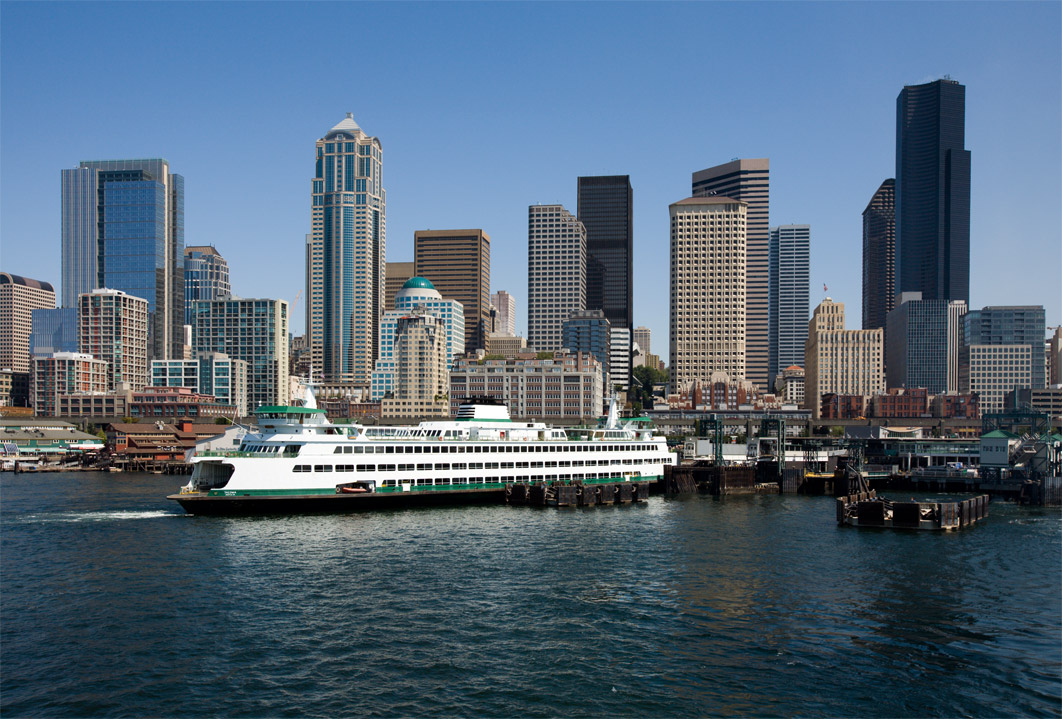 Frustration is mounting over cancelled sailings and service disruptions to Washington State Ferries, and there are calls among lawmakers to make funding ferries a priority in the next legislative session’s transportation package.

On Oct. 7, the Washington State Department of Transportation was expecting to cancel 30 trips on routes between Anacortes and the San Juan Islands, and Seattle and Bainbridge Island. Dozens more delays or cancellations were announced today. These ferry trips are a lifeline for many island communities like Friday Harbor on San Juan Island, said Duncan Wilson, the town’s administrator, and every service disruption impacts residents.

“It hits on so many different levels because we have limited medical services here on the island. People have to get off to see doctors, dentists, chiropractors,” Wilson said. “…It’s debilitating on a lot of different levels.”

The frustrations are long-standing for Wilson, who said he’s been in conversations with representatives of the ferry system since April 2020 about fixing staffing problems, one of the major contributors to trip cancellations. Now, he said island residents are “at the end of our rope.”

“Now here we are 16 months later and it’s the same old problem,” Wilson said. “It’s extremely frustrating and the people here are becoming angry at the disruption that it’s causing.”

That frustration was expressed in a statement signed by the three 40th LD legislators: Sen. Liz Lovelett and Reps. Debra Lekanoff and Alex Ramel. They identified securing funding to address staff shortages and ferry replacements as their top priority in the upcoming transportation package which is anticipated to be presented to the legislature next year.

Still, Ramel said in an interview that replacing the aging fleet of ferries will be a long-term project.

“That work is going to take a decade, to be caught up with the backlog of older vessels that are approaching retirement age,” Ramel said.

To replace and support the ferry system, the transportation package should include between $2.2 to $2.7 billion spread out over the next 16 years, Ramel said. That includes vessel replacement with between eight to 10 new ferries, and maintenance and electrification of existing vessels and terminals.

Currently, the ferry system’s fleet needs 18 vessels to operate at current service levels in the San Juan Islands, but only has 15. Between 2000 and 2010, following the passage of Tim Eyman’s I-695, no new vessels were built for the ferry fleet, and Washington State Ferries lost roughly 25% of its dedicated operating budget and 75% of its capital budget, the legislators’ statement reads. Rep. Dave Paul said a fully-staffed fleet would require 23 boats.

Those funding shortfalls also frustrated Wilson, who called Eyman out by name during a phone interview with the Wire.

“I hope you’re happy now with the damage you’ve caused to us with the lack of funding,” Wilson said.

While funding is critical, a lack of staff is what largely drove the cancellations this week. In order to work on a ferry, employees must be highly qualified and staffing levels are regulated by the Coast Guard. For example, Ian Sterling, public information officer for Washington State Ferries, said all crew members must be certified firefighters. If a ferry is even one crew member short, and a replacement can’t be found for a given route, that route will be cancelled.

Sterling credited the current wave of trip delays and cancellations on a number of issues, including retirements, trouble recruiting crew members and vacancies, COVID-19 quarantine protocols, and leave related to the anticipated departure of staff in key positions needed to run the fleet.

Sterling said the problem is twofold. First, the ferry system has an aging workforce with many crew members nearing retirement. Since private maritime companies can afford to pay higher wages, it means that many of the ferry system’s employees take the job as they near retirement and want to stay closer to family.

This was a trend Washington’s ferry system knew about before the pandemic, and one which Sterling said they were planning for. But when the pandemic hit, class sizes for new crew members were reduced from up to 40 per classroom, down to around five. This created a bottleneck of new crew members across the maritime industries.

“This is something that’s industry-wide, it’s not just Washington ferries’ concern,” Sterling said. “We were well-prepared for it, and then the pandemic came and threw a big old wrench into everyone’s plans.”

The 2021 Seafarer Workforce Report found that by 2026, there needs to be an additional 89,510 merchant marine officers to crew ships. Earlier this year, there was already a shortfall of more than 26,000 merchant sailors.

Sterling said Washington State Ferries is working a number of different angles in its search for new crew members, including partnering with local and national maritime programs and schools.

Washington State Ferries are only funded to run on minimal crew levels, according to the 40th LD legislators’ statement. To help offset this, the statement said the legislators would advocate to end the practice of seasonal hiring, and instead push for more sustainable wages to help retain workers.

Paul said keeping workers on over the winter could help keep the ferry system’s workforce stable.

“I think the feedback I’m getting from ferry staff is this is what makes it hard to keep and retain people,” he said.

The Joint Transportation Committee commissioned a study on workforce development and training issues for Washington State Ferries, which is due to the legislature in 2023.

Then there’s the impacts from the pandemic beyond constraints on the number of new merchant marines entering the workforce. At one point during the pandemic, ferry ridership dropped off by close to 90%. That initial reduction in service led to a lack of work for crew members. Today, ridership has recovered to about 80% of what it was before the pandemic.

It’s unclear whether Gov. Jay Inslee’s vaccine mandate for state employees will have an impact on Washington State Ferries’ workforce, Sterling said. State employees have until Oct. 18 to provide proof that they received a COVID-19 vaccination, or risk being fired. One report from Oct. 8 stated that 250 ferry employees still hadn’t gotten vaccinated.

Rep. Andrew Barkis, who sits as a ranking Republican member of the House Transportation Committee, said he’s worried about the impacts that the mandate could have on the ferry system. He said the state should continue encouraging people to get vaccinated, but allow ferry employees to keep working under different protocols if they choose, like daily testing and masking.

“The vaccine is super important,” Barkis said. “COVID, it’s super important that we’re dealing with this, but this is just one example of a myriad of state agencies that are going to be severely impacted if in fact the Governor goes through with his threat to fire these employees.”

However, Lovelett said there’s been an increase in quarantine days needed by employees. If a crew member is exposed to COVID-19 and is unvaccinated, they are required to quarantine at home, but if they are vaccinated, they are not required to do so. It was unclear whether this was the precise reason why so many routes were cancelled or delayed, but Lovelett said it’s a continuation of the trajectory the ferry system has been experiencing.

“This is why we formed this ferry legislator caucus, it’s to try and give more collective voice to the transportation committees,” Lovelett said. “We’ve left [the ferry system] anemic for more than a decade.”

For Wilson, whose community is still struggling with reduced and interrupted service, his message to the legislature was simple.

“This just happens to be our highway, and the state legislature as a whole needs to step up and say ‘We need to fix this.’”