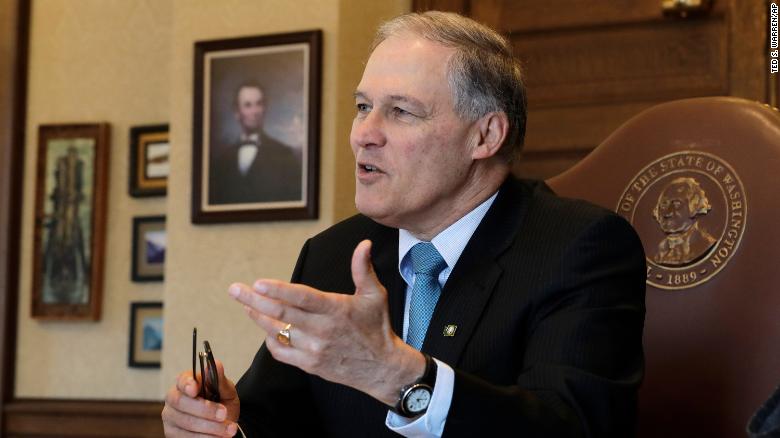 In a press conference on Wednesday, Governor Inslee revealed his supplemental budget proposal heading into the 2020 session. Headlining the budget proposal is $319 million in spending aimed at reducing homelessness.

Under Inslee’s proposal, funds would be diverted from the state’s $2.5 billion emergency budget reserve to homeless services and rental assistance. $150 million of the total investment would be spent in the coming fiscal year while the remaining $169 million would be spent over the course of the 2021-23 budget cycle.

Inslee’s office said the homelessness proposal would fund the opening of 2,100 shelter beds and provide rental assistance to about 2,900 people. Additionally, they said it would help place roughly 1,200 people in permanent supportive housing.

I appreciate Governor Inslee’s strong commitment to reducing homelessness in his supplemental budget proposal. It’s our job as legislators to write and pass the budget, but his ideas give us a strong starting point for the coming year in our ongoing efforts to reduce homelessness and improve housing affordability,” said Democratic Rep. Cindy Ryu, chair of the House Committee on Housing, Committee Development, and Veterans.

The budget proposal did not include any new tax increases. The state operates on a two-year $52.4 billion budget. In the 2020 session, lawmakers will make adjustments to the operating budget the legislature approved last April, rather than writing a new budget from scratch.

We agree that this year’s supplemental budget should be a simple update, and would not anticipate proposing any big surprises. We wrote a great budget last year and this supplemental should focus mostly on adjustments for caseload changes and unanticipated developments. We might move some pieces around differently from the governor’s plan, but I suspect the bottom line will be very similar. We’re all working off the same arithmetic,” said House Appropriations chair Rep. Timm Ormsby, a Democrat from Spokane.

Republican Sen. John Braun, the ranking member of the Senate Ways and Means Committee, questioned the priorities laid out by Governor Inslee in the budget.

There’s a real contrast between what the governor views as important and what Senate Republicans have been hearing from the public,” Braun said in a statement.

Look, you can’t take $4 billion out of your transportation budget and not have repercussions…I believe in Santa Claus, I do not believe in the Tooth Fairy. And there’s no Tooth Fairy here to sprinkle $4 billion here in Olympia to spend what we don’t have.”

Republicans say the issue could be resolved by shifting the car sales tax from the general fund to the transportation fund.

The Legislature would be wise to start cultivating an additional source of transportation revenue, and the sales tax on vehicles is a logical candidate,” said Sen. Braun.

Inslee responded to the proposal by noting the impact it could have on other public goods.

It sound[s] so wonderful [the proposal] ‘Oh, we’ll just move sales tax.’ Well, what you’re doing is taking teachers out of the classroom when you do that.”

The supplemental budget proposal also includes about $34 million in spending to boost salmon and orca recovery efforts throughout the state.

Crosscut reports that Inslee plans on releasing more information about his proposal to address climate change on Thursday.