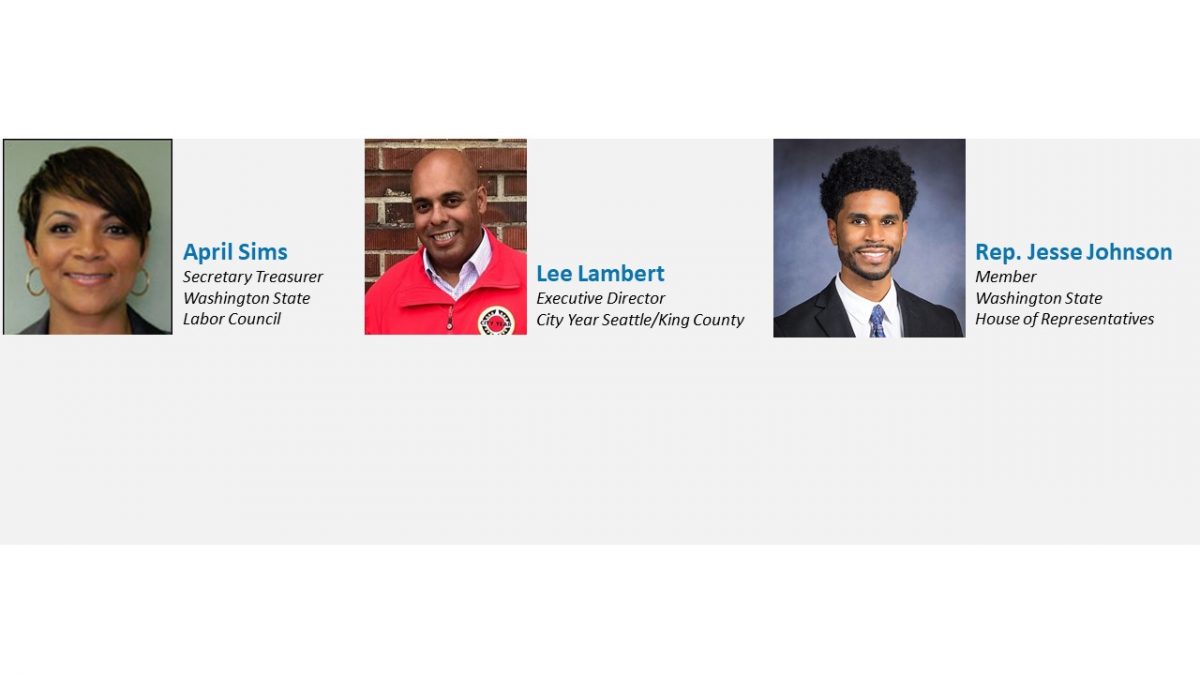 America finds itself in a unique period of protests, civil unrest and a renewed focus on police violence. This is occurring in the middle of a public health crisis and an economic contraction unlike anything in generations.

So, on Juneteenth, the holiday remembering the end of slavery, the Wire will host a virtual convening on racism, the protests, and how Washington State policymakers should think about a policy response. The conversation will center around the ongoing structural racism and systemic inequities of our society.

While we recognize that this is a national conversation, we hope to create a “safe table” for our panelists to discuss these issues at our state level, too.

April Sims was elected Secretary Treasurer of the Washington State Labor Council, AFL-CIO by its affiliated unions in December 2018 and she began her four-year term on Jan. 5, 2019. She is the first woman of color to be elected as a WSLC executive officer. April has served as the WSLC’s Political and Strategic Campaign Director since November 2017. She first joined the WSLC in September 2015 as Field Mobilization Director. Sims has served as the Legislative and Political Action Field Coordinator for the Washington Federation of State Employees, AFSCME Council 28 (WFSE). 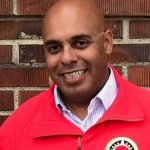 Lee Lambert serves as the executive director for City Year Seattle/King County.  He has held positions at Washington STEM as the director of the statewide STEM network and at the College Success Foundation as the founding director of the Washington College Access Network. Lee has worked for Congressman Adam Smith and Senator Maria Cantwell in their Washington State Offices. A first-generation college graduate, Lee earned a bachelor’s degree in political science from Washington State University and an MPA from Seattle University. 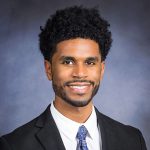 Jesse Johnson is a lifelong Federal Way resident and a graduate from the University of Washington with a Bachelor of Arts in Political Science and a Masters of Education. Johnson was the youngest City Council member when he first took office at the age of 27. Johnson’s values are rooted in equity, inclusion and social justice. His focus comes from his close partnership with community in the South King County region, where he also works in Workforce Planning and Development for the Highline School District.

If you have trouble registering, please send us an email at info@washingtonstatewire.com and we will help you register. Thanks!