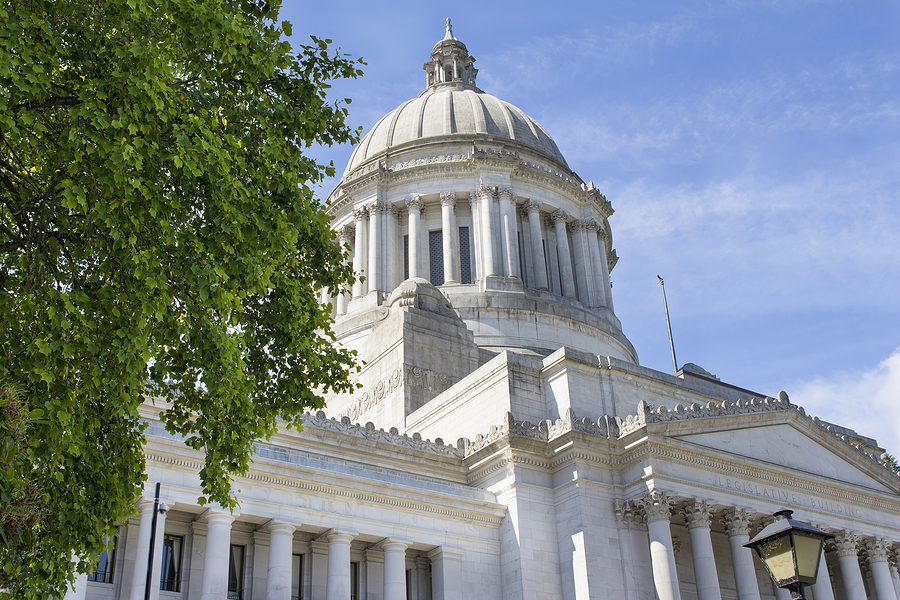 Democratic majorities may get bigger, not smaller

Instead of the shift toward Republicans in the Legislature that was widely expected earlier this year, it looks like Democrats may slightly expand their majorities.

On the Senate side, first-term Sen. Emily Randall, D-Bremerton, was leading Rep. Jesse Young, R-Gig Harbor, in the 26th District, generally considered to be Democrats’ most vulnerable seat. Democrats pulled out all the stops for Randall, including spending many millions to lower the toll on the Tacoma Narrows Bridge.

Meanwhile, Rep. Sharon Shewmake, D-Bellingham, was leading 22-year-old Sen. Simon Sefzik, R-Ferndale, up in Whatcom County’s 42nd District. If that result holds up, Shewmake will be 2-0 against Sefziks; the Western Washington University economics professor beat Sefzik’s mother to defend her House seat in 2020. The Whatcom County Council appointed the younger Sefzik to replace the late GOP Sen. Doug Ericksen, a move widely viewed as the council doing Shewmake a solid.

In south King County, Democrat Claudia Kauffman is leading Kent City Council President Bill Boyce in the 47th District, which is open but currently held by a Democrat. The independent bid by former Republican Party Chair Chris Vance to unseat Sen. Phil Fortunato in the heavily GOP 31st District looks like it will come up short.

If all those results hold up, the Senate majority will expand one seat, to 29-20, likely further emboldening the progressive wing of the caucus.

On the House side, Democrats could pick up three seats, although one of their potential pickups seems shaky given recent news. In the Whidbey Island-centered 10th District, Democrat Clyde Shavers is leading first-term Rep. Greg Gilday, R-Oak Harbor. That early vote was likely cast before the Greek-tragedy element of that race emerged last week, revealing that Shavers had significantly exaggerated elements of his resume. The late vote may well swing Gilday’s way. Gilday’s Democratic seatmate, Rep. Dave Paul, considered the most vulnerable House D, was also leading.

Democrats are also leading in both House seats in the 42nd, the 44th in Snohomish County, and the 28th in Pierce County. All six seats had been considered vulnerable early in the campaign.

And Democrats are eyeing two pickups. Democrat Adison Richards is leading in the race to replace Young in the 26th District. And down in Clark County’s 17th District, Democrat John Zingale leads Republican Stephanie McClintock for an open seat currently held by a Republican. The aforementioned Vicki Kraft was drawn out of the district when it was significantly changed in last year’s redistricting process.

If those results hold up, Democrats’ edge in the House would expand to 60-38.