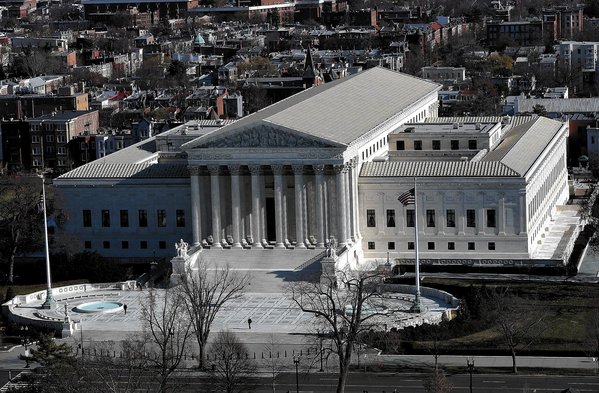 The U.S. Supreme Court announced last month that it will reconsider whether public sector unions can require workers who receive the benefits of a collective bargaining agreement to pay a fee for services. If the court rules as expected, paying union fees will soon become optional for all state, city, county and municipal employees. The union will still be required to provide services to all non-payers – but for free.

The Janus v. AFSCME case is about two things that go hand-in-hand: greed and politics.

The conservative groups behind the lawsuit – and the right-wing billionaire industrialists who fund them – want to further rig the economic rules in their favor. They hate unions because they empower workers to get higher wages and better benefits. They don’t believe working people deserve the same freedoms they have, to negotiate a fair return on their work, so they want to kneecap unions and undermine workers’ freedom to join together.

Under existing law, Americans already have the right to withdraw from a union. However, in Washington and 21 other states, workers who withdraw must still pay a fee covering their fair share of the cost of negotiating and enforcing the contract. This fee deducts costs of political and other activities not related to the contract from the union’s regular dues.

The remaining 28 states have so-called “right to work” laws that ban employers and their employees from agreeing to such contracts. Paying dues or fees is entirely optional and, in fact, actively discouraged in those states. These laws are working as intended to weaken organized labor. Union membership – and wages – are far lower in “right-to-work” states.

The Janus decision will essentially impose “right-to-work” nationwide for public employees. Given that 34.4 percent of public-sector workers nationwide are unionized, a rate five times higher than in the private sector, this case is intended to be a financial death blow for unions.

For years, the right-wing State Policy Network of tax-exempt think tanks in every state – including the Freedom Foundation here in Washington – has spent millions on advertisements urging workers to quit their unions. But more recently, they have used public-record requests to get employees’ home addresses and are literally showing up on their doorsteps. In Olympia at Christmas-time, the Freedom Foundation hired a guy to dress up as Santa and stand outside a state office building ringing a bell and handing out union withdrawal cards. His sign read: “Give Yourself a Raise.”

They didn’t get raises when this happened in Wisconsin. State employees got pay cuts and, in some cases, lost their jobs. After Republican Gov. Scott Walker and the Republican Legislature imposed “right-to-work” laws, they cut state employment by increasing caseloads and cut wages by the equivalent of 8-10 percent in take-home pay by increasing employee contributions to health care and pension benefits. The financially crippled unions no longer had the power to stop them. 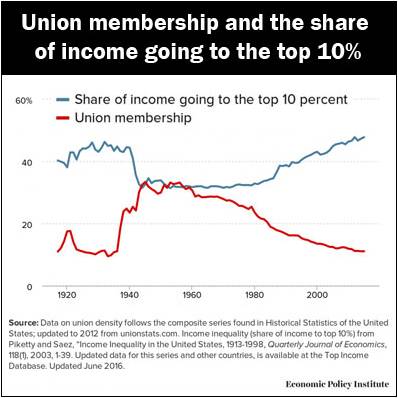 If you’re not a union member or not a public employee, you might think this doesn’t affect you. You’d be wrong. There is a direct correlation between lower union membership rates and greater income inequality. There also is plenty of evidence that having fewer unionized workers means lower pay for everybody.

In addition to weakening unions, the goal of Janus is nothing short of defunding the American left. As reported in The Guardian, the case is part of a well-financed long-term campaign to “defund and defang” public-sector unions as the first step towards ensuring the permanent collapse of progressive politics.

It’s no secret that public employee unions tend to support Democratic and progressive politicians who support them on raising the minimum wage, paid family and medical leave, and the freedom to join together in unions. In addition, many consider the unions to be the last line of defense against conservative efforts to privatize Social Security and Medicare, repeal the Affordable Care Act, and eliminate worker safety-and-health standards.

The Janus case, which will likely to be decided in spring 2018, is yet another political attack on American workers. Powerful interests aim to gut one of the last remaining checks on their control. But as we always do, organized labor will fight back. In this case, we are mounting an unprecedented internal organizing campaign about the importance of unity and the truth about the powerful corporate interests that want to take away our freedom to join together.

David Groves is Communications Director for the Washington State Labor Council, AFL-CIO, and Editor of The Stand (www.TheStand.org).