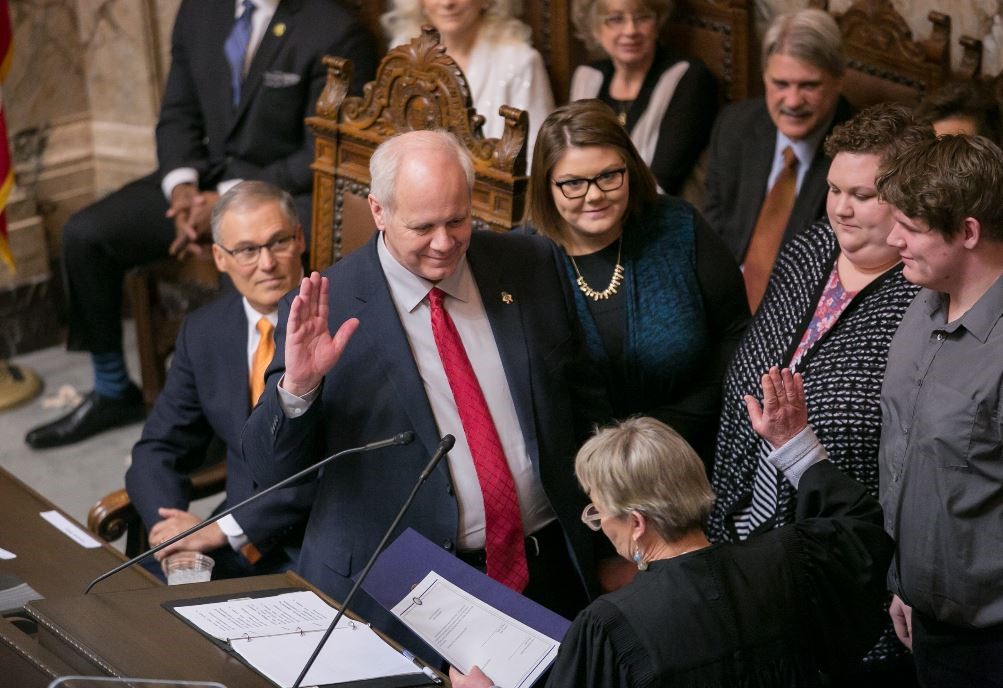 It takes a lot of time and dedication to build a good reputation but it takes only one bad choice to destroy it in an instant. As state treasurer, I carry this lesson with me every day as I work with other state officials and dedicated treasury staff to manage our state’s finances in a prudent and productive manner.

Unfortunately, our state’s reputation and credit rating are being put at risk as the budget stalemate continues in Olympia.

Nationally, Washington state has an excellent reputation for managing its finances. We have one of the most diverse and robust economies in the country. According to a recent ranking, Washington’s economy ranked first among all 50 states. The study ranked the states based on economic activity and health as well as innovation potential. Washington was the only state to rank in the top four in all three categories.

Washington’s capital construction and transportation infrastructure financing costs are at near record lows because of already low national interest rates combined with our solid financial reputation and high credit rating.

State credit ratings are assigned by the major rating agencies. If our rating is downgraded it increases the interest rate we pay on new debt. Since 2012, Washington has borrowed (or refinanced) between $2.2 billion and $4 billion annually, so any change in interest rate can be very significant. Our state’s high credit rating is determined by several weighted factors — one of which is prudent governance. This is one factor over which the Legislature has considerable control.

If the Legislature and Gov. Jay Inslee do not approve a biennial budget by Wednesday, thousands of state employees will begin receiving layoff notices. State agencies, including my office, are currently in the process of making contingency plans for operations in the event of a government shutdown.

If this were to happen, our highly regarded reputation for sound fiscal management could be significantly harmed, potentially triggering higher costs for financing roads, bridges, schools and other projects. In short, we would take a big step toward operating like the “other” Washington, which is not an example we wish to emulate.

Rather, we should be trying to distance “our” Washington from the hyper-partisanship, brinkmanship and loose budget deadlines that unfortunately have long been the rule in Washington, D.C.

One lesson I learned from a lifetime of public service is that progress requires communication and compromise. That is how I approach my new role as state treasurer, I have tried hard to build a bipartisan team within my own office, working with all sides to get things done for the people of the state of Washington. I believe this is how the Legislature must operate in order to get the job done.

The task before them is more difficult than most imagine and I do not claim to have all the answers. But I do know this — the solution will require listening, appreciating other points of view and genuine compromise. It is time — time to put politics aside, time to focus on the greater good, time to meet our paramount duty, and time to maintain the quality reputation for fiscal responsibility that took so long to build.